Tony Speciale, a playwright who is the founder of Plastic Theater, has been intrigued by the true events surrounding Harvard’s Secret Court of 1920 for almost 18 years. In 1920, Harvard formed a secret court to handle accusations of “homosexual activity” following the suicide of one student. Men both connected and unconnected to Harvard were investigated, ultimately leading to the court finding 14 men guilty and instructing them to leave Cambridge, Mass. immediately. Several former students were blacklisted by Harvard to any future employers or universities that they tried to attend. These events went unreported until 2002.

Speciale talks about his process from first finding out about these events to developing his play about them.“Unnatural Acts” is a piece of devised theatre created by a group rather than a singular playwright, through research, improvisation, and experimentation on your feet. A production of “Unnatural Acts” is set to open at SUNY New Paltz in February and March 2022.

The following article details the experiences of Tony Speciale as told to Ashlie Morrison, and has been lightly edited and condensed by The Little Rebellion staff.

I first read about Harvard’s Secret Court in 2003 in an exposé article in Out magazine which a friend of mine had a copy of. The magazine referenced the initial article from The Harvard Crimson, a daily college magazine that was credited for unearthing the scandal. At the time, the true events had happened over 80 years ago, and I thought the fact that the stories of these young men hadn’t been told because of the stigma surrounding being gay was just awful. My friend generously allowed me to rip out the article so I could add it to a folder of material I collected for potential theatre projects.

A few years later, in my second year of grad school at Columbia, I was taking a class called “Materials.” Our assignment was to pick a dream project to work on over the semester with the support of our classmates and professors. I chose the story of Harvard’s Secret Court. Originally, it was set to be included in a play festival at Columbia. I had never written a full-length play on my own, so I recruited my classmates, Nick Norman, a playwright, and Heather Denyer, a theatrical literary advisor, to collaborate on the project. Heather got access to the actual archives from Harvard and we went forward deciphering the documents. At the time, all the names were redacted, but since then I believe the unredacted documents have been released. There were over 500 pages total, so it was a lot to go through, but the work was important to me. I wanted to try to give voice to these men who have been silenced for so many years.

The festival ended up being canceled but I kept working on the project as part of my class, as well as after my graduate studies. Unfortunately, Nick had to step away from the project because of other commitments, so we brought on another playwright. Heather and I worked with the second playwright for a while, but we ended up parting ways due to artistic differences. Ultimately, I decided to start over from scratch and I thought the best way to tell the story of a group of friends was to co-write it with a group of friends. So I called up 14 of my closest colleagues, including Nick who was available again, to develop the piece with me.

Each actor took on a specific historical character, did research into them, and presented their backstory to the rest of the group. From there we moved on to long-form improvisations and composition work and recorded everything we did. During our sessions, I would set the scene and the actor-writers would improvise moments and scenarios based on our collective research. We did this for an intense five weeks and then brought in a test audience of our friends and family for feedback. One of my teachers and mentors, Anne Bogart, is well known for her work exploring movement through tempo, duration, repetition, and other elements of time and space, so I’ve always felt physicality is an important part of my work as a director and storyteller. We played a lot with a gesture and movements to help tell the story.

We did several more workshops after the initial phase. The play ended up getting picked up by Classic Stage Company, where I was in residence at the time as the associate artistic director. As we continued to refine it, we distilled the writing team to seven people, and then to three: Heather, myself and one other actor. We focused on streamlining the play, making sure character arcs and plotlines were properly set up and followed through. Even though we were making cuts, we wanted to make sure we weren’t depicting anyone untruthfully. We had a lot of important discussions about what was ethical in terms of handling historical characters, but ultimately we gave ourselves poetic license to cut and conflate in order to best serve the story since we weren’t creating a docu-drama.

When the play premiered it was received mostly positively by critics and audiences alike, playing to sold-out houses Off-Broadway. The run was extended three times. However, I never felt like we were finished developing it, or telling the story. Since then, each group of actors who has worked on it with me has brought different perspectives to the play. I’ve continued making revisions. Currently, the play is about 40% different from the original script.

Looking back, it was a really special process devising this particular show this way, but I don’t think I could do it again, at least not in the same way. Fifteen schedules are a lot to organize. Since the original production, I’ve done several readings and workshops of the play, including one at Harvard with their undergraduate and graduate students. Every opportunity I get to revisit the play to tell these men’s stories, I refine the script based on new discoveries. The play has also been used to help raise money for important causes like The Trevor Project, an organization working to prevent suicide in LGBTQ+ communities. As I look forward to next semester, I’m excited to have a chance to direct the full play with SUNY students who are the same age as the men who were silenced by Harvard’s Secret Court.

Ashlie Morrison is a senior originally from Rochester, N.Y. studying theatre and journalism. She has written pieces for The Teller, The River, and The Little Rebellion. She hopes to continue to pursue her curiousity in a variety of topics through journalism.

Thu Dec 2 , 2021
The Huntington Fall Festival is a classic Long Island event. Every year on Columbus Day weekend, the four-day festival takes up Hecksher Park and the surrounding roads. The family-friendly event includes rides, games, food, live music and more. This year, for the first time since COVID-19, the fair took place […] 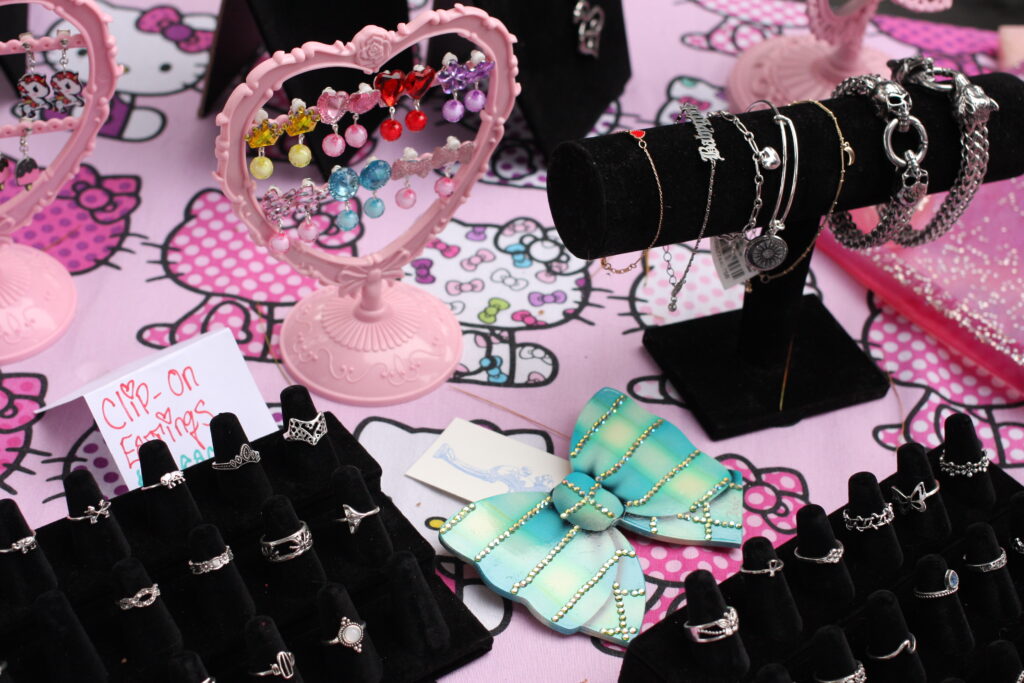