The University Police Department (UPD) at SUNY New Paltz issued a safety alert earlier this month regarding an incident familiar to college campuses across the country: sexual violence.

According to the National Sexual Violence Resource Center, one in five women and one in 16 men are sexually assaulted while in college.

In an effort to combat this issue, Gov. Andrew Cuomo implemented “Enough is Enough,” a new law that requires all colleges in New York state to adopt uniform guidelines and procedures for sexual assault cases, according to the official website of New York state.

The law establishes a “Yes Means Yes” policy with a statewide definition of affirmative consent as “a clear, unambiguous and voluntary agreement between the participants to engage in specific sexual activity.”

“Twenty years ago, they had the ‘No Means No’ campaign and it encapsulated how the nation looked at that issue,” said Tanhena Pacheco- Dunn, Title IX coordinator at SUNY New Paltz. “A ‘Yes Means Yes’ policy represents an entire new way of thinking; it talks about incapacity, the inability to be knowingly involved, and the connection between drugs and alcohol.”

This institutional shift in ideology comes in response to a letter issued by the Department of Education in 2011 that said colleges must focus on prevention of campus sexual assault or face possible penalties.

But, for SUNY New Paltz the legislation simply reinforces and expands upon policies already in practice.

Brenden Garcia, coordinator of Oasis and Haven, a peer counseling center at SUNY New Paltz, had the privilege of witnessing one of these policies in action.

He attended this year’s freshman and transfer student orientation, which has integrated a Title IX program, bringing  together students of both genders to talk about sexual education and the college’s policy on sexual assault.

“Five years ago, students were divided by gender and it was very much a heterosexual, cisgender discussion where the male is portrayed as the seeker of sex,” Garcia said. “That message is still perpetuated in some ways, but I’m glad SUNY New Paltz has shifted away from minimizing women as sexual beings and villainizing men.”

In fact, Dunn was the only active Title IX coordinator for a college asked to be a part of the state task force that wrote the original recommendations for the law, including orientation program reform.

“We have been doing Title IX work and dealing with sexual assault for a long time,” Officer Jenelle Kelsey of the UPD at SUNY New Paltz said.

Kelsey is one of the instructors of the Rape Aggression Defense System class (R.A.D.) on campus, which aims to prevent situations of sexual assault by empowering women with self- defense techniques.

Responsibility and education are key to combat campus sexual assault, according to Kelsey, and the White House is delivering a similar message.

Last year, President Barack Obama and Vice President Joe Biden launched the “It’s On Us” initiative, asking everyone to make a personal commitment to be part of the solution to campus sexual assault. The campaign has grown into a national movement with Biden visiting colleges and universities, urging students to stand up for sexual assault survivors and not remain bystanders, according to the official White House website.

Earlier this month, College Humor released a PSA in conjunction with “It’s on Us,” to put the urgency of stopping sexual assault in perspective by asking: “What if bears killed one in five people?”

While the initiative has led many students, including at SUNY New Paltz, to take the pledge against campus sexual assault, an unfortunate fact remains.

Fewer than 5 percent of rapes of college women are reported to law enforcement officials, according to the National Institute of Justice.

Chief David Dugatkin of the UPD at SUNY New Paltz appreciates what the governor and the College are doing, but would “love to see more awareness to make survivors feel more comfortable coming forward.”

However, survivors who report their sexual assault face a traumatic and complicated process, in which their case is often difficult to close due to a wide range of issues, such as an unknown assailant or lack of substantial evidence for the district attorney, Dugatkin said.

A new documentary, The Hunting Ground, examines the institutional layer of this “complicated” process, claiming many colleges and universities in the United States blame the sexual assault survivors and push their cases under the rug, so the institution’s reputation is not tarnished.

Although the documentary is facing severe criticism from certain institutions of higher learning, Kelsey believes it shows a sad reality.

“Certain campuses want to be seen as safe, so they don’t report rape or sexual assault cases,” she said. “Shame on them!”

Despite progress at both the national and state level, there might never be enough to fully rid college campuses of sexual assault.

But, educational and legislative reform are changing perspectives on how we talk about rape and sexual assault, which is necessary to further support survivors and prevent future incidents.

According to Dunn, we are onto a trend of understanding that sexual assault needs to be approached from all the ways in which it influences how it happens.

“It’s not just the philosophy of ‘maybe she shouldn’t be wearing that’ or ‘maybe she shouldn’t have too much to drink,” she said. “We should be educating young men on the role they can play in eliminating sexual assault and violence towards women. We need to pay attention to these issues in the LGTBQIA+ community and communities of color where we know that it’s happening, but it’s underreported.”

“I think we are really into a shift towards a holistic standpoint,” said Dunn. “It’s not from one perspective and not from one sound bite.”

Sun Nov 29 , 2015
A student sits inside the Lecture Center, trying to focus on the notes he takes when the quench for thirst hits him. He reaches into his bag to pull out a reusable water bottle, but it’s empty and the nearest water fountain is on the other side of the building. […] 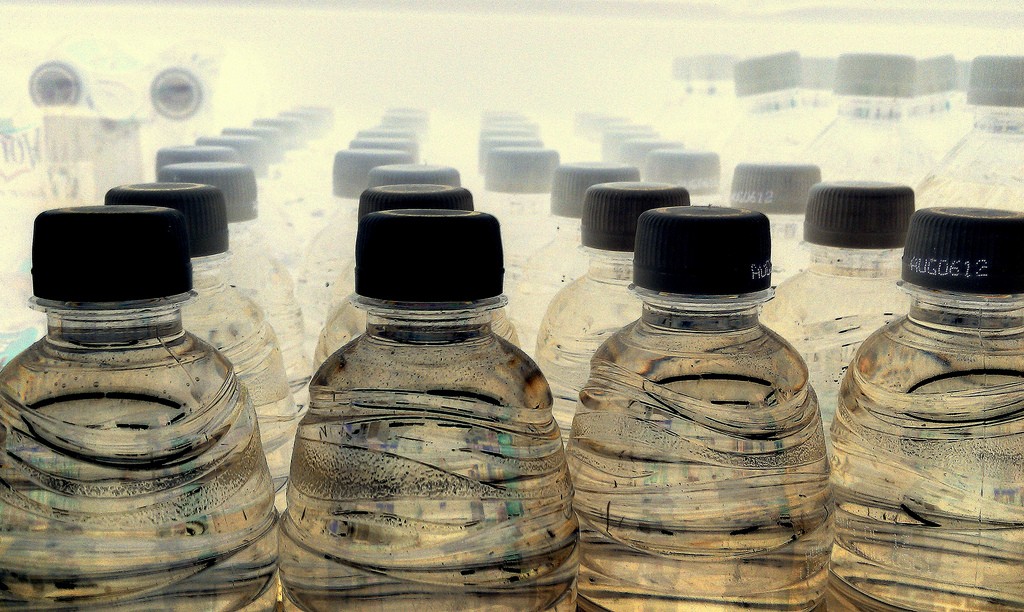