Typically the Student Union is empty during the weekend, but on Nov. 12 and 13, the building filled with students and locals ready for games, food and more at the sixth annual New Paltz Convention (NPC).

NPC is a joint event hosted by SUNY New Paltz clubs such as Gaming Society, LARP and Anime Club who run various video and card game tournaments, activities and performances from 12 to 10 p.m. The event is open to anyone for an entry fee of $2 for one day or $3 for both days for students, and $4 or $6 respectively for the general public.

For this years event, the multipurpose room (MPR) was dominated by video games. The attendees not only played games such as Elder Scrolls: Skyrim and Rock Band, but also participated in Soul Caliber 4, Super Smash Brothers Brawl, Halo 3 and Super Street Fighter tournaments. There was even a blindfolded Wii boxing match.

“It’s amazing, people from outside and inside the school coming together to have some fun,”  fourth-year and four-time Brawl tournament winner Levi Verges said. “It just brings people together and that’s what it’s all about, playing and meeting new people.”

In Student Union 100, the Anime and LARP clubs set-up shop, providing cake and drinks along with various games such as the “Who Done it?” mystery game inspired by Death Note, and a “cosplay” competition where those dressed as characters were judged for their creative outfits. The clubs also hosted a Boffer tournament, where competitors dueled with foam weapons, as well as “Yu-Gi-Oh” and “Magic: The Gathering” card game tournaments.  Also returning this year was Humans vs. Zombies, taking place on the concourse.  This year featured a panel discussion by Megami33 and KrisRix from the cast of Sailor Moon Abridged.

Dragon’s Den, a gaming shop, had a booth as well, selling themed snacks, trading card packs and decks, video games and even old gaming consoles like the Nintendo 64 and Game Boy Advance.

New guests included  a panel with Michele Knotz, voice of the character Jessie and many others in the Pokemon cartoon, “To Be Announced” (TBA) improv group and the Alpha Psi Ecdysia burlesque troupe. The latter provided two acts: the first a mock pokemon battle/catfight with a woman dressed as Pikachu and the other dressed as an Espion, and the second, a strip show with Batgirl and Poison Ivy. Finally, Minotaur’s Redemption, a local mythology themed melodic thrash-metal band comprised of SUNY New Paltz Alumni, finished off Saturday night with a concert in the MPR.

“It’s great to see such large variety of people at these things,” student volunteer Barbara Pachter said, as she helped clean up for the night. “This is my second time volunteering for this event. It was a ton of fun and I was glad to help out with it.”

Thu Dec 1 , 2011
Facebook          The dreaded Facebook update season is here. The only thing more annoying than Facebook changing is having everyone complain about how they hate the “new Facebook” on the website itself. Is this layout worse than the last? Are people just afraid of change? One interesting change is the fact that […] 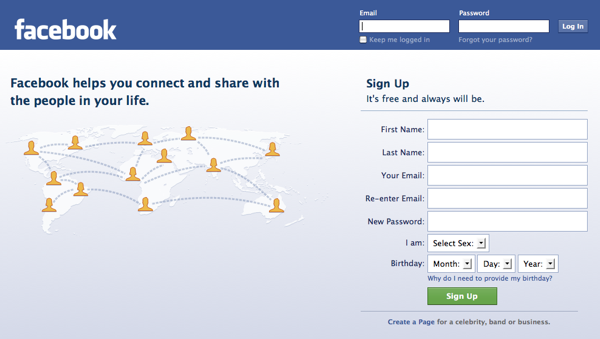