For two weeks in April, journalism majors will hear first-hand accounts of reporting in the Middle East including car bombings, journalists kidnappings, constant fear, all through the medium of radio news.

Phillips said she’s been eyeing Amos ever since she took charge of the Ottaway Professorship Program in 2010, which was initially coordinated by Robert Miraldi, professor of journalism. “She’s going to be amazing,” Phillips said. “She has, periodically over her career, worked with college students.”

The Ottaway Professorship has brought a number of journalists from various forms of news outlets, but this year will be different. Amos will be the department’s 12th Ottaway professor, but will be the first radio journalist in New Paltz history.

Over the course of her time at New Paltz, Amos will be working hands-on with students with an emphasis on storytelling, she told The Little Rebellion. Though she admits that two weeks is not the usual time-allotment for an Ottaway professor, she said she looks forward to having conversations with students on narrative journalism before returning to Syria.

“In a world where everyone is on Facebook and tweeting, people respond to the style because narrative is so easy to understand,” Amos said. Given that foreign news can be difficult to understand, she uses the stories of people and families to tell the story of what’s happening in the Middle East.

Foreign news stories might be difficult for students to wrap their heads around given that events are far from home, but Phillips said that Amos will deliver an experience which is hard to implement within the Communications and Media Department.

“I think that it’s hard to get global issues into the journalism program,” she said. “This is a way we can inject [them] into our consciousness and program.”

During her visit, Amos said she hopes to do a lot of listening and critiquing with students. She’ll also be speaking at two public appearances on Tuesday April 6 at 6 p.m. in the Honors Center and Thursday, April 18 at 7 p.m. in the Coykendall Science Building auditorium.

One person who hopes to attend both of the events next month is James H. Ottaway Jr. He began the Ottaway Professorship through a donation to SUNY New Paltz in honor of his father, James H. Ottaway Sr. He said that Amos was a perfect choice because she is an inspiration to women journalists.

“She’s a great role model for women reporters and for men and women who are interested in doing serious reporting about very difficult foreign civil wars and conflicts of all kinds,” he said.

Ottaway also commented on bravery and imaginative storytelling through conflicts in Syria. He said that students are very lucky to work with such a high quality journalist and to learn from her work ethic.

Although brave, Amos said she is still afraid when reporting from Syria. She said that while working in such borders, you must be aware of your surroundings. “Pay attention to what you’re doing,” she said.

Amos said she didn’t study to prepare for a career in foreign news, but she did learn to take what came her way. She said you never grow up thinking “you want to take risks” in journalism. She advises students to be open to all possibilities when reaching for success.

“Don’t go into the business thinking I’ll do this, but I won’t do that,” she said.

From Food Scrap to Fertilizer: Changing Old Habits on Campus

Thu Apr 4 , 2013
Although The Princeton Review ranked SUNY New Paltz one of the country’s “most environmentally-responsible colleges,” students and staff are trying to take the school’s sustainability even further by increasing their level of composting. Composting is the practice of breaking down organic food waste into viable plant fertilizer, an environmentally sustainable […] 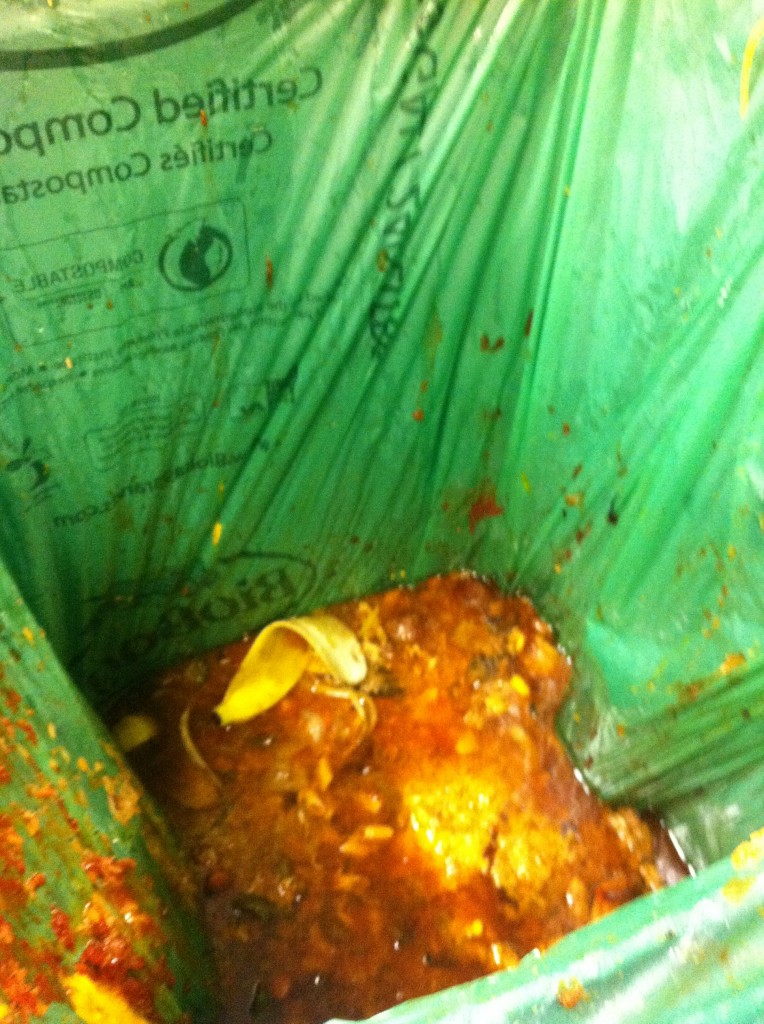