In the corner of a study room in the Sojourner Truth Library Gabrielle Segal sits leaning into her laptop screen, listening to her father’s queries about her love life, the condition of their family home, and school. A couple of times a week Gabrielle speaks with her father, who is seven time zones away in Israel, for a half-hour using Skype.

“When we were home I kept bugging Jordan about cleaning up after himself. He was leaving crumbs all over the place. Then he asked, ‘Isn’t it weird that we don’t have to impress Abba?’ And I said, ‘I never try to impress dad, I clean up because it’s disgusting to live in dirt.'”

Three weeks ago Segal’s father, Amos, left for Belgium, leaving Gabrielle Segal and her twin brother Jordan Segal behind in the United States. He is trying to find a job that would support them financially.

With their father out of the country the siblings are on their own. Their mother lost her battle with breast cancer in 2010.

“He lost his job when I was in the 12th grade and he still doesn’t have a job,” Gabrielle Segal said. “He went back to Belgium recently to look for work.”

The kids are both in college. Gabrielle Segal attends SUNY New Paltz and her brother goes to Bard College , which is about 40 minutes away. They have an older brother who lives independently in California and doesn’t offer much financial support.

Recently she and her brother visited their house in New York City because their father asked them to visit their family home at least once a month to check the mail and keep up the house. They had to give away their cat because there will be no one living in the house.

“The cat was like a huge presence in our house,” said Gabrielle Segal. “It was really weird being in the house without my cat.”

She said the absence of her cat made the house feel different and less like a home. It felt more like a pit stop. It also made her realize how vacant the house will be from now on.

Gabrielle said she didn’t really feel the absence of her parents until she caught the stomach flu the day after her father left for Belgium.

“I was just thinking like I wanted other people to get me water and bring the bucket to me but I was doing it by myself, ” said Gabrielle Segal. “I felt so alone.”

She said she finds herself taking on the role of her parental figures, especially her mother’s hospitality. The last time she went home, she and her brother had friends over at the house.

“I felt like I owned the house,” said Gabrielle. “I had to be the one to like clean up [and] give them pillows and everything.”

Segal knows things are different now, but she doesn’t think that her family has been as devastated about the situation as others.

“I wish I was still a child so that I wouldn’t have to deal with anything,” said Segal. “It sucks, It really sucks, but it could be so much worse.”

Gabrielle Segal and her brothers resided in New York City when they moved to the United States where they were also supported by their mother who didn’t have a well-paying job. Gabrielle who considers herself and her family to be “upper middle class,” received a private school education throughout elementary and middle school. She attended Fiorello H. LaGuardia High School of Music & Art and Performing Arts high school, a specialized public high school.

It’s been nearly three years since her father lost his job. Amos used to work in the diamond industry in Belgium. He stayed there after his wife and three kids migrated to the United States in 1993. Amos stayed behind because he had a well-paying job and needed to support his family.

“I’ve always kind of struggled with my dad not being there because he stayed in Belgium,” said Gabrielle Segal. “I got to see him like once a month or something like that.”

After Amos lost his job, he came to the United States in June 2009. He took care of the family as his wife’s condition worsened.

Gabrielle said that the recession has been both a blessing and a curse for her family because she’s gotten to know her father because he lost his job.

During their Skype session Segal learned Amos is currently in Israel for a potential job opportunity and will be traveling to Dubai soon. “Can you still Skype me from Dubai?,” Gabrielle asked her father. “Maybe you can show me the tallest building in the world?”

Thu Apr 26 , 2012
“There will always remain the reality of the Holocaust, and with that, the task of explaining it,” said Gerald Sorin, director of Jewish studies at SUNY New Paltz, addressing a packed room in the Lecture Center Wednesday evening. This past week marked the official 2012 Days of Remembrance, an annual […] 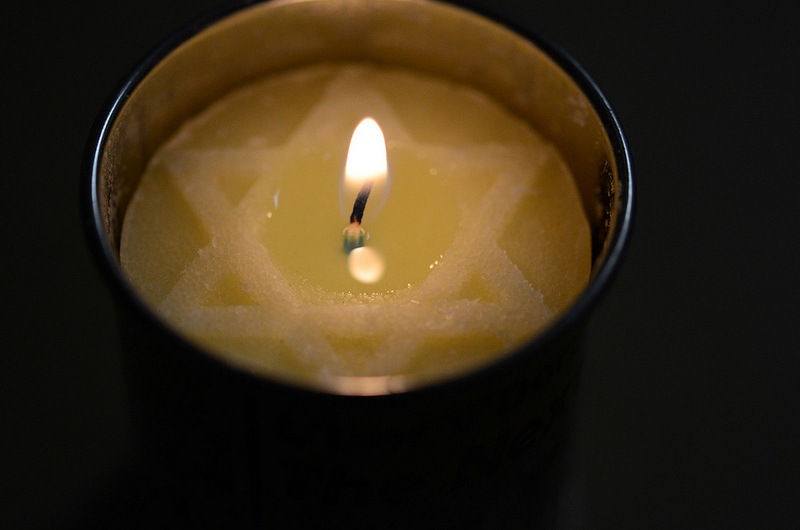