I love the movie channel here on campus. It’s great for showing recent movies, or amazing older ones. The other day as I was flipping channels, I landed on The Kids Are All Right, a movie I’d wanted to see in theaters but never got around to watching. Luckily, I caught it from the beginning, and was not at all disappointed.

The Kids Are All Right stars Julianne Moore and Annette Bening as a lesbian couple with two teenage children who seem to have a perfect marriage. Nic (Bening) is a successful doctor, and Jules (Moore) is a housewife trying to start up a landscaping business. Things get tricky when their children seek out and find the sperm donor their mothers used.  Paul, the donor, is played masterfully by Mark Ruffalo. Paul comes in and instantly wins over the kids, and Jules, while Nic remains skeptical.

Feeling unappreciated by her wife, Jules begins an affair with Paul, and must grapple with the guilt of leading two lives. When the affair is exposed, all hell breaks loose.

What I like about the movie is that each of the adult characters are compelling in their own way. On the surface, Nic may seem like an over-bearing alcoholic, but she really is just struggling to keep her family together. She is threatened by Paul, who is easy-going, care-free and fun. Jules feels trapped in her life, and suffers the kind of identity crisis that I’m sure many people can relate to.

The film treats Jules and Nic as a regular couple; they have their ups and downs, and are forced to analyze their relationship. That they are lesbians isn’t a novelty, but simply a fact. It’s not the main focus of the movie, the issues in their relationship is. I really got a sense that Moore and Bening cared for each other as a couple who has been married for 18 years would, which makes the story believable.

The kids, played by Josh Hutcherson and Mia Wasikowska, further the story along, but don’t add much to it, despite the film’s title. They’re there, they interact with the adults, and that’s pretty much it. We can see Paul’s influence on them from time to time, but the movie’s focus remains on the love triangle.

Both Bening and Moore are garnering Oscar buzz for their performances, and will apparently be competing for the Best Actress trophy, with Bening rumored to be the frontrunner. Knowing that going in, I expected to be blown away by her performance, and I completely was. She makes Nic, an uptight, mostly unpleasant woman, into a sympathetic character. I felt sorry for her, which really says something about the way she is portrayed. I’ll be rooting for her come award season.

Thu Dec 9 , 2010
Whether we like it or not, the world is on it’s way to becoming completely digitized. Those who continue to deny the technological revolution, with newspapers and CDs clutched tightly in their hands, will simply be left behind. The United States military forces have been quick to recognize this and […] 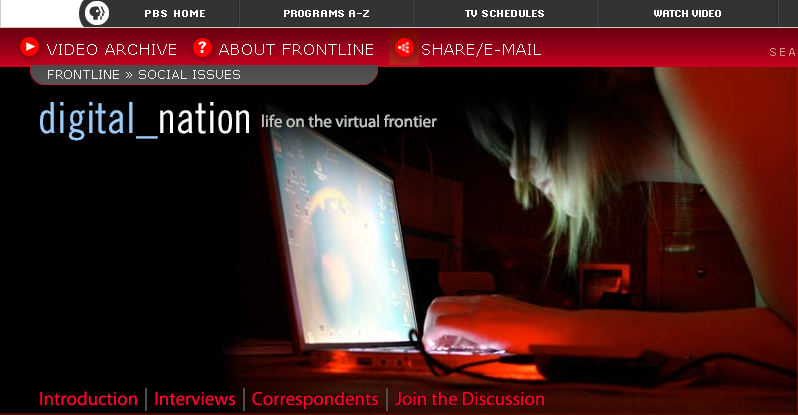