Mean Girls was funny. Baby Mama had me in hysterics and The 40-Year-Old Virgin is one of my all-time favorite movies. Surprisingly, I even liked Evan Almighty. I, like many others, happen to think that Steve Carell and Tina Fey are funny people. In fact, they’re so funny, it’s not unrealistic to think a collaboration between the two would yield fantastic results.

I hate being wrong.

When I first saw the trailer for Date Night about a year ago, I was really excited to see the movie. Being a fan of both Carell and Fey, I assumed it would be hilarious. It kind of was. But not really.

The film tells the story of Claire and Phil Foster, a married couple (Fey and Carell) from New Jersey who are desperate to add some excitement to their humdrum lives. On their date night, they go into Manhattan and end up stealing a dinner reservation at a popular restaurant, which results in utter chaos. While running from two men trying to kill them because of their “stolen identities,” the Fosters encounter a wild cab ride, corrupt policemen and Mark Wahlberg without a shirt.

Date Night does provide some laughs, particularly in the scene featuring James Franco and Mila Kunis as the couple the Fosters inadvertently posed as. The problem is that they are few and far between. There are far too many implausible action scenes where the jokes fall flat.

The film has an all-star cast, beyond Carell and Fey. Academy Award nominee Taraji P. Henson co-stars as the detective trying to make sense out of the jumbled story the Fosters tell her. Mark Ruffalo and Kristen Wiig make appearances as friends of Phil and Claire’s who are divorcing, prompting the Fosters to question their own marriage. Gossip Girl’s Leighton Meester cameos as the Fosters’ babysitter.

Overall, it was an okay film. Fey and Carell were funny, but not up to their usual standards. I expected hilarity, not mediocrity. There needed to be more scenes of wisecracking Fey or awkward Carell and fewer pointless cameos (I’m talking to you, will.I.am).

I’d love to see these two in another movie together, one where their talents aren’t limited to jokes about genitals.

Thu Apr 14 , 2011
In the months and years following the events of September 11, 2001, Ray Suarez says the American news media became much more patriotic, which damaged its unofficial title as the “fourth estate.” Suarez, an award winning broadcast journalist, was the featured guest at the Distinguished Speaker Series held at the SUNY New […] 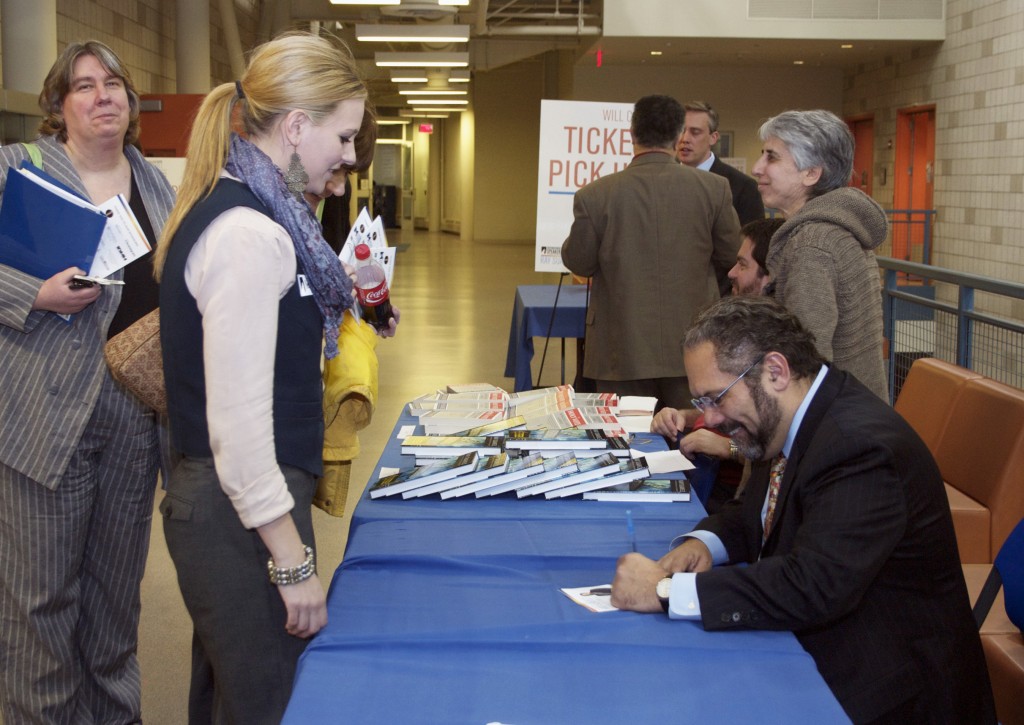