From the ailing elderly to the young with pre-existing conditions, small business owners to students at the State University of New York at New Paltz and beyond, discussion of the recent passage of health care reforms continues as American citizens wait to see how the new legislation will be implemented by the federal government in the coming years.

In late March, President Barack Obama signed America’s Affordable Health Choices Actinto law after its passage in Congress. According to Speaker of the House Nancy Pelosi’s website, three panels with jurisdiction over health policy in the House of Representatives worked as one committee to develop the bill.

Proponents of the legislation like Rep. Chris Van Hollen (D-Md.) said the bill will provide “billions of Americans who do not have affordable, quality health care” with coverage they deserve. Van Hollen said that what he feels are sweeping reforms are worth their price tag, in spite of the poor national economic climate.

“The cost of doing nothing and protecting the status quo is far too great,” he said. “We recognize that a whole lot of people have fallen through the cracks, and the system was not working.”

Within its first year of passage, the legislation will allow for a $250 rebate to be distributed to senior citizens nationwide in efforts to supplement so-called “holes” in Medicare prescription drug coverage; changes will continue to be made to this program through 2014, particularly in the area of tax deductions. The bill will also impact the young during its first year on the books, as insurers will no longer be able to exclude children with pre-existing medical conditions from coverage.

Another element of the bill allows for young adults to stay covered under their parents’ insurance plans until they are 26 years old. According to Thomas Bates, vice president of civic engagement for the Rock the Vote campaign, half of Americans under the age of 26 are in some sort of medical debt. He said that this is why the passage of America’s Affordable Health Choices Act was important for the American youth.

“I think that young people have the most to gain, since they have some of the highest rates of uninsurance,” he said. “Their voices should not be drowned out by partisan politics.”

According to Rep. Timothy Bishop (D-N.Y.), opponents of health care reform said the addition of the Student Aid and Fiscal Responsibility Act (SAFRA) to the reconciliation bill was a political move made by Democrats in Congress to force the passage of health care legislation. He said that some felt that having SAFRA—which aims to create more funding for the federal Pell Grant program and encourage colleges to move toward direct lending systems—hit the Congressional floor at the same time as America’s Affordable Health Choices Act was an attempt by Democrats to garner votes for health care reform.

However, Bishop said the two were voted on at the same time because Congress can only pass one reconciliation bill per session, and legislators felt that reforms to both the higher education and health care systems were of high national importance.

“Having all of this legislation pass was one great opportunity,” he said. “However, it was never our intent to just get votes for health care reform.”

The implementation of changes to American health care, including Medicare adjustments, policies that will require companies with fewer than 50 employees to offer health coverage and the eventual requirement that all citizens have some sort of insurance, will continue until 2018. However, Van Hollen said the process will be worth the wait for many Americans.

“We had to fix what was broken,” he said.

For further reporting on how health care reform impacts students under 26, CLICK HERE

For further reporting on how health care reform impacts those with pre-existing conditions, CLICK HERE

For further reporting on those who feel left out of the newly signed health care reform bill, CLICK HERE

For further reporting on those who oppose health care reform, CLICK HERE

Timeline by Charles B. Scribona

The Health Care Reform Bill and Debate on Dipity.

The Health Care Reform Bill and Debate on Dipity.

Thu Apr 29 , 2010
Faculty and students filed into the Honor’s Center, anxious to hear professors from the State University of New York (SUNY) at New Paltz read their original poetry. The room went quiet as Howard Good, one of the night’s featured poets, approached the podium to announce Dennis Doherty as the first […] 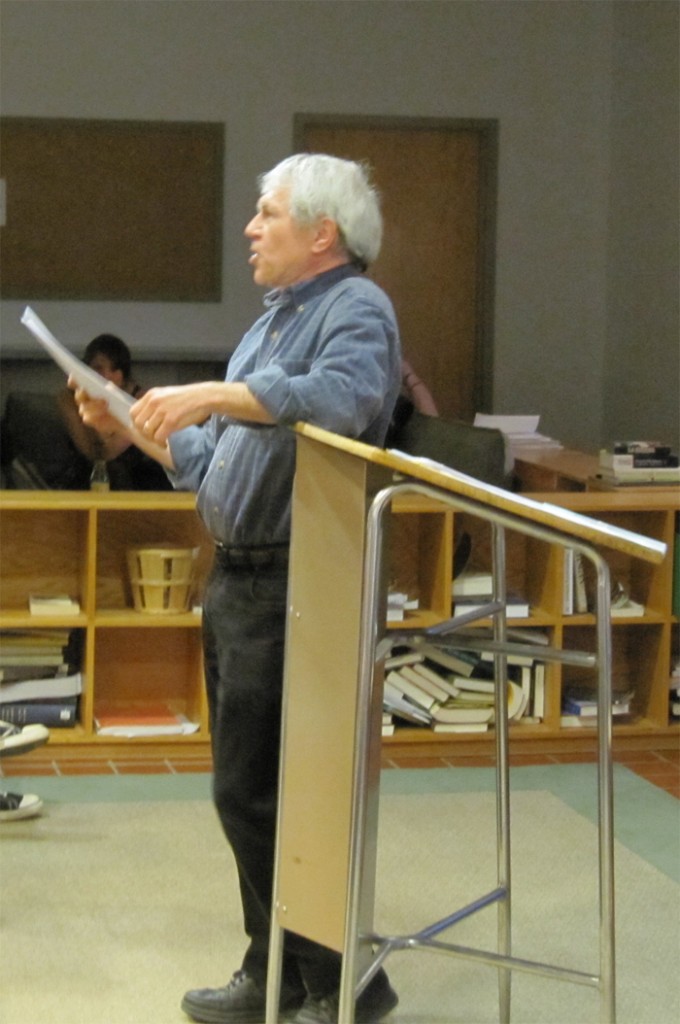