Audio production hardware and software have progressed significantly giving modern recordings a smooth crisp sound. But what kind of a toll has this new technology taken on the record industry as a whole?

It’s hard to say with complete certainty, but conclusions can be drawn from noticeable trends, and I’ll tell you one thing: neither musicianship nor corporate integrity have blossomed from this carrion flower.

Today anybody can become a producer. Simply buy a Macbook and an audio editing program called Garageband is already installed for you. Garageband is essentially a stripped-down version of Pro Tools, the program that is found in almost every professional recording studio in the world.

Once either of these programs are mastered, a user will be able to produce professional sounding music, voice-overs, homemade sound effects… anything you want. I see nothing wrong with this. In fact, I think it’s great.

The demon lies within plug-ins, which are add-ons that can be downloaded or purchased and applied within the software. My main gripe is with vocal tuning plug-ins.

The most commonly used vocal tuner is Auto-Tune by Antares Audio Technologies. With this plug-in, all the engineer has to do is enter the key or even the exact note desired and the software does all the work. Regardless of what note the vocalist sings, the predetermined note will be what comes out of the microphone.

This isn’t a tool utilized only by the untalented or the lazy, feeding vocals through Auto-Tune during recording sessions is almost an industry standard.

I can’t help but ask the question: Is this cheating?

Sure, it isn’t necessary for artists to use such tools. But if the technology is there, why not utilize it? Especially if it will make the final product sound better.

My problem is that regardless of technical ability or talent, anyone can now sound like a rock star. From a major record label’s perspective the script writes itself: find a pretty face, offer them a contract to sing marginally updated versions of last year’s chart toppers, let the computer handle the musicianship and release their album as the “next Abbey Road.”

Due to the coupling of technology like, but certainly not limited to, Auto-Tune and the trendsetting power of major record labels, today it seems as though almost every mainstream rock and roll band sounds undeniably alike and the timbres of every pop diva’s voice are almost identical.

This becomes confusing to the consumer. Who is talented? Who stinks? Who is honest? What is good music?

Believe me, I understand that art is subjective and what sounds like recycled Hollywood garbage to one person may be the anthem to another’s ear.

Be that as it may, I believe that music, as an art, should maintain a certain amount of dignity and integrity. I feel that the industry should have enough concern for the advancement of the art to not allow mediocre, digitally perfected music to flood the airwaves.

Over the past five years artists have taken the power back from record labels. Modern technology allows artsits to produce from their own studios, distribute via the internet and profit directly from the consumer.

My problem is that the technology is still being abused. In my eyes, there are plenty of good and honest musicians in today’s music scene. However, they take a lot more time to uncover than independent artists who simply choose to ride the coattails of T-Pain or Panic! At the Disco.

Lying to prospective fans is ultimately unfair to both parties.

Thu Oct 8 , 2009
After the first victory of the season, many college teams celebrate by drinking gallons upon gallons of free alcohol. Not the SUNY New Paltz Women’s Rugby team. They would much rather jump off steep cliffs into 45 degree water. On a recent Sunday afternoon about half the team trekked to […] 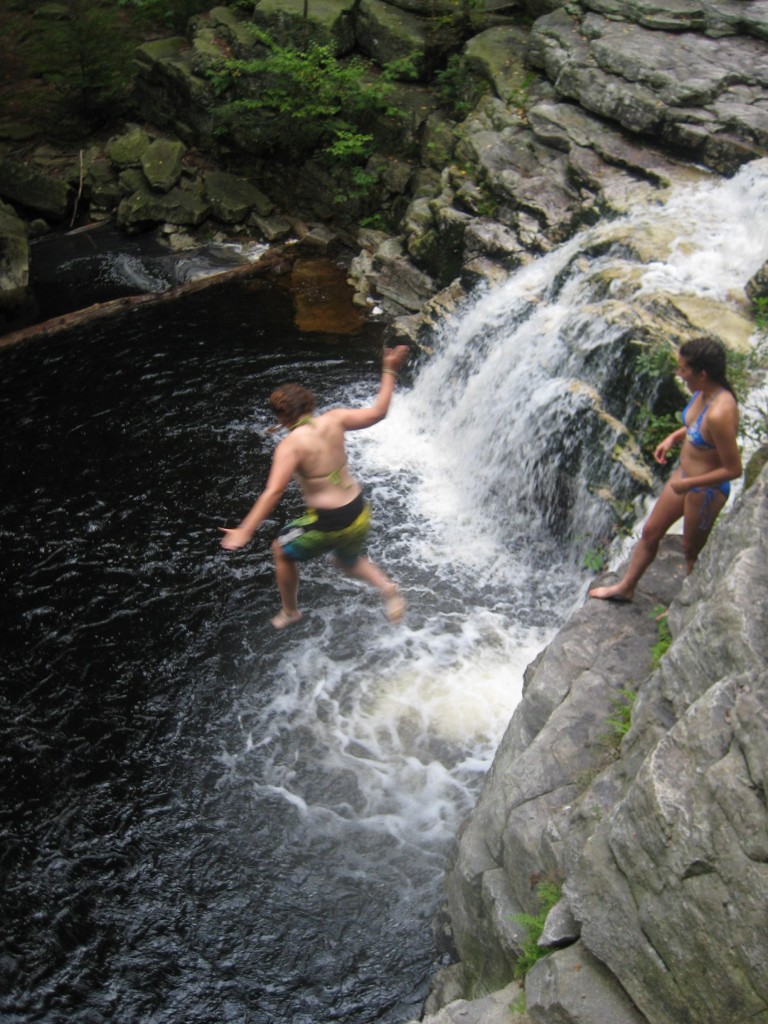