I have always wished I lived in an earlier time. The 20s would be great for jazz and dancing and widespread wealth– alcohol would also be more fun because of its illegality. But the 40s would be elegant and classy. I would wear the waist-cinching, curve-accentuating dresses and skirts of the time and listen to the smoky, dark, detective shows on the scratchy-sounding radio and I would probably smoke cigarettes, because I wouldn’t know not to.

But the 60s – oh, the 60s! – what a decade to have experienced!  I could see all my favorite bands live and in action, instead of worshiping them through my iPod. Hendrix, Morrison, The Beatles, Joplin and Dylan, the eternal poet, would all be real, and palpable. I could even have the chance to meet them. I could stand up for civil rights and protest the war in Vietnam. The 80s don’t concern me, except for the funk, punk and Molly Ringwald. That hair was bad, just bad.

But I’d even take the 80s over this decade. This futuristic, bleak, nano-bot inventing time. The politics, the corruption, the dire warnings of apocalypse are all deterring factors from this time period. But most of all I don’t want to live in this time, in this culture, because of Jersey Shore.

What the hell is the obsession, the fascination with these low-life, trashy alcoholics that flash their genitals in public and go tanning until they are Oompa Loompas?

These people on the show are getting rich, wealthy even, off of the money of my generation. It makes me physically sick to my stomach.  These people with their cheesy nicknames like The Situation, J-Woww and Snooki have probably never finished a book in their entire lives. They probably gave themselves such stupid nicknames because they aren’t smart enough to spell their real names. If it isn’t in 140 characters or less, they probably can’t write a grammatically correct sentence. If words aren’t written in computer lingo, they probably don’t know how to read them.

Here I am, getting an education, working hard for what little money I have and these morons are getting ridiculously rich off being uneducated and unsophisticated.  The idiots on The Jersey Shore wouldn’t know class if it was given to them in a shot glass.

If the show and the people on the show aren’t bad enough, my generation’s fascination with them is even worse. They don’t realize they are getting stupid by simply watching that terrible show.

Every time you watch The Jersey Shore, a book you read get pushed out of your mind and you lose about a billion brain cells.

One thought on “Weekly Cynicisms: The Deterioration of Our Culture”

Occupy Wall Street and the Unions

Thu Nov 3 , 2011
If the Occupy Wall Street (OWS) protests have not annoyed you yet, you aren’t talking to the right people. The protests have attracted flannel-clad hipsters decrying the Tea Party as “fascists,” sociology majors decrying contemporary science as “informed by matrices of Western oppression,” iPhone owners attacking corporate greed while mourning […] 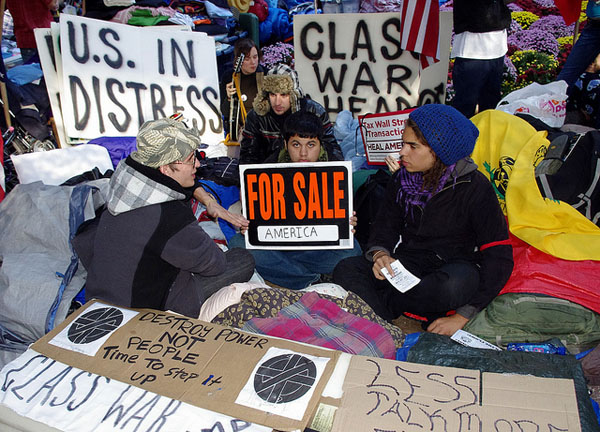