What’s wrong with drinking a large, refreshing soda after a hard day of work? Well, according to New York City Mayor Bloomberg, a lot.

The soda buzz sparked back in May when the Bloomberg administration proposed the ban of large sugary drinks exceeding 16 fluid ounces. On Sept. 13, Bloomberg’s wish was granted when the New York City Board of Health approved the proposal to ban the sale of large drinks in restaurants, street vendor carts, movie theaters and eventually in sports arenas. This measure will take effect on March 12, 2013. Ironically, large milk shakes and diet sodas will not be acknowledged under this motion. So instead of enjoying 20 ounces of sugar and empty carbs, why not enjoy the same 20 ounces of carcinogens? Sounds about right to me. Let’s decrease the rate of obesity, but kill off the population slowly with cancer. It’s already happening.

As Bloomberg expressed, obesity is a nationwide issue; heart disease is the number one killer of Americans according to CNN Health . Although soda is not particularly healthy for you, it is not the end of the world if you decide to drink a 20 ounce soda at a movie theater. Not all fat people drink soda and soda doesn’t make all people fat. What makes people become overweight and sick is lack of exercise, and genetics, but that is a whole other bag of shells.

The main issue here with our country is that the majority of the population has become lazy. If you run 2 miles at least three times a week and want to drink a 20 ounce cola, by all means do it. Hell, if you’re a 300 pound couch potato and still want to chug at it, go for it! Do you know why you can do this? Because you are American and have the right to choose to be unhealthy or healthy. If a person can buy a cigarette, which contains carcinogens such as rat poison and nicotine, and then light it up, inhale, and exhale smoke into children’s faces, why can’t you ingest a carbonated, sugary drink? I digress a little here, but it is something to think about. Remember, cancer is one of the top three killers in our nation and the death rates it leaves in its wake still leaves scientists and politicians baffled. I’m not too baffled at all and I am not a biochemist.

Bloomberg’s argument along with the eight board members who voted in favor of this, had good intentions in banning large drinks. Obesity and diabetes are critical diseases and are severe problems in America. Dentists will also be the first ones to tell you that soda rots your teeth, and it does. But it is a parent’s job to limit the soda intake of their children and the individual’s business how they manage their daily calories. The Bloomberg administration may be patting themselves on the back for sending the city into a health funk, but the people have been hoodwinked. The reason this is the first law of its kind in our nation is because it’s not democratic.

This limits New Yorker’s options and freedom to choose. Also, sure they banned 20 ounce drinks but hey, anyone can buy two 16 ounce cups and drink 32 ounces, more than the size of a 20 ounce and the same as the largest drink on the market.

Someone forgot to do the math.

Thu Oct 4 , 2012
Students on campus at SUNY New Paltz will notice a new set of solar panels at the South Classroom Building after October 1. After a setup lasting four days, the school is now operating a twenty-panel solar system that is estimated to contribute 6,000 kilowatt hours per year to the […] 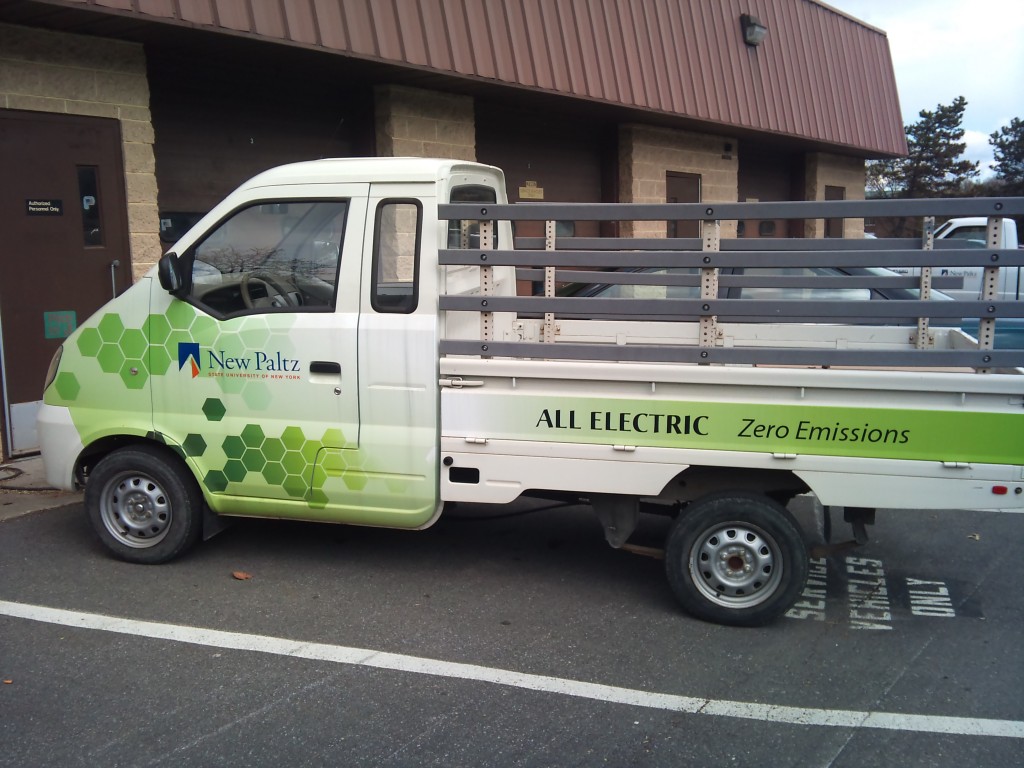