Individuals within the college-aged demographic are sometimes familiar with the term “infotainment” – the blending of entertainment and informative programming.

Infotainment is packaged as satire, propaganda and, in some cases, news.

Many infotainment programs like “The Daily Show” and “The Glenn Beck Program” openly admit that they are not news outlets.

However some soft news programs like “60 Minutes” or NBC’s “Dateline” which are generally puff or shock value-based entertainment, are packaged as need to know news.

“The Glenn Beck Program” is obviously tilted to the right and features the slogan “The Fusion of Entertainment and Enlightenment.” Jon Stewart is a comedian conducting a satirical newscast about the debaucheries of contemporary news media. Programs like “Dateline” are presented as news and are generally accepted as news.

None of these programs do what the initial purpose of journalism is: to keep the public informed about relevant social, political and economic topics for the purpose of maintaining a democratic state.

However “The Glenn Beck Program,” “The Daily Show” and “Dateline” are perceived by many as actual news. Is this successful infotainment? Or is this failure of the assumed intelligence of consumers?

Old school journalists and those in academic settings argue that there is no place in contemporary media for infotainment. However, I believe that telling someone what they “need to know” is unfair.

Yes – We needed to know when the World Trade Center was attacked.

Yes – We needed to know about Eliot Spitzer’s embezzlement of government money to pay for call girls.

But there needs to be room for consumers to choose what they want to know as well. I will be the first to state that Glenn Beck is an idiot and Jon Stewart is simply a comedian; but their popularity does not imply the downfall of credible news sources.

I am comfortable with giving the people what they want – even if it’s trash – but the people must also maintain a certain amount of dignity and not mistake entertainment for news.

In an article titled “Your Moment of Zen?: Exploring the Possibility of Political Enlightenment Via Infotainment,” Rekha Sharma discusses possible implications of certain types of media consumption.

“The consumption of infotainment could indeed be a liberating experience for individuals with disciplined minds and a goal of political praxis. But it could just as easily constitute a mere form of relaxation for the politically ignorant who wish to bypass critical thought in favor of passivity, or worse, cynical apathy,” she said.

We can blame Comedy Central and Fox News for producing entertainment-based information programs. However, we must then be prepared to blame consumers for ingesting these programs as relevant and credible.

Volunteer, See the World On Screen

Thu Oct 29 , 2009
A student film crew stands outside Tinker Street Theater for a screening at Woodstock Film Festival’s 10th anniversary celebration, waiting for actress Vera Farmiga to exit and give a short interview about her new movie, “Up in the Air.”  Trying to get a few questions in before being brushed […] 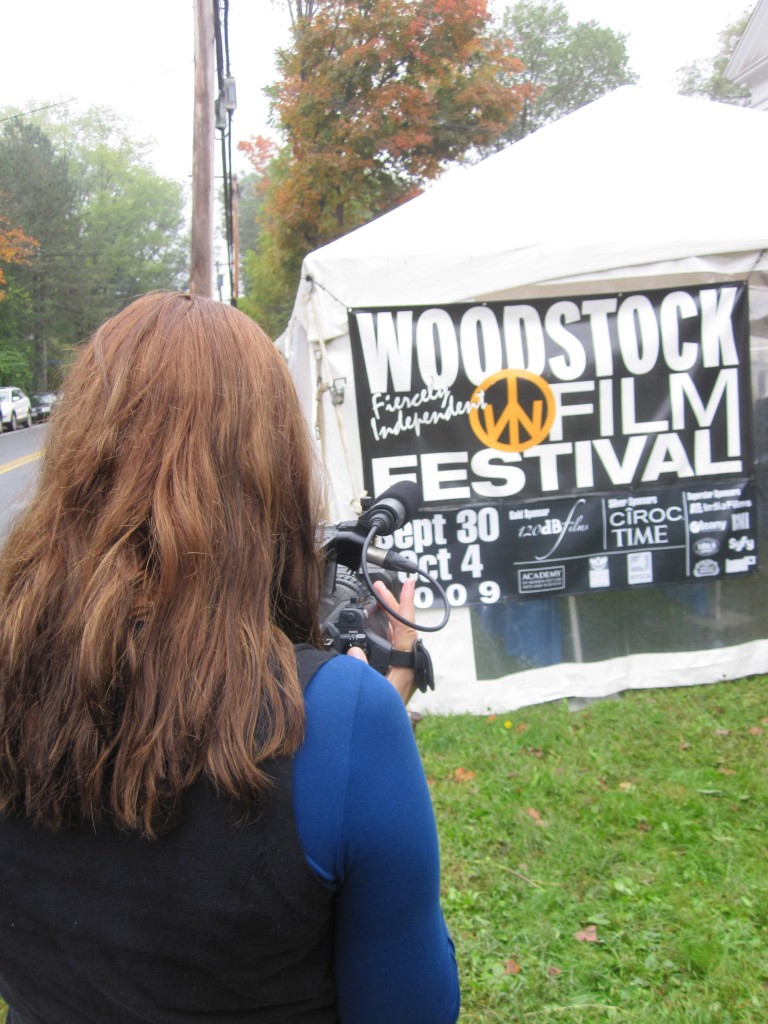