It has been just four months since the 2010 midterm elections, and, just like that, the 2012 presidential season is already creeping its away upon us. Over the coming months, you’ll see President Obama barnstorm one “swing state” after another, holding countless rallies while having to walk that fine line between exciting liberals and progressives and appealing to that all-important centrist vote that typically decides presidential elections.

On the other half of the spectrum, you’ll see a whole plethora of Republicans declare their intentions to run for their party’s nomination to take on President Obama. Some of these likely contenders will be rather high-profile, such as former Massachusetts Gov. Mitt Romney and former Speaker of the House Newt Gingrich, while others will carry far less name recognition, like former U.N. Ambassador John Bolton and current Ambassador to China Jon Huntsman.

At the moment, there are three New Yorkers who appear to be considering presidential bids for the Republican nod: former Gov. George Pataki, former New York City Mayor Rudy Giuliani and businessman Donald Trump. I find these men about as appealing as a root canal, but, still, I think their plans are well worth assessing, given there are so few exciting New York political races in the coming cycle.

First off, there’s George Pataki. He’s about as dull as dishwater. My grandparents are rather conservative and, yet, never once could they bring themselves themselves to vote for the man they deemed “the most boring person on the face of this Earth.” Pataki, who somehow famously defeated the legendary fmr. Gov. Mario Cuomo in 1994, and then preceded to somehow win two more terms to office, won’t rule-out a 2012 presidential run. Pataki’s debate performances could perhaps result in the cure for insomnia. Really, I can’t fathom how any person, Republican or not, could get excited over a George Pataki presidential bid. Ick. Then, there’s Rudy Giuliani, or, as Vice President Joe Biden likes to call him, “a noun, a verb and 9/11.” Giuliani is reportedly scoping-out New Hampshire, the first primary state of the 2012 primary season. Giuliani appears to see an opening for a moderate candidate in the Republican field, and this is surely something I can appreciate. Indeed, I admire Giuliani for bucking his party on an array of social issues – he’s pro-choice, pro-civil union and pro-gun control. The irony is, my agreeing with Giuliani on so ma

ny things is precisely why the Republican Party, which is largely pro-life, anti-civil union and anti-gun control, would never seriously consider him for U.S. President. Where I happen to disagree with Giuliani is on foreign policy. Giuliani was a major proponent of the Iraq War, and supports controversial interrog

ation methods like waterboarding and torture. So, while I can agree with Giuliani on a lot of domestic policy, and while I do think he did a terrific job as New York City Mayor, he’s just too damn hawkish on foreign affairs. He’s still, of course, light-years superior to George Pataki. Finally, there’s Donald Trump. Yes, that Donald Trump. Trump, the famed businessman and host of “The Apprentice,” has toyed with presidential politics before, most notably in 2000, but claims he’s more serious than ever in 2012. I would normally ignore Trump’s political ambitions, just as I would anything Trump-related, except he actually does seem serious about this. Trump spoke at the recent CPAC (Conservative Political Action Conference) convention, which is kind of like the Oscars for right-wingers, and he gave the best damn speech of the whole show. During his presentation, when he lashed-out at supporters of the “un-electable” Texas Congressman Ron Paul, even I got a kick out of the Trumpster. No, I’d never vote for the man, but I will say this much – a Trump presidential run would be grand entertainment.

I think the most bizarre part of it all is the mere idea that the 2012 Republican nominee for U.S. President could hail from a state as liberal and Democratic as New York. This is a state which voted for President Obama in 2008 by a 2 to 1 margin. The likes of Pataki, Giuliani and Trump could probably not be elected statewide in our current political environment, and, yet, they could triumph nationwide? No, I don’t expect any of these three stooges to win the Republican nomination, but, if one of them does, I can’t help but think there won’t be much excitement among New Yorkers toward any of their candidacies.

For fun, here’s a look back at Joe Biden’s colorful thoughts on Rudy Giuliani:

Thu Feb 17 , 2011
So there I am, Valentine’s Day afternoon, with a few hours to kill before I have to go to work. I decide I want to watch a movie.  An Academy Award nominated movie. With a little less than two weeks before the big show, I know I need to get […] 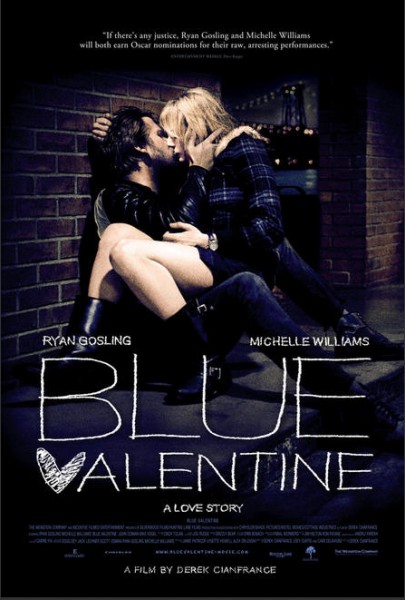