This past year, the American College of Sports Medicine released its top 20 fitness trends of the year, stating that group incorporated exercise classes are quite popular.

The findings were collected by a survey completed by 2,620 health fitness professionals in the field, including trainers, fitness instructors and other specialists, who are certified by ACSM. The individuals considered 37 possible trends to make the top 20 list.

New Paltz students who would rather not exercise on their own, favor dance classes like Zumba and Afromodern.

Among the group fitness trends, Zumba ranked ninth on the ACSM list, beating out others such as spinning, boot camp and yoga. The Latin-inspired dance workout has made its way into a popular class at New Paltz.

Assistant Director of Wellness and Recreation for Fitness, Christina Cordier, said that Zumba is “huge right now.” According to her daily reports, this fitness expert is finding that most group fitness classes, especially Zumba, are filled to capacity because of the instructors.

“The unique thing about group exercise is that the instructor can put their personality into what’s happening in the studio,” she said. “You are there to create a safe: secure, attainable, fun and empowering environment.”

Jodie Dorfman, a licensed Zumba instructor on campus has found her class size increasing each week. She finds that students who take her class become more confident in their daily lives. It’s a bonus to the 1,000 calorie burn workout, she said.

“People can be themselves,” she said. “They don’t have to be the world’s hottest salsa dancer. You just have to be you.”

Although her group remains fairly large, Dorfman said that she still tries to build a personal connection with all of her students on a daily basis. Even when push comes to shove, she continues to motivate her students towards their goal.

“I always say, you make the most of it,” she said. It’s okay if her students want to stay in the back, “as long as they’re sweating.”

Zumba classes may be popular among students on campus, but Afromodern, a new group fitness class, currently has a head a count of approximately 10 students per class. Afromodern is a new fitness dance class incorporating African dances and ballet.

Second-year Andrea Cesar teaches Afromodern twice a week at the Athletic and Wellness Center. Cesar said she takes her class very seriously and tells her students to as well, because it reconnects her to her ancestors.

The class hasn’t received much traffic this semester, but the 19-year-old said that people are interested. First-timers come because they are curious about Cesar’s passion for Afromodern, she said.

The general business major, who also teaches a ballet class, said that dance group exercise gives students something more than what an elliptical provides. These classes let students have fun while learning choreography and getting a great work out.

“They don’t want to think about exercise,” she said.

Cordier also said that students continue to take classes because when everyone is together in a group setting, it’s more fun and exciting. Additionally, it gives people a structured exercise rather than working out on their own, she said.

While SUNY New Paltz offered its students structured and fun group exercise classes this academic year, the ACSM released another survey for 2013. It stated that group personal training is among the top 10 fitness trends, making the case that group exercise techniques are still in vogue for this year.

Video of the Week: What Are You Most Looking Forward To?

Mon Mar 4 , 2013
Classes are in session and SUNY New Paltz students are excited for the sleepless nights and countless assignments. Find out what class they’re most excited for this semester. Produced by Daniel Brogan. 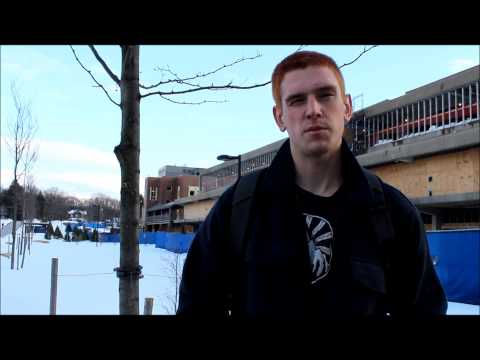