Held Friday, November 18, in the Student Union Building, the room was packed with listeners engaged in conversations told by students and faculty about sexual violence in and around the SUNY New Paltz campus.

As an organization, New Paltz Accountability believes the conversation surrounding sexual violence should be completely transparent. They say the SUNY New Paltz administration is failing the student body by not having Title IX statistics accessible on the school’s website. Title IX is the 1972 federal law that prohibits sex-based discrimination in education. On the SUNY New Paltz campus, the Title IX office is where both students and faculty can report instances of  sex-based discrimination and sexual violence.

By not having Title IX data accessible, New Paltz Accountability believes the school’s administration is actively downplaying the number of students experiencing sexual violence both on and off campus.

While reports of sexual violence are seen in both the Clery Act and Article 129-B, the two laws are very different. The Clery Act is a federal law that is meant to bring awareness to crime on

college campuses and actively improve campus security. To qualify for federal aid, colleges must follow guidelines laid out by the Clery Act. The law is best known for mandating educational institutions to report crime on their campuses. However, Title IX data does not fall under the Clery criteria.

Article 129-B, on the other hand, is a state law that mandates colleges to report on sexual violence, so it takes all data on the matter into account for its Enough Is Enough yearly reports.

New Paltz Accountability found that the Enough Is Enough report was much harder to find than the Clery data because there is no direct link to the Enough Is Enough report on the school’s website. By not having Title IX statistics right on the school’s website, New Paltz Accountability says that school administration is failing the student body and misrepresenting itself to potential applicants.

“Hundreds of students can have their lives changed forever by sexual violence. It is dehumanizing and can alter students’ lives. The gravity of this issue cannot be understated or minimized. The Clery Report does not include the number of sexual misconduct complaints filed by students in the Title IX office,” said Amélie Fauquot, a New Paltz Accountability founder.

Any of the seven reported incidents in the Clery Report could have been a Title IX case, but there is no way to know. “This is why we started a petition demanding the administration release the number and type of complaint received through the Title IX office every semester, as well as the number of expulsions for sexual misconduct,” Fauquot said. “Not providing these numbers makes SUNY New Paltz complicit to the violence students face.”

Although there have been preliminary talks with Tanhena Pacheco Dunn, one of the Title IX coordinators, and other administrators about making this data more easily accessible, the administration has indicated that it would be impossible to immediately produce the data the organization is asking for.

“This stuff is all confusing,” Dunn said during the forum. According to her, the two organizations have different criteria and follow strict guidelines that don’t include sharing data.

While it is true that the school has to report in adherence to these regulations and criteria, it is perfectly legal for the school to give more information in addition to these reports. “Where are the 2021 fall numbers at the end of this semester?” said Karl Velikonja, another founder of New Paltz Accountability. “On our Instagram, go check it out.”

Besides the conversation surrounding the need for more transparency, other topics that were brought up in the forum were sexual violence prevention measures, problems people see in the Title IX process and how victims should be treated.

A few days after the forum, Ryan Montalto, a New Paltz Accountability founder said, “We are going to need a bigger room next time.”

Jack Huppert is a journalism student studying at SUNY New Paltz. He had a running column in The Oracle, the student-run newspaper.

Thu Dec 2 , 2021
The New Paltz Cinema has been around for decades and has most recently faced the depths of a global pandemic. As it continues to survive through this pandemic the workers and customers show strength and resilience through its perseverance. Customers and employees share their stories of what makes this cinema […] 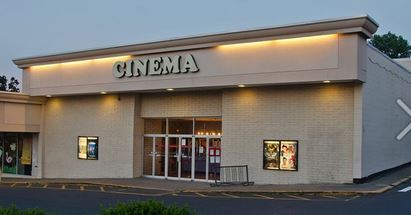