The National Independent Venues Association is trying to build support as concert halls that lack federal funding are on the brink of closing.

Picture this—you’re sitting in a padded seat in the middle of a theater, silent except for the sound of people around you flipping through a paper handout as you wait for the lights to go down and a performance to begin. Or maybe you’re at a small rock venue instead, incredibly hot and impossibly loud, but enjoying yourself nonetheless as you move and yell along with the other concertgoers watching a local band.

While it might not be that difficult to imagine, it probably is hard to remember the last time you were in a similar situation yourself. Because of the COVID-19 pandemic, live performance venues across the United States have been closed from March onward and have not seen the light of day since.

However, it is not too late for all locales. Shortly after the nation went into lockdown in March, the National Independent Venue Association, known as NIVA, formed with the intention of helping countless independently owned stages across the country survive the effects of coronavirus.

To date, NIVA has over 2800 member venues and promoters, including several nestled throughout the Hudson Valley. The Bardavon 1869 Opera House and The Chance Theater in Poughkeepsie, although very different venues, share common ground in the fact that they both joined NIVA in an attempt to receive some relief from pandemic-related loss of income.

Led by Executive Director Chris Silva, the Bardavon, as well as its sister venue Ulster Performing Arts Center (UPAC) in Kingston, are just two of the countless venues that have had to make major changes to their staffing and operations in the midst of COVID.

Any live shows that were booked for this year have been moved to 2021 and beyond. “The stuff we have on the books right now for the spring, they’re finally all waking up to that’s not going to happen,” Silva said.

Out of 18 full time employees, Silva has had to furlough 15 of them. “I’m paying them one or two days, or three days a week, depending on what we’re doing, and then they get unemployment, but without the stimulus, it’s becoming rough because people can’t live on 200 bucks a week,” he said.

However, in the time between, the Bardavon has been able to find ways to generate some income, as well as continue to offer programs. First of all, they have transitioned from in person to virtual events, creating a streaming series on their YouTube channel titled “Albums Revisited,” in which musicians cover songs from old, popular albums.

“The generosity of the artists is unreal, I mean they’re all giving us these cover versions,” Silva said. They are also able to reach a wider audience on the digital platform than they would be able to in the Bardavon, with 1000 seats, and UPAC, 1500 seats, combined. They’ve been able to continue offering free educational programs to schools that have a wider spread reach than ever before as well.

The Bardavon applied for NIVA membership when the association first formed. “We’ve applied for a grant through them. They offer $10,000 grants based on need, so we’ll see how it shakes out, but more importantly, what they’ve been very good at doing is creating a very strong congressional lobby,” Silva said.

As far as whether they will be able to come out of this pandemic alive, Silva said that they can’t last forever on streaming alone, but he is slowly starting to feel positive about the probability of survival.

“We’ve been around for a long time, both theaters, so there’s a deep well of people that want us to survive. So, I mean I’m still doing it, I’m spending all day today creating fundraising approaches for the year, so we’re very actively doing that and it’s working,” Silva said.

Less than a mile away, Frank Pallett has owned The Chance for 26 years this month, so while he and his venue have been through hardships before, indefinite forced closure as a result of pandemic health and safety restrictions is one of the toughest.

When the pandemic first struck, government funding from a paycheck protection program and loans from an economic disaster program kept the theater’s lights on. Like other businesses, Pallett said that he was also able to initially secure deferments on loans and mortgages for the building, however the banks cannot do that forever, so it was far from a permanent fix. As of October, The Chance has had to begin paying their mortgage in full which is made increasingly difficult as funds from other programs run low.

Government programs designed to help business owners in the midst of the covid economic downturn adds another level of frustration since they have to be paid back. “Those are loans, they’re not grants, and a lot of people don’t understand that,” Pallet said. “I got a good amount of money from the government, but we’re just going into debt that much further.”

Additionally, there is no one on payroll right now, as Pallett had to lay himself and his other employees off a few months ago. “I’m on unemployment myself for the first time in my life,” he said.

The Daily Voice reported on Dec. 4 that the Chance Theatre is currently for sale.

At this point in time, The Chance is not holding any events, in-person or virtual,  Pallett said as he doesn’t foresee the return being worth the time and investment. People have mentioned ideas for GoFundMe pages, but Pallett remains hesitant to do so for a number of reasons, including questions regarding the legitimacy of the platform as well as not wanting to ask others in need for money.

“Maybe our business is probably worse than most because we’re not able to operate, but there’s a lot of people that are going through tough times with their jobs and things of that nature,” he said.

The Chance became a member of NIVA around four months ago. Pallett decided to join because of the potential benefits and grants that membership allows. Ever since New York State changed their decision to allow venues to operate at 25% capacity, which would have been 200 people for The Chance, during stage four of the reopening plan, Pallett has been trying to find other ways to get money to pay the bills, with NIVA being a potential solution.

“Congress has been talking about a bill for live music venues but that has not been passed yet, and NIVA has been an advocate, […] and they’ve also been able to generate some income that they’re supposed to distribute,” Pallett said. Like Silva from the Bardavon, Pallett has also submitted a grant application to NIVA, and believes funds will begin to be distributed at the end of November

Pallett is trying to remain optimistic about the situation, but says that there are a lot of unknowns regarding when and how to reopen, as well as when and if Congress will pass the stimulus bill that has been in the works for some time.

“Right now, it’s urgent for us, the small businesses and the American people, to be able to survive,” he said. “We have to remain positive, I think we will prevail, we’ll get through it, but hopefully it’s not going to get much tougher than this because it hasn’t been easy.”

Until some version of the congressional package is approved, NIVA has established an emergency relief fund for the meantime. One of the main fundraisers for this has been the Save Our Stages Fest that was held live on NIVA’s YouTube channel over the course of three days, Oct. 16, 17 and 18.

According to NIVA’s website, the event “aimed to generate significant awareness, advocacy and donations for the NIVA Emergency Relief Fund, directly supporting our most vulnerable venues experiencing catastrophic revenue loss.” The virtual festival consisted of a number of artists playing small sets to empty independent venues across the country, from the Troubadour in Los Angeles to the Apollo Theater in New York City.

Donations are still being accepted through the website and all streams are still available on YouTube to watch or rewatch. In addition, Save Our Stages merchandise is being sold with profits benefiting the emergency relief fund.

As part of their lobbying efforts, NIVA allows internet  users to send emails to their senators and representatives in support of an independent venue relief package, with nearly two million being completed to date.

“I’m sure they were inundated with [grant] requests, so they’re probably just working as hard as they can to raise those funds. It’s kind of remarkable what they’ve been able to do,” Silva from the Bardavon said. “It’s really just a small group of venue operators who’ve taken this on and hired a lobbyist, and they’ve really taken it a long way.”

With recent news from Pfizer and Moderna coming in about COVID vaccine effectiveness, we are starting to see more of a light at the end of the tunnel than we have thus far in the pandemic. Hopefully, with the help of NIVA and Congress, our independent venues will be able to resurface after this extended rough patch and begin to operate as the bright, loud and lively hubs of entertainment and culture that we remember them to be.

Megan Wilson is a fourth-year journalism major and film and video studies minor from Schroon Lake, New York. In her free time, she likes listening to music, reading short stories and drinking coffee.

Theater Shutdown is Only an Intermission for Young Professionals

Fri Dec 4 , 2020
Edited and Packaged by Samantha King Gov. Andrew Cuomo ordered Broadway theaters to close on March 12, and many will remain dark for the foreseeable future. Originally the closure lasted only one month, but it has since been extended multiple times. On Oct. 9 the Broadway League announced that Broadway […] 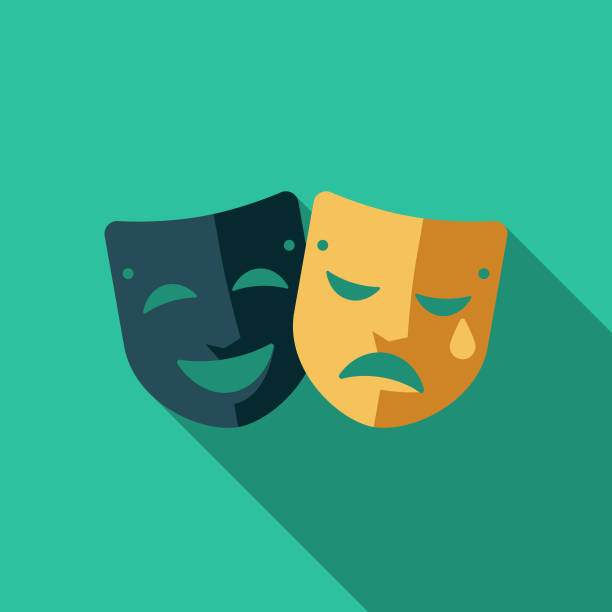