With the COVID-19 pandemic and a very polarizing presidential election, many voters weren’t just worried about COVID-19, but also long lines. However, some voters across New York state saw very low wait times on Election Day 2020.

By 9:15 a.m. there were no lines and a virtually empty voting area in the Student Union Building, a polling site on the SUNY New Paltz campus. It had clear safety protocols as well, with hand sanitizer, gloves and masks readily available. Voting booths were stationed with distance between them and there were markers on the floor designating six feet.

Another polling site in New Paltz, the Reformed Church of New Paltz, also had short wait times and safety protocols in place similar to the campus voting location.

In Brunswick, New York, Alanna Gill waited only about five minutes to vote.

In Northport, New York, Zachary Friedman was also expecting longer lines, but was surprised to find that the whole voting process, including traveling, only took about ten minutes and everyone inside was wearing a mask.

“I left my house at 11:20 a.m. and returned from voting at 11:30 a.m. It took me longer to fill out my ballot than it did for me to drive to my polling place and check in,” Friedman said. “[It was] ideal and wonderful for me compared to some parts of the nation where voters are waiting upwards of two to three hours to vote.”

“The long lines we had during early voting and the increased use of absentee ballots resulted in good news for today’s voters. It meant quicker lines and fewer problems at poll sites,” said Neal Rosenstein, NYPIRG’s Government Reform Coordinator in a press release.

Not everyone had the same lucky experience as Friedman and Gill.

“I think I waited about 45 minutes in line and the whole process took almost an hour,” said Sierra Catletti from Middletown, New York.

According to Catletti, everyone wore a mask and hand sanitizer was available, however “social distancing was a bit difficult.”

Catletti isn’t the only one who found social distancing difficult while voting.

Dai Delija from Yonkers, New York said that she waited about an hour and 20 minutes in line when she voted early this morning. She found that social distancing was possible in line, but not while filling out the ballot.

“The booths where we voted were far too close together for comfort,” Delija said.

Despite long wait times and some COVID-19 related concerns, many voters felt voting in this election was very important and worth it.

“I’m voting this year because I care about human rights. This country is in a bad place right now and we need new leadership,” Catletti said.

“I’m hoping that my vote leads to even a fraction of the step in the direction of changing U.S. politics into something that is tangible and sustainable for the current U.S. we’re living in right now, even if those policies don’t directly affect me,” Delija added. “It’s incredibly easy not to vote if the outcome has no effect on your livelihood. But there are people in this world who have to choose between the lesser of two abominable evils just to try to survive in this country another day. So I voted, if not for myself, then for them.”

Thu Nov 5 , 2020
Reposted with permission from The Legislative Gazette. The New York Public Interest Research Group relaunched its voter hotline on Nov. 3 to help students navigate the often confusing process of voting for the first time, voting away from home, or both. The good news — NYPIRG reported that fewer students […] 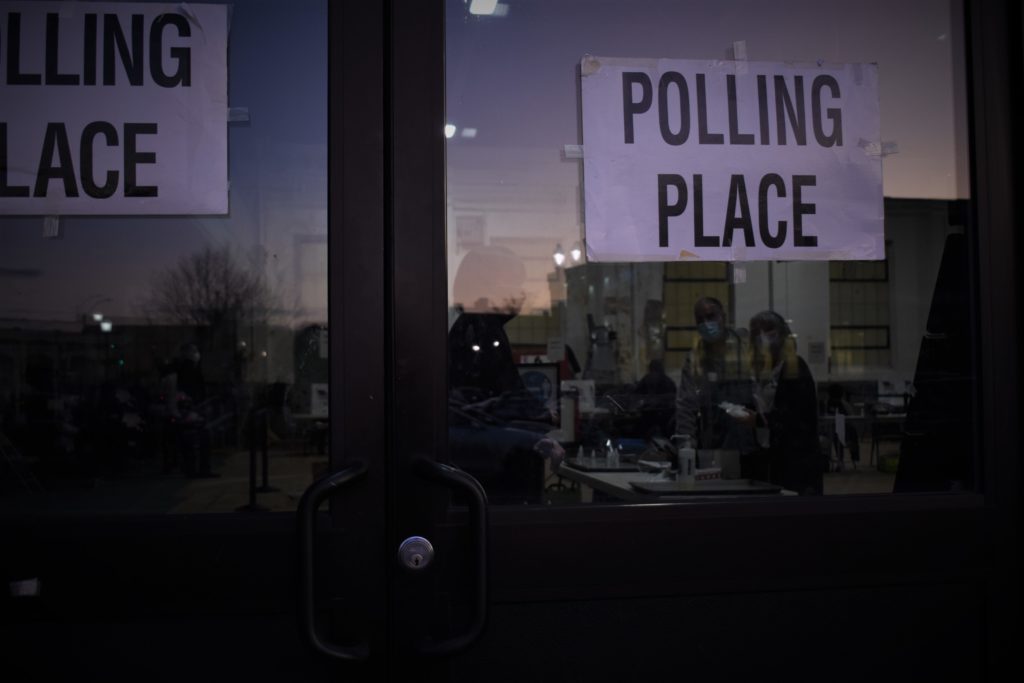