The New York Public Interest Research Group relaunched its voter hotline on Nov. 3 to help students navigate the often confusing process of voting for the first time, voting away from home, or both.

The good news — NYPIRG reported that fewer students encountered serious problems in voting on Election Day in New York compared to prior years, based on the number and the type of calls made to the group’s statewide helpline.

For 30 years, the hotline has been accessible to students who have questions regarding the presidential elections. But the student-run NYPIRG has also occasionally operated a hotline for local elections too.

“We have worked the helpline on some municipal elections, like in 2014. But for the past 30 years, we have consistently run a Voter Helpline during the presidential election season,” said Megan Ahearn, NYPIRG’s program director.

Calls were answered by trained professionals who were able to provide accurate and timely data. The information provided included topics such as local polling locations and directing displaced students who are unsure of where to cast their ballot. Students from universities such as SUNY Oneonta, New York University and Syracuse University, have found themselves, among many others, displaced due to the pandemic and are taking advantage of the hotline.

“In previous years, we have seen a few callers from New Jersey and a few other nearby states. Our main target audience though is students located in New York,” Ahearn said.

With the help of the many student-run NYPIRG chapters — which can be found on the campuses of colleges and universities throughout the state — word of the hotline spread amongst students. Due to the pandemic, raising awareness of the hotline was done in a strictly remote way, whether it was through social media or calling and texting students who had signed up to vote through NYPIRG.

“Many students are first time voters,” Ahearn said. “Providing them with information on where they vote and their voting rights is vital. The pandemic has simply made it harder for everyone to figure out where to go on Election Day, with campus closedowns only making it more confusing.”

There were three ways to vote this election season in New York: absentee ballots, early in-person voting and in-person on election day.

Absentee ballots were a popular choice as many Americans weren’t able to go to the polls in person, or were concerned about being exposed to COVID-19. Early in-person voting took place all of last week for the first time since its implementation in 2019, finishing this past Sunday.

Volunteer students and NYPIRG staff reported on their polling place experiences from sites across the state.  While some reported early morning lines and possible electioneering issues, voting machines were working and no voter harassment was reported to the helpline.  Questions about where to vote dominated the calls.

“The long lines we had during early voting and the increased use of absentee ballots resulted in good news for today’s voters.  It meant quicker lines and fewer problems at poll sites,” said Neal Rosenstein, NYPIRG’s government reform coordinator.  “We’ve been doing this helpline for more than 30 years and Election Day has never seemed to be smoother.  Hats off to New York’s voters who acted early and to poll workers across the state.”

NYPIRG repeated its call for long term reforms to the way elections are administered in New York state.

“Every election day, voters face too many problems trying to vote.  Our outdated local Boards of Elections sent out misprinted ballots, caused long lines and even prevented college students from having an on-campus site in Dutchess County,” Rosenstein said.  “It’s time for the governor and Albany to propose replacements for New York State’s voting system,” he added.

4 thoughts on “NYPIRG Reports Some Confusion, but Overall Fewer Problems for Student Voters” 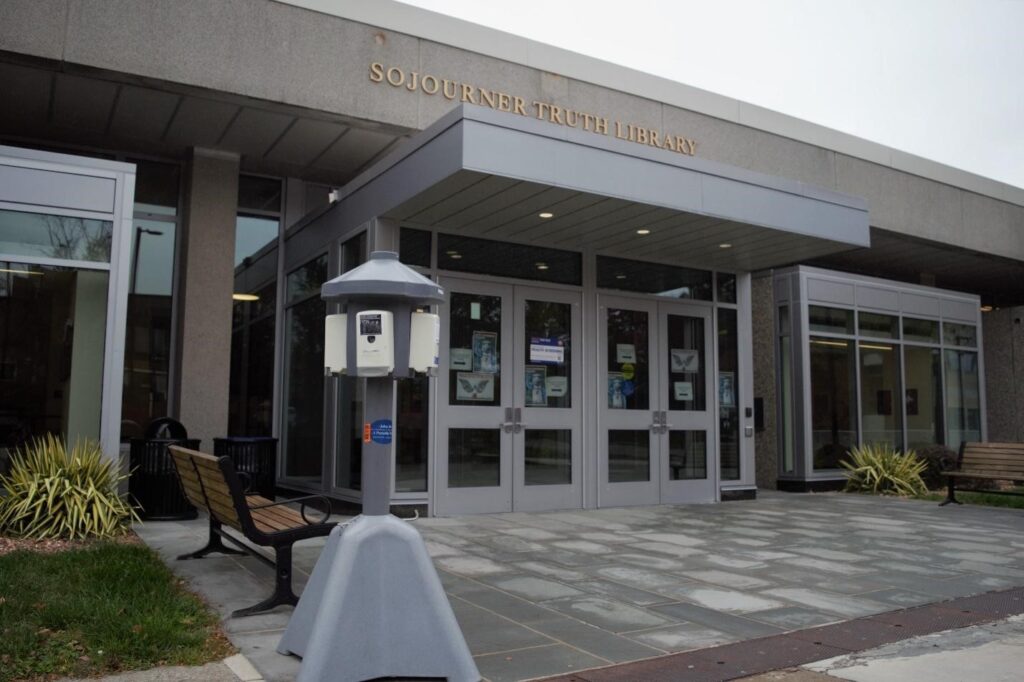