Before getting its season cut short, the State University of New York at New Paltz men’s volleyball team was playing its best volleyball of 2020. The Hawks last game was in the Hawk Center where they came from behind to knock off UVC rival and then No. 2 NYU in five-sets. Eager to defend its national championship, the team was led by a talented senior class who also proved pivotal in last season’s championship performance, helping the program to their third United Volleyball Conference crown and second NCAA Championship. Through their four years, the senior class of Robert Nolan, Matthew Grace, Aaron Carrk, Tevin Skeete and Nick O’Malley has accumulated 90 career wins with eight NCAA games played. Riley Dolan joined the program last season and helped the team rebound from a disappointing 2018 season en route to a national title, while Matthew Amberge suited up for SUNY New Paltz for the first ime in 2020, contributing in the team’s pursuit of back-to-back championships runs.

“Our senior class is one of the best group of students athletes. Unfortunately because of this unexpected circumstance they don’t have the chance to prove their best to the end of the season,” said Hawks coach Radu Petrus. “All of them have great achievements and added value to our program.”

Entrenched as some of the best individual players and decorated senior classes in program history, take a look at each of the seven individuals from a talented 2020 SUNY New Paltz men’s volleyball senior class below:

Nolan was thrown into the fire from his start at SUNY New Paltz. Playing in all 36 matches as a freshman, Nolan ranked fifth in UVC with 2.13 digs per set and finished first on the team for digs per set and total digs with 251. During his first year as a Hawk, Nolan registered a career-high 16 digs twice — against MIT on April 13 in the first round of the UVC Tournament and again against Springfield on April 30 in the NCAA Division III Championship.

In his sophomore year, Nolan once again led the team in digs, compiling 190 in 26 matches and was later named to the SUNYAC Commissioner’s Academic Honor Roll.

In 2019, Nolan helped SUNY New Paltz to a national title by again leading his team in digs with 281. He totaled a season-high 14 digs against Endicott on April 20 and for the second time was named to the SUNYAC Commissioner’s Honor Roll.

Nolan was on pace to lead his team in digs for the fourth consecutive season in 2020. Through 19 games, the senior had totaled 144 digs and 2.32 digs per set. In his final game as a Hawk, Nolan secured 11 digs in a 3-2 victory over NYU. Through his four seasons, he has compiled 866 career digs.

“Nolan is one of the best liberos in Division III,” Petrus said. “One of the best memories I have about Nolan Is his game at Springfield in the 2017 NCAA finals. He was very impressive defensively. Regretfully we lost that game and finished runner up.”

Grace made an impact for the Hawks from the minute he stepped on campus. In his rookie season (2017), Grace started in 34 of 36 matches averaging 10.06 assists per set, which was good for first place in the UVC. Against NYU in the UVC Championship, Grace totaled, what was at the time a career high, 53 assists. Grace recorded 20 or more assists in every match but one, and he totaled 1,288 assists on the season to help lead his team to a national runner-up finish. At the end of his freshman year, Grace had earned four UVC Rookie of the Week Honors, and he was tabbed with the Andrew Cassius Award.

Grace continued to excel his sophomore year, earning UVC Second Team All-Conference honors and being named team MVP. Another quality campaign included a dominant performance against Harvard on Feb 9, 2018 when he registered 53 assists for the second time in his career.

In his junior year, Grace led SUNY New Paltz in assists for the third consecutive season, averaging 11.25 assists per set. He earned a new career-high with 63 assists on Jan. 12 against Marian University. Grace helped his team to a national championship victory over UC Santa Cruz after totaling 53 assists in the win. The Hawks earned a spot in the NCAA Final after defeating No. 1 Springfield College in the semifinals where Grace dished out 49 assists. After the season, he received First-Team All-UVC honors and AVCA Second-Team All-American honors.

In his senior season, Grace was primed to lead SUNY New Paltz to another NCAA Championship run. He was averaging 11 assists per set, recorded a new career-high with 65 assists against Stevens and officially became the program’s all-time assist leader in a win over Rivier.

“Matt Grace was a team captain and great team leader,” Petrus said. “He is a player who ran our offense for four years and was successful in creating a great team chemistry. It is great for me as a coach to have a setter like Matt. We worked closely to implement the team offense based on the opponents.”

Through four seasons with the Hawks, Grace placed himself first in assists with 4,102 — the only player to reach 4,000-plus assists — tied fourth all-time with 116 aces, to go along with 528 career digs and 113 blocks.

Transferring to SUNY New Paltz before the 2019 season, Dolan appeared in 26 matches, compiling 66 sets. He totaled 74.5 points for the season, including 57 kills and 11 service aces. Defensively, he contributed 37 kills and 10 blocks. Dolan had a big impact at Vassar on Feb. 6, 2018 when he recorded a career-high nine kills, nine digs, three blocks and 11 points. Dolan was a member of the National Championship team, and he totaled 43 kills in 21 matches played.

In his senior season, Dolan totaled 78 kills through 19 games, which was good for fourth on the Hawks. Dolan matched his career-high 11 kills earlier in 2020 against Benedictine.

“Riley is a player with more potential then we saw,” Petrus said. “He is a versatile player who saved us in a few 2019 season matches.”

While Carrk did not start his career with the same authority as Grace, he was able to develop into an essential member of the Hawks. As a freshman, Carrk started just seven matches for SUNY New Paltz, but by the end of his junior year he was a national champion and an NCAA Tournament MVP. In his junior year, Carrk recorded a career high 19 kills in the championship match against the Banana Slugs. He averaged 3.34 kills per set in his junior year compared to just 1.73 kills per set in his rookie season. In addition to his NCAA Tournament MVP, Carrk was also named Second-Team All-UVC.

In his senior year, Carrk continued to improve, and 19 games into the season he led the team in kills with 264, while averaging 4.13 kills per set. Most recently, Carrk was named UVC Player of the Week in back-to-back weeks after outstanding performances against NYU and MIT. Against MIT on March 6, Carrk totaled a game-high 17 kills en route to a 3-1 victory. Five days later, Carrk again had a game-high in kills against NYU. This time he totaled 20 kills in a five-set victory. He finished the 2019 season first on the team in kills (264) — a career high — third in aces (16), second in digs (102) and tied first in blocks (29) — also career high’s — with a hitting percentage of .352, while also pacing the team in points with 300 on the year.

“Aaron Carrk was a team co-captain,” Petrus said. “He was a key player for our team, and he had a great contribution in the 2019 NCAA Semifinals and Championship matches. He came a long way and became one of the best opposite players in the nation.”

Skeete has come a long way since stepping on to the Hawks men’s volleyball program in 2017, only having played the sport for a few years before joining the SUNY New Paltz program. He opened up his freshman campaign with four kills after appearing in 11 matches. Skeete jumped into the starting lineup the following year, starting 14 of 25 matches played and finished the season with 81 kills and finished third on the team with 29 blocks. Playing a pivotal role in the Hawks’ national championship team, Skeete started in 20 of 31 matches played and ranked fifth on the team in kills (116), hitting .227 on the season with a team-leading 57 blocks. In the NCAA playoffs, Skeete hit above .600 against both Endicott and Springfield, while hitting .300 in the NCAA Championship game against UC Santa Cruz, while totaling 16 kills and eight blocks in the final three rounds.

“Skeete was recruited in our program as a talented player with great potential,” Petrus said. “[Assistant coach] Tony [Bonilla] worked with him closely to reach his best. I think his best performance was the 2019 UVC finals versus Stevens.”

Getting over an early season hand injury, Skeete stepped up to help the Hawks to a 16-3 2020 season. He had a season-high eight kills against Baruch in mid February and ended the season hitting a career-best .394. Through his first four years, Skeete has totaled 259 kills with a career .300 hitting percentage, ranking 21st most in program history with 100 career blocks.

O’Malley when healthy is one of the most dominant players in the country. At 6-foot-7, the middle blocker from East Meadow, NY was crucial in bringing the Hawks their second national championship last season. After missing half the 2019 season with a back injury, O’Malley was used sparingly in the postseason, but played a huge role nonetheless, helping SUNY New Paltz to a United Volleyball Championship victory to earn an automatic bid into the NCAA Tournament where they later claimed a national title. In his four playoff games played against Stevens, Endicott, Springfield and UC Santa Cruz that season, O’Malley combined for 37 kills, hitting a remarkable .615 and .857 against the Ducks and Gulls, while averaging a hitting percentage of .550 in those four games with
13 blocks, including a career-high seven against the Banana Slugs. Despite only playing in 20 matches that season, O’Malley still earned Second-Team All-UVC honors.

“O’Malley a 6’7 middle blocker with impressive vertical jump dominated the center of the net,” Petrus said. “He is one of the most talented middle blockers I have ever coached. I remember one of his best matches was in the 2019 NCAA quarterfinals against Endicott College, the best comeback in the fifth set.”

Heading into 2020, O’Malley was on pace for career-best numbers, hitting .440 with 136 kills and already totaling career-high’s in aces (23) and blocks (26). Through his four seasons, O’Malley has totaled 471 career kills, 134 blocks and 57 aces with a hitting percentage of .362, seventh best in Hawks program history (minimum 100 attempts).

Amberge transferred to the Hawks in 2020 after spending the last three season’s with St. Joseph’s Long Island where he was named Skyline Conference Tournament MVP, guiding the Golden Eagles to a conference championship. During his time with SUNY New Paltz, he appeared in nine games and put up a season-high 15 kills against Hiram early in the season, while hitting .258 and totaling eight digs, a block and career-high 16.5. He led the team in kills and points in the 3-0 sweep over the Terriers. Through 2020, Amberge chipped in with 22 kills with one ace, 11 digs and a block.

“Amberge joined the program this season and brought great work ethic and enthusiasm to the team,” Petrus said. “He played a few matches, his best match was at Juniata tournament versus Hiram College. I am hoping he is joining the coaching staff next year.”

Read the original article by copy and pasting the link! https://nphawks.com/news/2020/3/18/suny-new-paltz-mens-volleyball-2020-senior-class.aspx 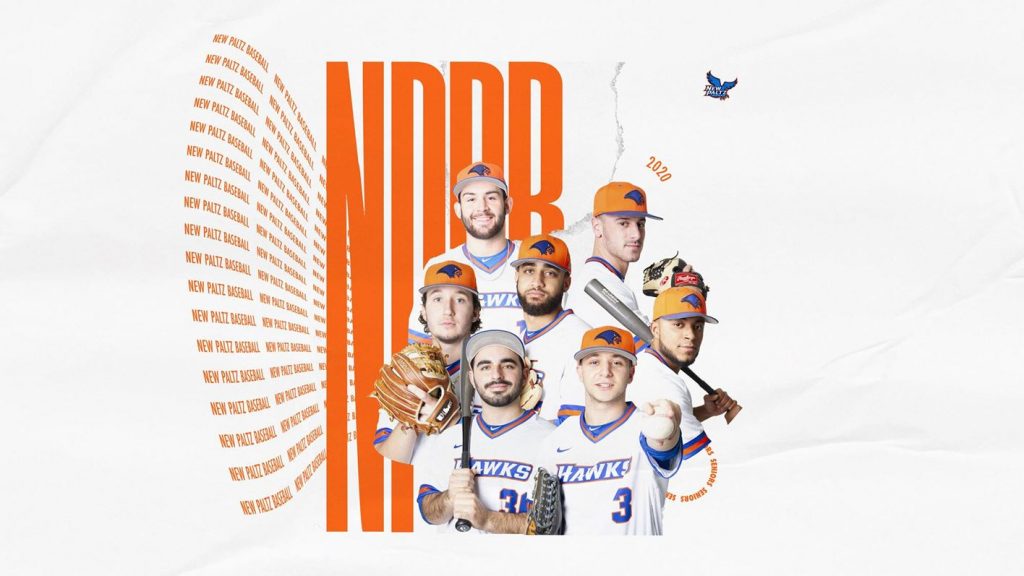