Since New York PAUSE measures went into effect on Friday, there have been significantly less cars on the streets of the city. The city will begin closing two streets per borough to all vehicles in an attempt to reduce crowding on sidewalks.

Team sports and contact sports, such as basketball, soccer and softball, are no longer permitted in the city’s parks and playgrounds, and social distancing regulations of at least six feet between people have been put in place in these locations.

The NYPD began patrols to enforce social distancing measures around the city. If residents do not comply, Mayor de Blasio said he may decide to close the parks entirely on Saturday.

“There is a density level in New York City that is wholly inappropriate,” Cuomo said at a press conference Sunday. “You would not know that anything was going on.”

Some officials, such as New York City Public Advocate Jumaane Williams, have called for a mandated lockdown in the city, where residents would have to obtain permission to leave the house only for essential purposes.

“We need bold, courageous, decisive action,” Williams said to Spectrum News on Tuesday. “We have to act right now.”

Cuomo also announced that 6,000 mental health professionals have volunteered to provide mental health support relating to stress, grief and other “emotional trauma” brought on by the pandemic. Residents can call 1-844-863-9314 to access the free service.

“We’re all concerned about the immediate critical need – the life and death of the situation – but don’t underestimate the emotional trauma that people are feeling,” Gov. Cuomo told the press Wednesday. “You can schedule an appointment totally free to talk to them about what you’re feeling.”

The Expression of A Drag King and Queen: The Art of Introspection

Mon Mar 30 , 2020
Two years ago, 22-year-old ShowPonii performed in his first drag show on March 14 at a tiny house party in New Paltz. Usually plagued with the feeling of needing to throw up before any public event, this party consisted of 20-30 people that he knew, giving him a shrill of […] 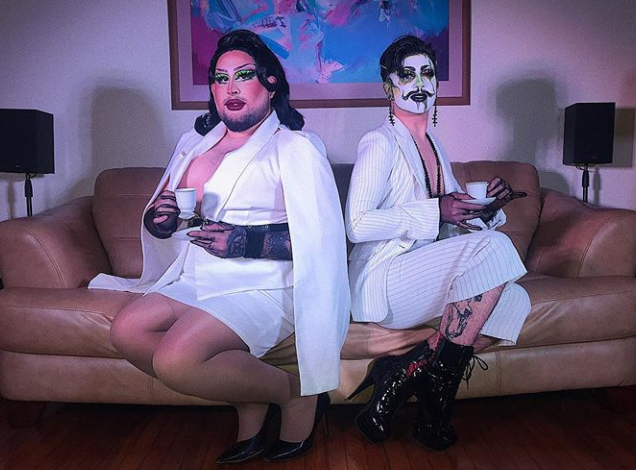