What were once known as emblems donned only by felons, are now becoming a procedure adored by artists and slowly gaining more respect.

The Little Rebellion would like to warn readers that this article speaks of tattoos and has both photo and video footage of needles. Please be advised.

One of the best ways to describe 22-year-old Renee Ricci would certainly be: artist. She’s been creating art using mediums varying across a (huge spectrum) of materials for most of her life: from painting, sculpting and ceramics to creating and selling clothing, jewelry and, soon, shoes. When exploring possible art forms, her natural inclination was to begin using a canvas that was beautifully unique for each person: the body. Thus, her journey with hand tattoos, also known as “stick and pokes,” began.

A stick and poke tattoo at its baseline only really requires two materials: a needle and ink. (Of course, safer procedures should include things like gloves and disinfectants). The process is extremely repetitive and includes sticking the needle into ink and then poking it into the skin, positioned to create the desired design. The poking must be done repetitively to enhance the vibrancy of the ink.

The stigma with them is strongly associated with prison and silly decisions made by high school and college students while under the influence. Some tattoo artists, such as Ricci, are working to change that stigma.

The first tattoo Ricci ever did was a small circle on her ankle when she was 15. At first, her mom was worried about the idea of her performing tattoos on herself with household materials and advised her to not do it again. Seven years later, Ricci has done a total of 33 tattoos on herself and over 100 for clients – from friends in her hometown in Albany to acquaintances on campus when she attended Eckerd College in Florida to present day, where she is now working out of her New Paltz apartment.

In fact, one of the clients has even been her own mom who she has tattooed twice. But she certainly didn’t start there. Over the course of Ricci’s journey in this work, she has enacted safer procedures than she began with when she started, including her taking a bloodborne pathogens course online and purchasing needles and ink specifically formulated for tattoos.

A blood borne pathogens course teaches participants how to avoid spreading infectious diseases that are located in one’s blood, such as HIV and Hepatitis C.

Jon Sands, a professional tattoo artist at Art In Soul Tattoo & Piercing Studio said although he believes he understands the social and cultural significance of stick and poke tattoos, the dangers could possibly outweigh the benefits, especially as it’s extremely difficult to create a sterile environment anywhere, let alone outside of a studio or lab.

“I personally have a hard time getting my head around how people can risk that kind of thing,” Sands says referring to people who get stick and poke tattoos. “It’s a scary, terrifying world and I couldn’t imagine putting myself in that position.”

“Usually I’ll have the person come over and we’ll have tea, listen to music and talk. Without the machine it’s a much more quiet and personal experience.”

Sands describes taking CPR, First Aid and cross contamination training before giving professional tattoos. For him, the notion of people giving tattoos in non-sterile environments without training is frightening.

To give a tattoo in an establishment, New York Law requires that each artist have a permit posted, which must be renewed every two years. In order to attain this permit, artists must become licensed by completing a three-hour infection control course and passing an exam.

Ricci has considered a career as a licensed tattoo artist but believes that the nature of being in a shop and even using a machine in and of itself would take away the ability to connect that she so greatly appreciates about the process of hand tattooing.

“I use all the same materials as a machine artist would, just without the machine. I think it’s a lot more meditative, and not as rushed as a machine tattoo,” Ricci said. “Usually I’ll have the person come over and we’ll have tea, listen to music and talk. Without the machine it’s a much more quiet and personal experience.”

Another reason people are grateful for the prospect of hand tattoos is that it makes the world of tattoos far more accessible. Gaining acclaim and many customers in the tattoo industry is often largely impacted by one’s ability to secure a strong apprenticeship, which is when a professional artist allows someone who is learning to shadow them.

“But now I feel like we’re in a renaissance because so many more people are teaching each other, especially in queer communities, and learning new skills and breaking down different areas in the industry, like learning to tattoo people with darker skin which is something not everyone knows how to do.”

The accessibility and inclusivity that is inherently more present for hand tattoos than professional tattoos seems to be a highly alluring aspect of this DIY method of art. The cost of performing hand tattoos is more accessible as well. Applying for a professional license costs $100 – not including the costs of the courses required – and must be renewed every two years, at a $100 renewal fee.

The sense of being able to create something for oneself, engraved in oneself is empowering to say the least. And despite the idea that DIY equates to lower quality, modern hand tattoo artists are proving the opposite to be true.

Ricci says her least favorite tattoo out of the 35 on her body is the one professional, machine tattoo she got, which she received only to experience what it was like. But part of what Ricci admires about the beauty of tattoos is the sentimentality of the process and being able to look back and recall the “intimate” and profound moment.

Chloe Pemberton attests to a similar experience of being able to bond with the person they are tattooing. One particularly sentimental moment: giving their grandmother her first ink.

“She’s this little, in her 70s, old Russian woman and it’s really crazy that she let me tattoo her because in Russia there’s a huge culture of prison tattoos and the idea that only prisoners have tattoos, so it’s amazing that she supports me in tattooing and trusted me to give her a tattoo,” they said.

They describe the moment as being “very sweet,” reminiscing that, “there was a sunset going on, she told me old stories about Russia and it was just one of the sweetest experiences we’ve had.”

Thu Mar 12 , 2020
Jack’s Rhythms proves that small record stores can coexist with streaming service giants  By Nicholas Califra Music is a multi-billion dollar a year industry. While the easy accessibility of subscription streaming services, like Spotify and Apple Music, made up $5.9 billion of the industry’s revenue in 2019, vinyl records and […] 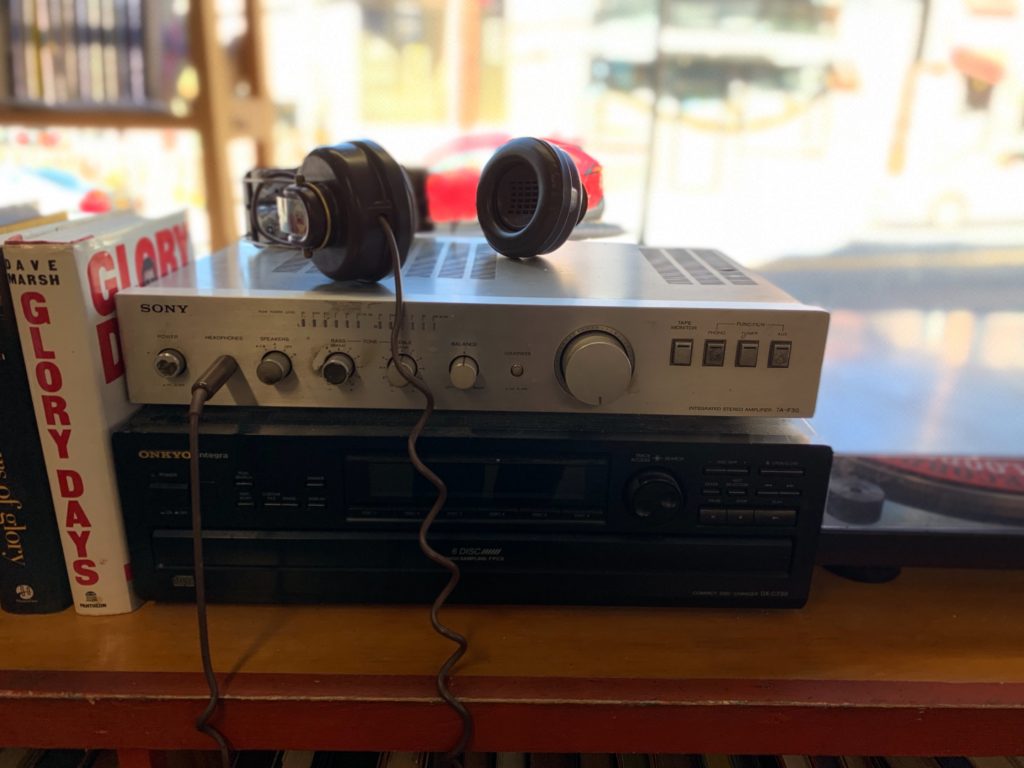