Sarah Torres, the owner of BeatbySarahT, a self-started makeup business, prides herself on the work she produces. A 19 year-old makeup artist from Harlem, New York‒ Torres brought her business from back home to the SUNY New Paltz campus in the Fall of 2018 to make a name for herself; she is looking to pursue a career in the cosmetology business.

Makeup has always been Torres’s biggest passion, ever since she was young‒ the first time her parents let her apply it to her face she knew she could take it and run with it.

“I was young, no older than 11 or 12, and I was looking through my mother’s makeup collection; after asking for the thousandth time, she finally gave in and let me use it…I just had so much fun with it,” said Torres, “It’s something that I just wanted to keep on practicing and improving in.”

Torres has been through her share of hardships growing up; her parents split up when she was young. Most find peace in other things like friends and family‒ those help Torres but she said nothing gets her in her element like doing makeup.

“I haven’t had the most stable living situation as a child, but no matter what I always found comfort in makeup. When nothing else was going right make-up was always there like a security blanket,” said Torres.

After endlessly practicing and perfecting the makeup on her own face she wanted to branch out and begin to work on others. She first started doing her friends’ makeup just for fun and to showcase her talent. The positive reactions and looks in her friends’ eyes after she would finish their makeup would continue to boost Torres’s confidence.

She said, “I was practicing on one of my friends on campus and when she finally saw the finished product she couldn’t contain her excitement; getting this type of reaction solidified me wanting to pursue makeup[professionally].”

In 2017, Torres began her own make-up business and named it BeatbySarahT. At first it was just for fun, not thinking too much of it. As time progressed and more people wanted Torres to do their makeup, she thought to herself that she could begin to profit off of this.

Torres began charging for her services and earning some of her own money. She was still attending high school in New York City at the time, so this was something that she would focus on in her free time.

She made her makeup services affordable, especially for her customers who, for the most part, are close to her in age. The average cost to get your makeup done by an artist can range from $90-$475 depending on the look you get. Torres charges anywhere from $25-$60. In the makeup industry that grosses over $8 million annually, Torres is making getting you face “beat” cost friendly.

After being at New Paltz for over a year and a half, Torres’s business has seen much growth. When she met someone new she would throw in a quick sidebar and mention how she is a makeup artist and that if they ever needed it done for an event or a party she would be more than willing. She began by spreading her business through word of mouth and would get people to book her here and there. Torres would post the recording of the make-up process on her Instagram, along with before and after pictures to show others her talent and to bring in more customers.

She has successfully done makeup for multiple fashion shows and events on campus. People look to book her separately rather than go with the makeup artists the fashion show provides. Her clientele has expanded and she now has brand ambassadors who get their makeup done for free in exchange for promoting her work on their social media and referring others to her. Torres looks to continue to grow her brand and to eventually become bigger than New Paltz.

Kaihl A. Brassfield is a senior at SUNY New Paltz double majoring in journalism and public relations. He is a sports enthusiast who hopes to one day work as an opinionist for a major sports network.

Wed Mar 18 , 2020
By Lara Morales “I’ve never seen a line to get into Snugs” was a sentiment that was echoed by many who passed by the unusually busy dive bar. While the bar was fairly popular amongst locals and students, there was a clear reason that there was a huge turnout tonight: […] 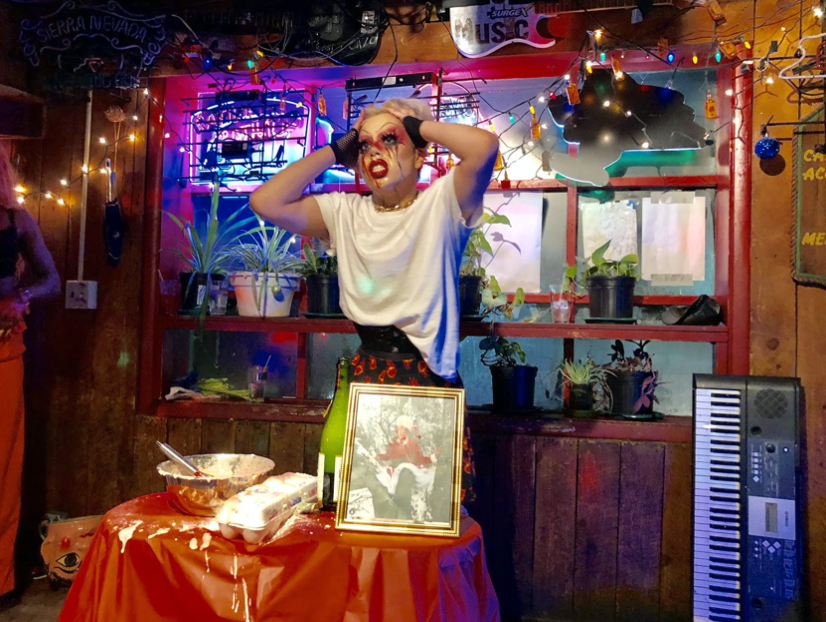