Edited and Packaged by Jessica Barr

It’s fall 2017 on the SUNY New Paltz campus. Trump has pulled out of the Paris Agreement his first summer in office and students gather around the Humanities Building for three hours to take turns laying in body bags in protest. Inscribed next to the body bags are the ways the fictitious, or perhaps very real, person had died: “wildfires in California”, “Flooding in Bangladesh” and other natural disasters amplified by climate change. The name of this movement? Climate Change Kills.

Seth Laxman was one of the students responsible for the inscriptions alongside the body bags. Laxman knew he wanted to be a part of making an environmental impact on campus, so he became a member of the Sustainable Ambassadors program, which allowed for students to have an influence with administration. During the fall of his second-year, Laxman applied and got a position; this is where he met Lisa Mitten.

As the college’s first campus sustainability coordinator, Mitten provides a space for students, faculty and staff to put their passion to work in creating and maintaining sustainable practices on campus. Her work consists of updating the campus sustainability plan as well as moving SUNY New Paltz toward becoming carbon neutral. Mitten has also been working to implement the United Nations Sustainable Development Goals, which diversify what sustainability encompasses, making it include other concerns like equal opportunity.

Integration of these sustainable development goals into the sustainability strategic plan has been one of the accomplishments Mitten is most proud of. She believes: “True sustainability is not just about environmental sustainability. There are social and economic dimensions as well.”

Mitten’s sustainability efforts began long before obtaining her position at SUNY New Paltz. She earned her bachelor’s degree in Government and Politics from the University of Maryland, as well as her Masters in Public Policy. Mitten acknowledged, “I happen to be friends with many of the people in the environmental policy program, so it was really my peers in graduate school who were the ones who significantly influenced me in terms of environmental issues.”

Mitten and her husband decided to leave Long Island when he was given the opportunity to work as a farm manager in New Paltz. Through a fateful coincidence, on the day of their official moving decision, a position opened up for the Sustainability Coordinator at SUNY New Paltz. The job requirements pushed Mitten to feel destined for the job: broad sustainability experience and facilities experience. With her background in working in the architectural engineering industry as well as sustainable agriculture and climate activism on the side, she felt more than compelled to take on a new challenge.

“One of the most fun parts of my job is the process of being able to work with faculty and students to make campus a more sustainable place.” Mitten continued, “I am realizing now that without them doing this work and without significantly expanding the team we would not have made nearly as much progress as we have made this semester.”

One of the students Mitten is referring to is third-year Jazmine Espeut, studying international relations with a contract major of environmental studies. Sustainability and environmental studies have always interested Espeut, which is why she jumped at the opportunity to become a sustainability ambassador. Both Espeut and Mitten describe much of their work occurring behind the scenes, Espeut suggesting that about 75% of it is not necessarily seen or advertised.

Espeut said, “For example, if you notice now all the straws are compostable on campus which is what we campaigned to do, the cups as well, with the exception of Starbucks. Composting is also a thing in Peregrine. We have two industrial compost bins where you can put anything from meat, yogurt, napkins, basically anything that is not plastic. Those are all things that we have championed on campus but we don’t necessarily have signs out.”

In its infancy is the carbon neutral project, hopeful to be completed through the Sustainability Network by 2030. Slow the Flow, another initiative of Sustainability Ambassadors and supervised by Mitten, is the effort for the New Paltz area to conserve water while the nearby aqueduct undergoes work.

Espeut described how exciting the growth of the ambassador group is: “I remember my sophomore year it was almost like pulling teeth to get people interested. Now it is more enjoyable because of course you can tell someone how to be sustainable, but they are so much more receptive when they want to do it.”

Although Espeut is thrilled by the rapid growth of the group, she feels thankful for the personal time spent with Mitten when only a handful of sustainability ambassadors existed. “Last year there were less of us, four or five, and now we have expanded to a team of about 15 or so. We are still accepting volunteers on a rolling basis.” Espeut continued, “It’s really awesome because as a sustainability ambassador she is my supervisor and we work basically together for everything. Even though her title is the Sustainability Coordinator and she knows a lot about sustainability, she also knows a lot about the engineering of the school and the technical nitty-gritty things.”

Laxman was also a sustainability ambassador with Espeut when only a few students were involved. He is a third-year student, double majoring in environmental geography and Spanish language and culture, with a minor in disaster studies. As he notes, “climate change is a disaster.” He too has had the opportunity to get to know Mitten personally, describing her as driven, receptive and a good listener. Laxman said, “you would expect someone who is the chair of the committee to be talking all the time, but she is great at directing people and taking whatever they produce from that and putting it to good use.”

Laxman continued to describe the scene of her office in discussing her internal drive, “Whenever I go to have a meeting with her in her office she’s got like four Chrome Windows open, and each one’s got like 30 tabs and her bookmarks are so full. She’s always learning about new stuff and finding new and exciting things to do in New Paltz.”

Laxman has also gone to Mitten for career advice, as he is interested in pursuing a similar position as Mitten after graduation. As Mitten’s degree does not directly correlate with environmental studies, she has assured Laxman that his passion will allow him to get to where he wants to be. Laxman recounts her advice when she said, “You can still do things without everything being perfect.” He continued, “It has been great to have someone like that in a mentor position in my career.”

Mitten’s long list of successes combined with extensive and versatile knowledge on large scale sustainable practices have grown from continued battle. “There are times throughout my past six and a half years that I have been here where I feel like things haven’t been moving forward… and I have questioned whether I am doing enough.” Mitten continued,  “There have been times where I suggested technologies that we invest in and then I hear that the technology that I am recommending is worse than coal.”

The trial and error nature of sustainability has bled into Mitten’s home life as well. She’s taken steps to live a zero-waste lifestyle though reducing clutter, keeping only necessary household utensils and donating clothes. Zero-waste grocery shopping poses new challenges which she prepares herself to embrace, in the meantime weaning her home off natural gas heating methods and driving an electric vehicle.

“I’m not perfect and one of the things that I stress with other people is that I might go into a meeting where there is a plastic water bottle and they have to hide it or excuse it. But, I’m like, don’t worry about it.” Mitten continued, “It’s a journey.”

Her enthusiasm to implement, diversify and educate on the ability to attain sustainability has left a mark on those around her. There is a face behind our campus’ journey to sustainability: Lisa Mitten.

Are You a Slasher? I am!

Tue Dec 10 , 2019
By Tina Staniscia Since I was 18, I thought I was a card carrying member of the ‘gig economy’, a term that wasn’t even coined back then. Characterized by freelancing and short-term contracted work, many workers participate in this form of income generation.  Little did I know, there is another […] 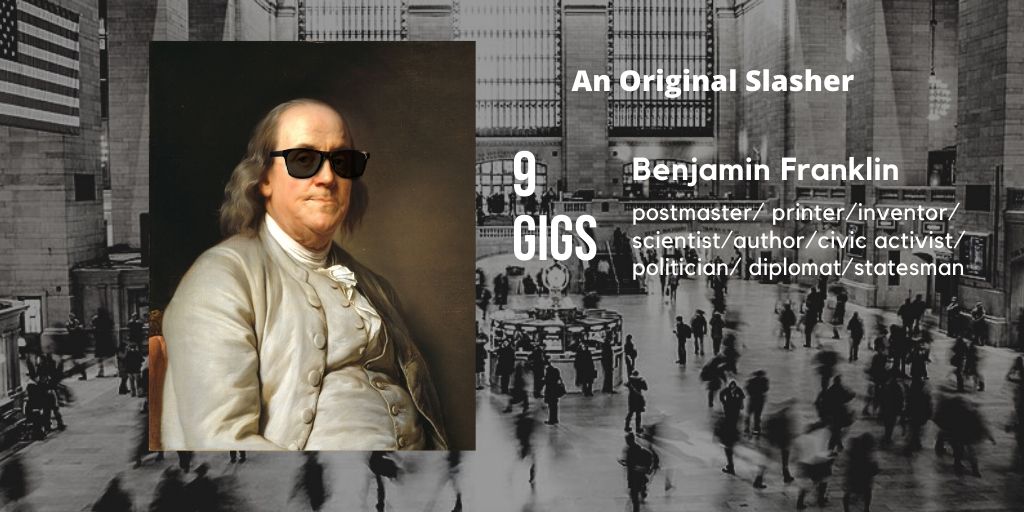