By Nadine Cafaro; Edited and Packaged by Annemarie Durkin

New Paltz, N.Y.– After a shocking set of numbers was released about hard-to-count communities in New York, people fear a decrease in federal funding due to the chance of children under five being undercounted in the upcoming 2020 Census.

The importance of this age group being reported, combined with other miscounted groups, can have a drastic effect on federal funding. Programs like Head Start and the Preschool Development Grant Program receive these grants, but federal funding also applies to after school care, daycares, health insurance for children, and low income families.
Roughly 5% of children worldwide were not counted in 2010. The amount of funding provided to local governments, social service programs and nonprofits is directly related to the population in a community. Without a more accurate count in 2020, there will be a lack of funding for children-based programs.

In Ulster County alone, there is a population of approximately 178,599 people. Of that, 4 percent are children aged 5 and under. In 2010, an estimated 6 percent of this age group was miscounted in Ulster County. Though it seems like a low number, counting most of them is vital to ensure that these programs continue to receive funding.

So, local leaders and community support groups are urging local families to count their children in the upcoming census. Households where children are omitted often are situations where the guardians are not their biological parents. Some households are children living with grandparents, guardians, non-nuclear situations, or renter-occupied.

However, local officials and Census helpers still ask these complex households to include their children.

The results of the Census also directly affect the funding spent by states. Warren Brown, senior research associate at Cornell University’s Institute for Social and Economic Research, and director of Cornell’s applied demographics, will be working his fifth Census in 2020.

“For federal spending alone, Reamer documents that in the 2017 fiscal year, 316 federal spending programs relied on 2010 Census-derived data to distribute $1.5 trillion to state and local governments, nonprofits, businesses, and households across the nation,” Brown said.

In Reamer’s research, he lists all of the 316 programs. However, Brown says this still does not include funds spent by states, local governments, and private businesses.

“In New York state, sales tax collections are distributed to local governments on the basis of the census count, not on where the sales took place,” Brown said.

Brown also acknowledges that children under 5 being accurately reported is extremely important. He cites the federal Children’s Health Insurance Program and the Federal and State Nutrition Assistance Program for Women, Infants, and Children for Allocating Funds as just two very important programs that depend on an accurate count.

“Many of the programs and services that are aimed at children use these data to make funding and program delivery decisions,” Brown said.

To make more people aware, the Census Bureau distributed press releases and flyers with knowledge on how to inform others to report children under 5, including newborn babies due to the binding needs.

Robert Leibowitz, 44-year-old principal planner for Ulster County assists in researching census and demographic data. The Ulster County Planning Department is a New York Census data affiliate and Leibowitz is the contact for the county.

“Usually, the result of families not including younger children on the form is a lack of awareness of the Census to this target,” Leibowitz said.

Leibowitz spends time with the planning department posting hard-to-count maps to educate those on why it is important to be aware.

Leibowitz explains that federal funding does not just directly influence non-profits and different services, but also the ability to conduct census work.

Further down in Reamer’s research, he says, regarding the Census, “It’s a lot of money, it’s complicated, and it depends.”

“Depends” meaning that it differs from program to program and relies on an accurate count.

In other words, the Census Bureau is dense, but vital, and its accuracy depends on how many residents complete it. 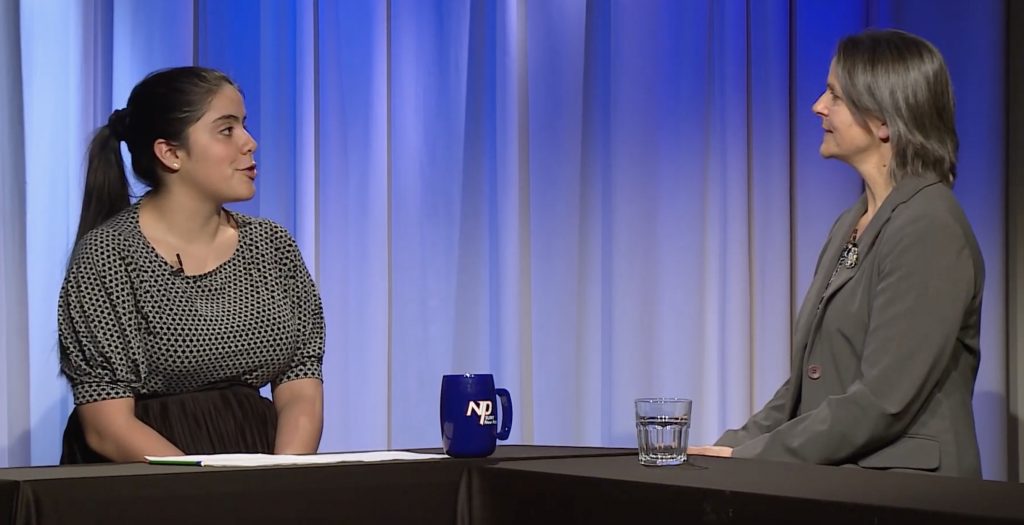