Edited and packaged by Max Freebern

Median household income has declined as jobs leave the mid-Hudson Valley, according to the recently released “Out of Alignment” report by Hudson Valley Pattern for Progress (HVPP).

Median household income represents the average amount of money earned in a household. The drop in income across the region was due to higher-paying jobs—in sectors such as finance, manufacturing, education and information services—  leaving the area. The mid-Hudson Valley has seen lower-paying jobs—such as occupations in food, administration and waste services— come into the area. These lower-paying occupations often pay less than the cost of living, according to the report.

“[The report] is meant to be a call to action,” said Jonathan Drapkin, the president and CEO of HVPP. “Strategies, recommendations and suggested actions will be contained in the second part of the report to be released in the beginning of the [new] year.”

According to the HVPP website, the group’s mission is to “promote regional, balanced and sustainable solutions that enhance the growth and vitality of the Hudson Valley.”

The report collected data from Columbia, Dutchess, Greene, Orange, Putnam, Sullivan and Ulster counties which, except for Greene County, have all seen their median household income decline since 2010.

The decline in median household income in the mid-Hudson Valley is representative of a national middle class that is shrinking, losing purchasing power and has a growing disparity between the wealthiest and poorest households. This affects middle class and poor households’ ability to achieve economic independence.

The study also found that due to the area’s close proximity to New York City, housing, food, transportation, childcare and healthcare was more expensive. The report also notes that the area’s high cost of living— including taxes, housing costs and childcare— was almost twice as expensive as comparative areas.

While median household income and labor force participation declined, poverty rates rose in the majority of the counties in the Mid-Hudson Valley.

Poverty Rates by County (% of individuals)

According to the ‘Out of Alignment’ report, to counteract these trends, the Mid-Hudson Valley’s public officials “must work hard to diversify and strengthen our economy and change how we live so that we can secure the future while retaining the sense of place that makes the mid-Hudson Valley such an attractive area to live.”

“We’re committed to growing the mid-Hudson’s economy in a way that enhances opportunities for all residents and ensures everyone benefits from the region’s success,” said Adam Kilduff, a spokesman for Empire State Development, responding to questions via email.

“New York State is narrowing the opportunity gap through the creation of new jobs with good salaries and a robust $175 million workforce development initiative to make sure today’s workers are equipped with the skills required for the jobs of tomorrow,” Kilduff. He referred to the Workforce Development Initiative launched by New York State that helps people find jobs and develop skills to advance their careers.

According to Kilduff, Empire State Development wants to see economic growth  reach everyone and is working with economic and workforce development partners, like the Orange County Partnership and the Business Council of Westchester, to help improve median wages and reduce poverty rates throughout the mid-Hudson Valley.

Thu Dec 12 , 2019
Written by Maggie Gibson Edited and packaged by Erica Ruggiero There’s a chance a SUNY New Paltz student and someone in India are both listening to Brett Barry’s voice at the same time. One might be in a class lecture and the other watching a promo for “The Big Bang […] 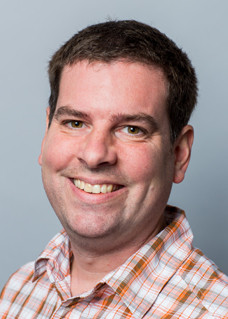