Edited and packaged by Erica Ruggiero

There’s a chance a SUNY New Paltz student and someone in India are both listening to Brett Barry’s voice at the same time. One might be in a class lecture and the other watching a promo for “The Big Bang Theory” on their TV network. Barry has been voice acting since 2000 and emphasizes that it is more than hitting record and talking.

What’s your earliest memory of wanting to be a voice actor?

Probably when I was a kid. I had a little tape recorder and I used to do fake commercials in my room. I think it’s always been in me.

What did you record as a child?

There was a PSA campaign about recycling. I remember mimicking that on my Fisher Price tape recorder. I would do sound effects live. I had a piece of paper in my hand and I said in my deepest kid voice, “If you’re not recycling,” and I crumbled it all up, “then you’re throwing it all away.”

What did you major in?

I went to college for television, radio and film production. I went right into documentaries after college. Within that first year, I worked for a company as an associate producer. We produced documentaries for all the big cable networks. That’s where I started doing a little bit of voiceover work just for fun. I came at voice acting from a production background, which gives me a different perspective. When I’m recording, I’m thinking like a like a producer and editor. That’s helpful in a way.

How often are you doing voice acting work?

I record every day, mostly on promos for a network that I work with in India. We have a network that does all American TV shows. So, first thing in the morning, I usually have a script or two. It requires a lot of energy. It’s a fun way to start the day. I do a lot of audio production. So even if I’m not behind the mic, I’m either editing or creating new projects. I’m doing a lot of mixing and sound design right now, which may or may not include my voice. If it’s a particularly quiet period in my life, then I’m doing more marketing and getting my name out there to new places. It’s always kind of a balance between the work that I have now and planning for the future because the business always changes.

What’s your favorite projects that you’ve worked on?

I think commercials are really fun. I don’t get to do them that often because it’s super competitive. There’s been some interesting audio books that I’ve done. I host a public radio show called Sound Beat. They are little 90- second episodes about the history of recorded sound. It’s a cool project to be involved with. I record them all once a month, and they edit, stockpile and then release them every day.

What’s your least favorite project to be involved in?

There’s been some audiobooks that have been really torturous. I did one that was, like, 17 or 19 hours long about the history of freemasons in America. Those are really tough because there’s also a lot of names and places that you have to look up to get the pronunciations right. If it’s a topic you don’t care about to begin with, it just makes it that much harder. But overall, I just love doing voice work. It’s rare that I’m hating what I’m doing. I’m pretty much always excited to do projects.

Do you have an agent?

I have an agent but I get 90% of my own work. If I want to audition for any kind of national commercials or anything like that, the agent is necessary because those types of jobs don’t come to individual talent. It’s good to have the agent, but I do most of the legwork.

How do you prepare before an important session?

I’ll stay away from red wine or a lot of coffee. I try to hydrate more and get enough sleep. I drink a lot more water when I’m in the booth for a longer time than on a regular day. If I’m doing a big audiobook production, I’ll drink more herbal tea. There’s a tea called Throat Coat that professionals use all the time when they’re doing long projects like that.

Any final words for someone looking to pursue voice acting?

There’s a lot of people who want to do this work. 85 percent of members of the Screen Actors Guild make less than $5,000 annually from acting gigs. So, there’s only 15 percent who may be making some kind of full time salary out of this business. Do it if you’re passionate about it, and then hopefully the money will follow.

Thu Dec 12 , 2019
By Victoria Cymbal Packaged and Edited by Victoria Cymbal Global movements are happening left and right to compel government action to avoid the intense impacts of climate change. Many people are refusing to sit and wait for the government to take action and are doing so themselves.   New Paltz consists […] 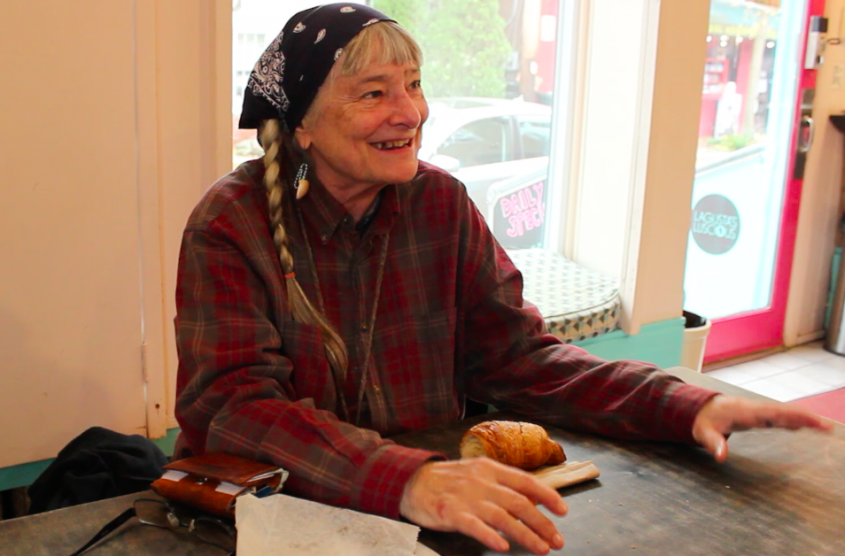