Edited and Packaged by Nadine Cafaro

“Fund SUNY now! Fund SUNY now! Fund SUNY now!” The echoes from the rally could be overheard from all around the Student Union Building and across campus. It was a chilly day in late October, overcast skies. Around 100 people were gathered, clothed in matching red union t-shirts and holding signs bearing such phrases like “stand up for SUNY” and “we want a living wage.” The passion for their cause could be seen on all the demonstrators faces and felt through their words.

Members of the campus community gathered for a rally preceding a State Senate Higher Education hearing to discuss state funding to SUNY on Monday, Oct 28. The demonstrators consisted of students, faculty, staff and the senators who are a part of the higher education committee. Among them was Brian Obach, a sociology professor at New Paltz and prominent member of UUP, or United University Professions, the union that represents faculty across the SUNY system including New Paltz (the organizer of the rally).

Obach began teaching at New Paltz in 2000, the same year he earned his doctorate from the University of Wisconsin, Madison in sociology. Prior, he earned his masters from there in 1991 and his undergraduate bachelor’s degree in political science from SUNY Albany in 1989. He studies and teaches about social movements and is a very strong proponent of advancing positive social change. Obach teaches social statistics and social movements, the market and the environment, among other classes relating to sociology and sustainability at SUNY New Paltz.

At the rally, Obach stands among his fellow union members and faculty, proudly displaying a large banner with the words: “THANK YOU SENATORS” displayed in big green letters. State senators announced in early October, “the Senate Standing Committee on Higher Education will hold a series of public hearings across the state to discuss the cost of public higher education, financial aid programs, state support, student borrowing and other challenges to affordability and accessibility.”

Among those attending the rally were those senators on the committee who are in favor of increased state funding of higher education in New York, who are ultimately holding these hearings in order to gather evidence and talking points to present to the governor come time to make the state budget for the coming year. Obach’s banner proudly thanks them for the difference they are trying to implement.

As governor Andrew Cuomo is currently in the process of drafting the state budget for next year, Obach and UUP find now the perfect time to voice these concerns over the declining state funding of public higher education. According to the College Board, “annual published tuition at four-year public colleges has risen by $2,484, or 35 percent, since the 2008 school year.” These sharp tuition increases have accelerated the long-term trends of college becoming less affordable and cost shifting from states to students.

UUP has a number of causes they work on and advocate for including women’s rights and equality in the workplace and various other arguable issues relating to the workplace. One of the main things that they’re working on right now is the New York State budget. In the last 10 years, New York, which used to provide most of the funding for public higher education in the state, has not increased funding at all relative to rising costs.

Back in his office, Obach explains the reasoning behind the rally. He speaks passionately, and matter-of-factly; “This is not what a public university should be. Public universities should be funded by the public, just like other public institutions…these things belong to the public and should be funded by the public…they’re designed to make higher education available to everyone and once you start adding costs on to it and underfunding it, the quality diminishes.”

Obach urges people who are interested in making change and pushing for state funding of higher education to get involved any way they can. “This is how change happens in society; any positive progressive change in policies come about because people organized and demanded it. Everything from the civil rights movement to voting rights for women to LGBTQ+ rights; all of these things came about because people join together in organizations and start bringing pressure to bear on decision makers.”

Obach is passionate about a number of causes beyond higher education funding. In addition to his work with UUP, he is also the co-president of nonprofit organization, the Phillies Bridge Farm Project, which is committed to food justice and education around sustainable agriculture. He joined the board in 2017 and was elected secretary in 2018. Earlier this year, he was elected to his current role as co-president.

“The Farm Project works to promote sustainable agriculture through farm demonstrations, educational programs, research, distribution of food to those in need, and with the working farm.” With 65-acres worth of farmland, Phillies Bridge Farm Project has donated over 12,000 pounds of farm-fresh foods to a number of partner organizations.
In addition to his hands-on work in advocacy, Obach published a number of works related to sustainability and labor movements over the years including “Labor and the Environmental Movement: The Quest for Common Ground” in 2004, which earned him an honorable mention from the American Sociological Association for a collective behavior and social movements distinguished book award in 2005  and “Organic Struggle: The Movement for Sustainable Agriculture in the United States.”

‘Oh I believe in gender equality so I’ll try to treat people fairly’ or ‘I’m an environmentalist so I’ll recycle;’ and that’s all well and good and necessary, but change happens through policies and laws.

Obach is a very prominent leader in advocacy for a number of social movements and continues to be effective in making actual changes. After being asked how the everyday person can make a difference, his eyes lit up, as if a switch was turned on; “Exercise your collective voice and do it carefully and strategically in a way that puts the pressure on those who actually make decisions in society, that’s crucial…there’s so much of a bias in favor of individual action. ‘Oh I believe in gender equality so I’ll try to treat people fairly’ or ‘I’m an environmentalist so I’ll recycle;’ and that’s all well and good and necessary, but change happens through policies and laws. That’s where organizations and unions come in and what they’re about: people joining together to exercise collective voice and that is fundamental to any change.”

Brian Obach is a sociology professor at SUNY New Paltz who participates and organizes social movements. See Obach give a Hawk Talk on Climate Action here. 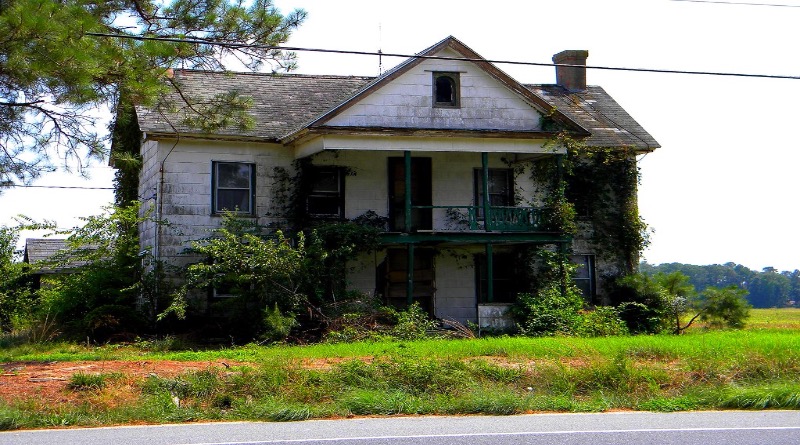