Edited and Packaged by Anthony Lebron

Linda Eaton, 61-year-old associate vice president for student affairs, says “Every single person here has a story,” as she eagerly talks about her 25 years on the SUNY New Paltz campus in her snug office on the seventh floor of the Haggerty Administration Building. She met her husband David Eaton as colleagues here at New Paltz, and they are now planning on retiring together in June of 2020. They intend on driving to Michigan to be with their grandchildren and relax after a stressful career. However, Eaton says it’s bittersweet as she reminisces on college days to the moment she got her first position here.

Can you tell me about your journey to becoming the associate vice president for Student Affairs?

It started after my first year at Olivet College in Michigan. I had applied to be an orientation leader, but ironically I had pledged a sorority that spring, and so I was interviewed for the job and I didn’t get it. It was devastating. So I went and talked to the individuals that interviewed me and asked them for feedback. They said they weren’t sure I’d be an appropriate role model. I attributed it to the fact I was kind of seen as someone who was quite socially active. That summer, I got a call from my hall director asking me if I would be interested in being a resident’s assistant. I didn’t know at the time it was going to be such an impactful position that really started the trajectory for me to be interested in higher education. The Olivet dean of students, whom I got close with, said, “Hey, listen, I’ve heard all about you. Someone thinks that you have some potential, so don’t blow it.”

How did you wind up at SUNY New Paltz?

In 1994, what was it like hearing that you got the position?

It was kind of exciting and it was going to be an adventure. I was moving away from family, but I knew it was going to push me professionally. I was anxious for a change because my interview here was almost two full days, but I met a lot of people and I could tell right away that everyone here was very dedicated and the students were important. I only thought I’d stay three or four years, but I never imagined it’d become 25 years. I was very excited when I was promoted from being the dean of students to this position because it just gave me a lot of opportunities to work with some great people and create.

What were your goals for this position? Did you achieve them?

The Emerging Leaders Program, which is a first-year program that I created with the director of student activities back in 2006 and it’s still going strong. I would have never really imagined that that program would stand the test of time. Also, a few years back we created these new first-year Living Learning Communities, which are still successful. I’m also proud of getting a rather large New York State prevention grant that I wrote with two of my colleagues.

What does your job entail?

Do you have any regrets in regards to your career?

There was a point in my career, right before David and I got together, that I was looking into Ph.D. programs. However, you make decisions based on what’s going on in your life, and I knew my relationship was important. I decided I didn’t want to sacrifice that to work on a Ph.D. I do feel like I’ve had a really great career, so no, I wouldn’t say it’s a regret. I have seen New Paltz just get better and better. As my husband says a lot, “It’s nice to be on a winning team.” New Paltz seems like a winning team.

Do you plan on staying in Kingston or fleeing somewhere warmer for retirement?

It’s interesting because eight years ago we built a retirement home on Lake Superior where my husband grew up. So we are going to the Upper Peninsula of Michigan to enjoy the Great Lakes. That’s one of the bittersweet things, is that we’re not just leaving SUNY New Paltz, we’re actually leaving New York. However, we feel like we’re going home. All of our family and three of our grandchildren live in Michigan, and as you get older, you feel like you want to be with family. 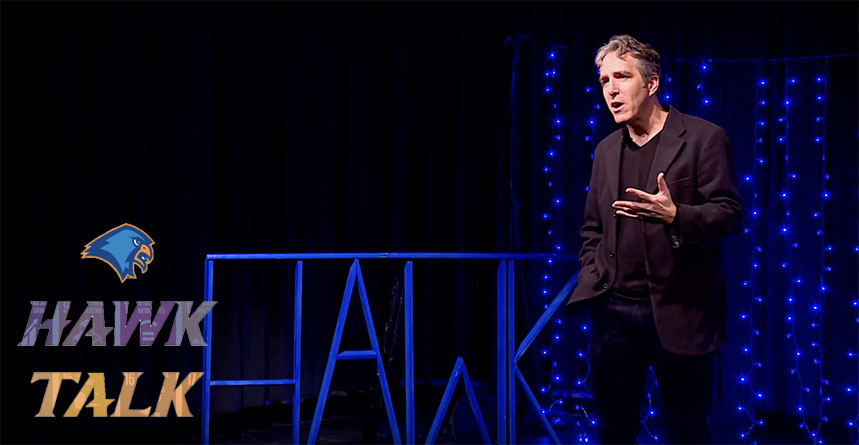