“I was really happy for Kevin,” said the head men’s soccer coach Kyle Clancy. “He is a very hard-working player every day. He had some practices this year that was the best we’ve ever seen from a player in our program,” Clancy said. The coach continued, Doorley worked very hard to improve in all areas of his game, and he made some impact in every single game.

For the third-straight year, Doorley led his team in points after scoring five goals and setting a team record of 10 assists this year. They landed sixth in the SUNYAC, with 20 points with the players above him on the list playing at least one or two more games. He was just one of three players to start 17 games for the Hawks, and was second on the team in total time played at 1,344 minutes. Doorley also led SUNY New Paltz in shots, 54, and shots on goal, 29, and was the team’s biggest play-maker.

Doorley scored a highlight bending strike of the 18-yard box in a 1-0 win over Vassar College on Sept. 11, but two of the best games he played were on the road against conference rivals SUNY Cortland and Oswego State. He was a big part of the Hawks’ 1-0 win over the Red Dragons.  Despite falling to the Lakers with a 2-1 the next day, Doorley produced some great services throughout the match, while also adding a goal on a successful penalty kick attempt.

“I know we lost that game, but awesome delivery and just missed out on a couple where he played a great ball in, and scored on a PK,” Clancy said. “That whole weekend he was really good, Cortland and Oswego.

Through three seasons, Doorley has already become one of the best players to suit up for the Hawks. Along with being a two-time All-SUNYAC selection and an All-Region selection in 2018, he also sits in the top-five in SUNY New Paltz history in goals, assists and points. He has totaled 22 goals, tying for fifth most all-time. His 23 assists is the third most in program history, sitting just three behind 2012 alum Tommy Garafola and 17 away from tying the all-time record set by SUNY New Paltz Hall of Famer Gene Ventriglia. His 67 points is fifth-most all-time, just behind 2012 alum Jimmy Altadonna,73, and 2004 alum Mario Lavacca, 95.

“He is a really intelligent player. He moves really well off the ball,” Clancy said. “Makes excellent final runs. That was an area where we missed out a little bit on some of our deliveries on the year, we just couldn’t find them as much, but his runs in the box are great. He is a clinical finisher. Really technical, good with both feet.”

To read the original article, check out this link! https://nphawks.com/news/2019/11/13/suny-new-paltz-mens-soccer-junior-midfielder-kevin-doorley-earns-second-straight-first-team-all-sunyac-nod.aspx 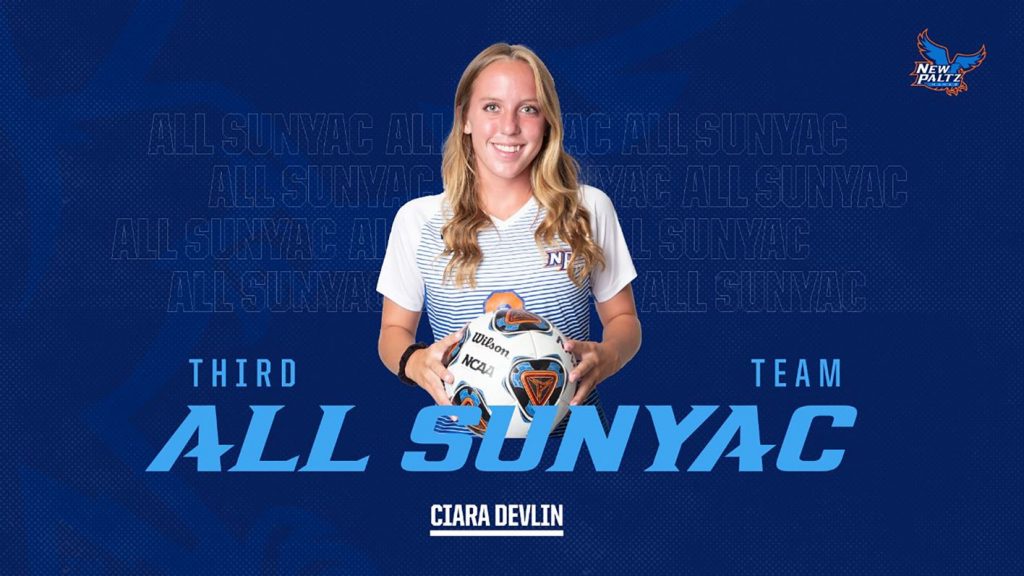