Albany, NY — Despite trailing for most of the game, the State University of New York at New Paltz continued working out of a double-digit second half deficit Wednesday night against hosting The Sage Colleges. The Hawks ultimately re-gained the lead with little more than two minutes left and held on from there to clinch at 77-74 win.

“I’m proud of them for fighting back after struggling most of the game,” said SUNY New Paltz coach Keith Kenney. “They never panicked. We had had many guys pitch in. It was a team effort.”

The win brings up the Hawks’ record to 2-1 on the year, bouncing back from their first loss of the season more than a week ago when foul trouble plagued them in a tight contest on the road against Farmingdale State. Wednesday’s game against the Gators (3-2) started similarly with Sage gaining second-chance opportunities, while also working hard to get trips to the foul line. However, SUNY New Paltz gritted through and overcame offensive struggles by buckling down on the defensive end down the stretch to create turnovers to get back into the game.

“Late in the game we had really good possessions defensively,” Kenney said. “We pressed and played a little zone and we created a few turnovers, and the guys made plays on offense.”

Sage earned a slight one-point lead at the break, taking advantage of its prowess on the offensive glass. The Gators pulled down 13 offensive boards in the first half versus just five for the Hawks, which extended possessions for Sage allowing the hosts to stay close despite shooting less than 30 percent from the field. Second-chance opportunities and the Gators ability to get in the paint and earn trips to the foul line allowed them to jump ahead to as many as 12 to start the second half.

With seven minutes left, SUNY New Paltz’s RJ Meyers-Turner cut the lead to four after a swift move to the basket and finish at the rim. Darius Denmark responded with a 3-pointer on the other end for the Gators, but Jake Passaretti got the Hawks back within five a play later after a steal and transition bucket.

SUNY New Paltz then inched within three with less than five minutes to go after Tristan Wissemann found Scott Reisert inside for two, cutting the score, 69-66. Following a timeout by the Gators, the Hawks came out in a full court press, which led to a turnover by Sage. Richard Altenord picked up the steal for SUNY New Paltz and put in an easy two points. A defensive stop on the ensuing play led into a made three by Wissemann to give the Hawks their first lead since late in the first half.

Sage went back down the floor and tied the score at 71 with 3 minutes, 25 seconds left. Reisert gave SUNY New Paltz back the advantage a minute later, getting his basket to go after a good find by Passaretti. The Hawks made a defensive stop on the ensuing possession with Kenney calling a timeout once his team re-gained the ball.

After a turnover by the Hawks, the Gators earned a pair of free throws, making 1-of-2 to cut the score, 73-72, but Passaretti quickly added two more after hitting a runner in the lane. However, a quick pass from Anthony Mitchell to Jason Geronimo under the rim cut the Gators deficit to just one with 45 seconds left.

The Hawks turned the ball over following a Sage timeout, giving the hosts another opportunity to re-take the lead with 34 seconds left. Mitchell tried to drive by Altenord, but great one-v-one defending by the junior transfer, coupled with some heads-up help defense by Wissemann forced a bad shot with the latter picking up the defensive board on the play. The Gators were forced to foul with 23 seconds left, sending Passaretti to the line. The junior hit both to extend his team’s lead, 77-74.

Stuart Phair had a decent look from the perimeter to tie in the waning seconds, but his attempt hit off the rim. Mitchell quickly touched the loose ball out to Denmark for one final attempt as the buzzer sounded from the corner, but his shot was also off the mark, finalizing the three point win for the Hawks.

Altenord finished with a team-high 17 points on 5-for-14 shooting from the field, while adding four rebounds, three steals and a block. Passaretti followed with 16 points, hitting 6-for-9 from the field, while registering a game-high six assists. Meyers-Turner earned his first start and finished with 11 points, making 4-of-6, with three rebounds, while Isaiah Bien-Aise also finished in double-figures, recording 13 points and seven rebounds.

SUNY New Paltz had one of its worst offensive night of its young season, netting just 46 percent from the floor, but made sure to get into the lane and totaled 36 points in the paint, while also earning 23 trips to the line, hitting nearly 74 percent. Sage also had a poor offensive night, shooting just less than 37 percent as a team, but held the advantage on the boards, 44-41, including 19-8 on the offensive end.

“Sage took it to us tonight and out-rebounded us and created second-chance opportunities,” Kenney said. “We struggled offensively tonight, but we defended better.”

The Hawks are back on the road Saturday when they take on SUNY Maritime for a 1 p.m. game.

Click on this link for the original story! https://nphawks.com/news/2019/11/20/suny-new-paltz-mens-basketball-rallies-late-to-close-out-a-77-74-road-win-over-sage.aspx

Tips for Staying Organized in School

Thu Nov 21 , 2019
By Jake Mauriello  The transition into college can be hard for even the most well-prepared student. Between the loss of a fixed schedule, the absence of parental control and an influx of work and responsibilities, it’s easy to feel yourself getting disorganized as you enter adulthood. On top of this, […] 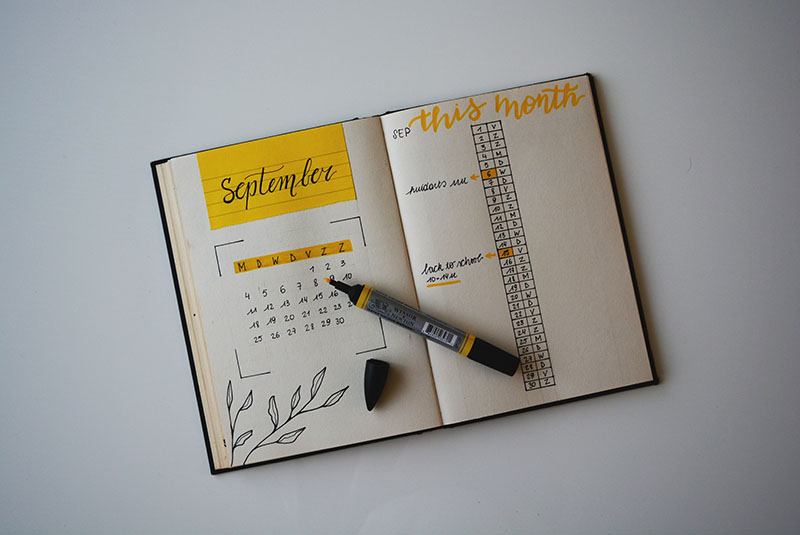