New Paltz, NY – For the first time in four years, the State University of New York at New Paltz men’s basketball team secured a season-opening win, as the Hawks had an impressive performance to kick off their 2019-2020 season, earning a 90-79 win over Baruch Saturday in the Hawk Center.

“It is always good to get the first win,” said SUNY New Paltz coach Keith Kenney, who enters his third year at the helm. “Especially against a team that was a conference champion, at home. We always play decent at home over the last couple years. We play Farmingdale [next] who is a conference champion on the road, so this one was important to get. I am glad that we got it.”

The Hawks (1-0 overall) scored 90 or more points just once a season ago, which came in overtime. Against the Bearcats (0-1), they had a balanced attack with four players reaching double-figure points. Junior transfer Richard Altenord was an instant impact, as he helped SUNY New Paltz jump out to an early first half lead, while freshman RJ Meyers-Turner had a standout collegiate debut, dropping 18 points off the bench.

“Rich is definitely a nice addition. He is a veteran, he’s aggressive and I think he is well-rounded,” Kenney said. “I think he can play many different positions and do many different things and I think RJ is a gamer. He is not scared of the moment and we knew that getting him. It is pretty unusual for a freshman to score that much, so we were happy with it.”

Jake Passaretti gave the Hawks a 15-13 lead following a made 3-pointer early in the first half, which instigated a 12-0 run for his team. Alternord capped off the stretch with five-straight points. Passaretti lent a hand with a strip steal and assist to Alternord in transition to push SUNY New Paltz ahead, 24-15.

Baruch slowly chipped away at the Hawks’ advantage with a couple 3-balls by Ryan Graziano and Jack Reese. Graziano followed up with two made free throws after SUNY New Paltz was hit with one of its three technical fouls in the game. Graziano gave the Bearcats back the lead following another made three with about four minutes to go in the half, but Meyers-Turner responded for the Hawks with a 3 of his own on the other end. Both teams went back-and-forth in the final two minutes, but Alternord got the final say for SUNY New Paltz, catching and swishing a shot from the perimeter in the final seconds to put the Hawks on top once more at the break, 43-41.

“I think that is always something you want in your team is to just battle through a rough stretch and keep attacking, not lose the lead,” Kenney said. “We made mental mistakes and that is what was frustrating me. We gave up some technical fouls and just mental mistakes gave them four or five more points. It was good though that didn’t get us down. We kept attacking.”

Isaiah Bien-Aise netted the opening bucket of the second half, but Baruch countered with an 8-0 run to gain a slight, 49-45 lead. A made free throw by Passaretti ended the run with Matt English adding on following a great look by Meyers-Turner to register the assist. Altenord officially gave the Hawks the advantage, getting a steal and easy lay-in to push the score to 50-49. That’s all SUNY New Paltz needed, as it kept the Bearcats at arm length from that point forward.

Altenord and Meyers-Turner combined for the next nine points for the Hawks to help build an eight-point cushion with about 12 minutes left. The two teams then traded baskets from there, as Baruch inched as close as three to the lead, but SUNY New Paltz had an answer following each bucket. Meyers-Turner knocked down another trey to build back up a six-point Hawks advantage, which was followed with a smooth jumper by Bien-Aise. Bien-Aise with less than eight minutes remaining, hit two baskets – an easy layup in the paint and a 3 – to reclaim another eight-point cushion for his team. The Bearcats wouldn’t go away, however, as they got within four twice down the stretch by earning trips to the foul line. However, SUNY New Paltz never wavered and made sure to answer the next time they had the ball.

“Most important words? Two words – locked in,” said Meyers-Turner on what the Hawks said to each other during Baruch’s run.

SUNY New Paltz continued to be locked in. Out of a timeout, up by four with about four minutes left, Passaretti stayed aggressive, got into the paint and finished to add to the six-point cushion. Two possessions later, Meyer-Turner earned a steal on one end of the floor, pushed ahead and laid a pass off to Wissemann who earned a pair of free throws at the line. Passaretti then put what felt like the last dagger into the Bearcats, getting a steal and then burying a shot from the arc on the ensuing possession to give his team an 88-77 lead.

SUNY New Paltz held on from there, sinking the final shots at the foul line to put away the win.

Passaretti finished with a team-high 19 points, shooting 5-for-14 from the field, including 3-for-5 from distance, with five rebounds, five assists and a game-high seven steals, with the latter ranking second most ever by a Hawk in a single game.

“Jake has been a really good leader for us during this preseason,” Kenney said. “I think he has tried to assume more of a defensive role losing Cory [Garcia]. I think he loves Cory, but he was kind of thinking he can step in and take that role, and then offensively he was super aggressive like we told him to do. He has helped lead our team, and he is shooting big shots and that is what we want from him.”

Altenord and Bien-Aise followed with 17 points apiece, combing for 14 rebounds, five assists, three blocks and two steals, while shooting an efficient 57 percent from the field. Meyers-Turner added 18 points off the bench, shooting 6-for-11 from the floor, including 3-for-4 from 3-point range and a perfect 3-for-3 from the charity stripe.

“To step on the court tonight it felt great,” Meyers-Turner said. “The crowd was going crazy and the win was just amazing for me. We just got to stay composed and finish out the rest of the season that’s it. That’s our main goal.”

Overall, SUNY New Paltz shot 45.5 percent from the field, including 46.4 percent from 3-point range, scoring 22 points in the paint and 25 points off turnovers. The team combined for 14 steals, causing 20 Bearcat turnovers.

“Obviously it is just one game, but we definitely played the way we wanted to play,” Kenney added. “We definitely want to push up and have guys be aggressive, share the ball and a lot of guys taking shots, not just one or two guys. We scored 90 points just because we created a faster tempo, which created more opportunities for everybody, so I was happy about that.”

SUNY New Paltz is back on the floor Wednesday when it faces Farmingdale State in its first road game of the season. Tipoff is scheduled for 7 p.m.

How to Develop Your own Business 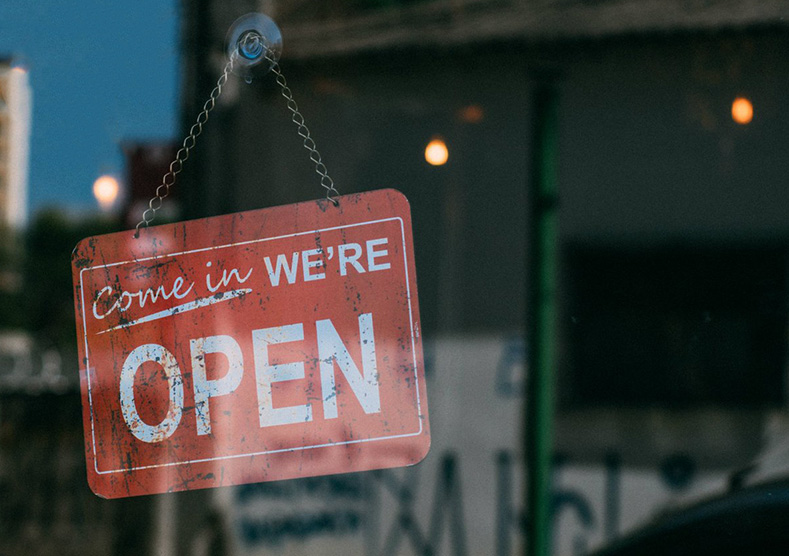