An event featuring Congressman Antonio Delgado on the campus of SUNY New Paltz, was cut short in the evening of Oct. 10 by numerous interruptions from the climate action group “Extinction Rebellion,” eventually leading to the arrest of three protesters.

The event began by Delgado addressing a prompt from Tobin, asking him to speak about the role that race has played in his experiences in Washington, both personally and politically.

“We as a nation have failed to confront the original sin of this country,” Delgado began. “We’ve never had a reckoning, never addressed the wounds that permeate across our culture.” Delgado called this “the existential crisis of our time.”

In response to this particular statement, the environmental protesters became more vocal.

One of them stood and shouted, “Global Climate Change is the existential crisis of our time.”

A number of his fellow protesters followed suit, back to back, shouting statistics on climate emergencies, disappointing climate goals, and missed climate deadlines, all in the hopes of putting pressure on Delgado to pledge support for The Green New Deal.

After several minutes, SUNY New Paltz President Donald P. Christian, took to the podium to ask the members of “Extinction Rebellion” to let the program continue, and to respect the campus’s policy under the student conduct code to regulate their speech time. “I expect that you respect the rights of all who have gathered here to hear the congressman’s viewpoint,” Christian said.

Following Christian’s plea, Delgado did discuss his views on climate action. Unfazed by the interruptions, the congressman reassured the crowd he has a firm grasp on the issue of climate change and explained his views on how to address the problem.

“As an African American born out of the civil rights movement, it would be hypocritical of me not to see the value in civil disobedience. For people to stand up and put pressure on government to get things done,” Delgado said. He did however condemn the protesters’ name calling tactics and shouting over others.

“There’s a level of intellectual dishonesty in that,” he said.

Delgado explained his stance on the Green New Deal, saying that he wants to be deliberative about this issue in a broad context. He said that it sounded to him like many of the protesters in the room feel there is only one way to address climate change.

“There has to be a way of going about things that doesn’t silence the other guy,” Delgado finally said before moving on to the planned conversation with Tobin, including questions on rape culture, and America’s growing wealth gap.

Congressman Antonio Delgado, left, listens to a question from KT Tobin, associate director of the Benjamin Center. Delgado was on the campus of SUNY New Paltz on Oct. 10 to discuss his first 10 months in office as well and the issues of race, of rape culture and the wealth gap in the United States.

Delgado identified rape culture as a culture of widespread misogyny, and pointed to three problems that contribute to it: a current “assault on legal precedent” (like challenges to Roe v. Wade), the large “paycheck disparity” between female workers and their male counterparts, and a “higher evidentiary burden” being placed on victims of rape.

He described the current wealth gap in the United States as “grotesque.”

“The numbers don’t lie. One half of American households are sharing 1.3 percent of the wealth,” he said. “People have stopped believing that this system can work for them.”

Delgado said he feels that the root of the problem is that America’s reference point is the wealth. Why define our national success not by the standard of living of our citizens, but instead, by how America’s top earners are doing. “When you invest in corporations you get part-time jobs with no benefits. When you invest in students, it repays itself.”

After a brief question and answer session with audience members, Delgado concluded with a short speech on the difficult times the nation is facing, and thanking his constituents for their support and encouragement. Delgado noted that the 19th Congressional District is one of the more highly sought-after political districts in the nation and millions of dollars were poured into the district by outside sources last year in an attempt to portray him as misogynistic and violent, citing lyrics from songs on his 2007 album, “Painfully Free.”

“Because they thought that would be enough,” Delgado said, referring to the negative and misleading advertising by the Republican National Committee. “To know that I am blessed enough to come from a district that can see past that. To combat it with love. There is nothing ever weak about facing hate with love.” 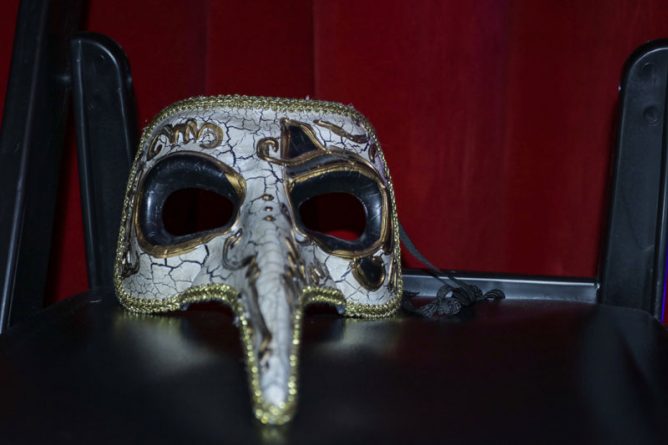