Town Supervisor Neil Bettez said there was no way to avoid the 6.67% tax-increase lumped into the 2020 town budget which board members unanimously passed last Thursday.

After spending the last four board meetings arguing and tweaking the budget, members had to act before reaching their state-mandated submission deadline of November 20. The board also received updates on the ongoing solar landfill project bringing more renewable energy to New Paltz.

When crafting a budget, the board must consider three components: appropriations (spending), revenues (income), and the fund balance, which is unspent money from the previous year. The 2019 fiscal year decimated $428,000 of the fund balance, leaving a mere 10% of the entire fund left. State law requires the town to save this money for emergencies and increased taxes did not qualify as one.

Bettez acknowledged that the town’s revenue has increased by 10% over the last year. He attributed this spike to raised fees from the planning board, community pool and recreation center. However, the town saw a 4% increase in spending from last year, totaling $431,000 more in expenses. This includes a $50,000 increase in retirement, $81,000 in medical expenses, $117,000 in debt payments, $70,000 for rescue services and $15,000 in rent. These budgetary blows, coupled with a decrease in state support, have board members’ hands tied with tax increases.

“I can look at a 6% increase this year with no issue if there aren’t more six percents down the road,” said one meeting attendee.

While the board has no current long-term budgetary plans in order, trustees spoke favorably about developing a multi-year plan to increase transparency and better manage their money in the future.

In regards to the future, board members tracked the progress of the developing solar project that could make New Paltz energy consumption a whole lot greener. The town is looking to partner with Sol Systems, a national solar energy firm, and lease the retired New Paltz landfill to create a solar farm. The construction would come at no cost to the New Paltz taxpayers, but could potentially supply green energy to roughly a third of its residents.

Thomas Nitza, a Walden Environmental Engineering (WEE) representative working with the town, didn’t seem to have any concrete development to report. According to their website, WEE  “is a full-service environmental consulting firm dedicated to working with clients to develop compliant, cost-effective solutions to their unique challenges.” After consultations from Sol Systems’ contractors and engineers, fewer trees may have to be cut to install the solar array, and more of the landfill may be utilized. He says the town is close to getting the permit to start construction and is making good progress overall. Despite these hopeful ideas, much is left to be answered.

“We have to look at the trade-offs between maximizing our revenue versus minimizing habitat loss and weigh them out,” said board member David Brownstein.

There are many costs attached with connecting the solar panels to Central Hudson’s electrical grid. Bettez estimated the connection fee alone could cost $670,000, not to mention creating distribution piped to ship that energy to residents. Project developers also must make some sort of fence to prevent damage and keep wildlife away from the panels. Also, the specific details of the lease, including the cost and acreage used, are far from fossilised and must come before the board in a concrete draft before approval can be granted. Nitza hopes to finalize the plan by Dec. 5, leaving enough notice for a required public hearing at the last meeting. He stressed that if the plans are approved in 2020, the project would receive fewer tax cuts and drive up costs.

The next town board meeting will be held on Nov. 21 at 7 p.m. in the New Paltz Town Court, at 23 Plattekill Avenue.

Mon Nov 11 , 2019
By Monica D’Ippolito Rochester, NY — The State University of New York at New Paltz, carried by a dominant second quarter performance, withstood a potential second-half comeback by hosting Rochester Institute of Technology Saturday. The Hawks (1-0 overall) had career days from their senior class and their experience and veteran […] 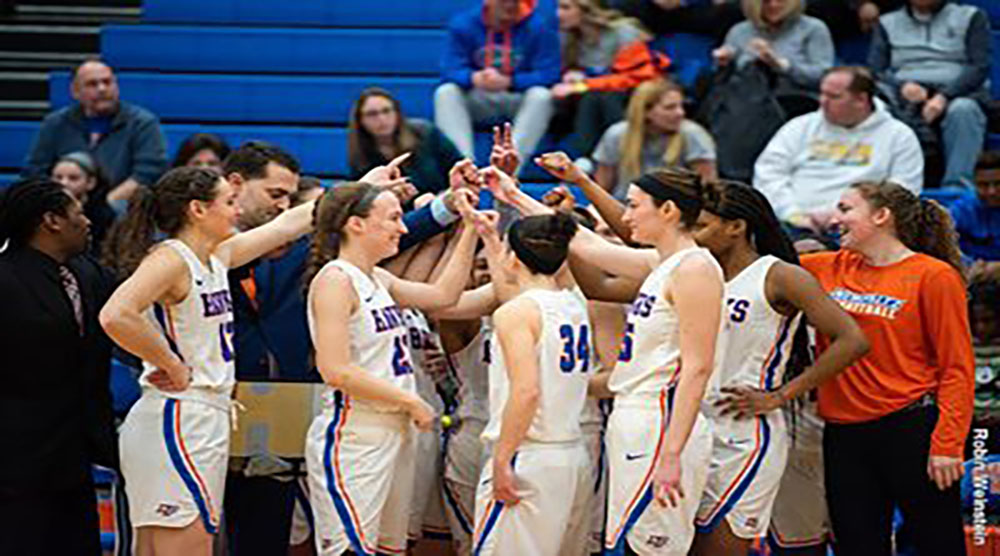