On Thursday, the Centers for Disease Control and Prevention reported that illnesses linked to vaping has grown by more than 200 cases in a week, now totaling 1299. Officials say that 27 people in total have died from vaping-related illnesses.

On Tuesday, Gov. Cuomo confirmed the death of a Bronx teenager, the first vaping-related death in New York. Officials believe the 17-year-old victim became sick from vaping cartridges containing THC, though the department of health is investigating further. “I don’t know how many people have to die before [President Trump] takes action,” Cuomo said at a conference, where he further condemned vaping. “You are playing with your life when you play with this stuff,” he said.

The Massachusetts Department of Health announced the state’s first vaping-related death on Monday. The department identified the victim as a Hampshire County woman in her 60s.

New Hampshire state officials report the state’s first vaping-related injury. The victim, a Sullivan County man, was hospitalized after vaping nicotine products, but has since been discharged.

On Monday, major retailers Walgreens and Kroger announced discontinuation of e-cigarette sales. Kroger will stop sales once inventory runs out at its more than 2,700 stores and 1,500 fuel centers. Walgreens currently operates over 9,500 stores nationwide.

As the nationwide death toll continues to rise, new questions emerge about what specifically is the cause, and what officials will do to limit damage and loss of life.

The number of vape-related illnesses has increased from 805 to 1,080 in just a week according to the CDC. The CDC reported on Sept. 27 that a majority of the cases are mostly related to black-market cannabis products on Sept. 27. Health officials are mostly concerned about the black market cannabis cartridges by the names Dank Vapes, Off White, TKO, and Moon Rocks. So far, the only common compound found in the cannabis vapes that correlates to these illnesses is Vitamin E acetate.

The vaping epidemic that has affected so many lives has also impacted the local vape shops in New Paltz, NY and Kingston, NY.

Nick Reyes, cashier of three years at Smokes 4 Less in New Paltz, explains that Oct. 3 is the last day the store can sell flavored vape products. After that, they have to ship the products to their warehouse to sell them out of state. This ban could potentially prove harmful to shop owners whose business relies heavily on vaping products.

“Most of the business goes towards the glass and vaping products,” said Reyes.

Reyes, however, is not too worried about the ban, because Smokes 4 Less sells other successful products. The ban will not heavily damage business potential.

On the other hand, other local vape shops depend on the flavored cartridges for business.

“I have two children — 4 and 3 — and my wife; this business is what feeds them,” Matthew Nathan, owner of Vapeology on North Front Street in Uptown Kingston said Monday, as reported by the Daily Freeman on Sept. 9.

Though the official date of the ban’s enforcement has been delayed, shop owners have already had to rid their stores of flavored vape products.

New York made news when it became the first state to ban the sale of flavored e-cigarettes. However, official enforcement of the ban has now been halted by a state appellate court.

“While the court’s ruling temporarily delays our scheduled enforcement of this ban, it will not deter us from using every tool at our disposal to address this crisis,” said health commissioner Dr. Howard Zucker in a statement. “Make no mistake: this is a public health emergency that demands immediate action to help ensure the well-being of our children, and we’re confident that once the court hears our argument they will agree.”

This story was reported, written and edited by the Fall 2019 staff of The Little Rebellion

Thu Oct 10 , 2019
By Henry Mandel Warning: This video contains strong language, consumption of alcohol and drug use. This may not be suitable for younger audiences. Discretion advised. A SUNY New Paltz student-made film by Henry Mandel for Kimberly Ruth’s Spring 2019 Digital Storytelling class. Students in Ruth’s class were tasked to experiment […] 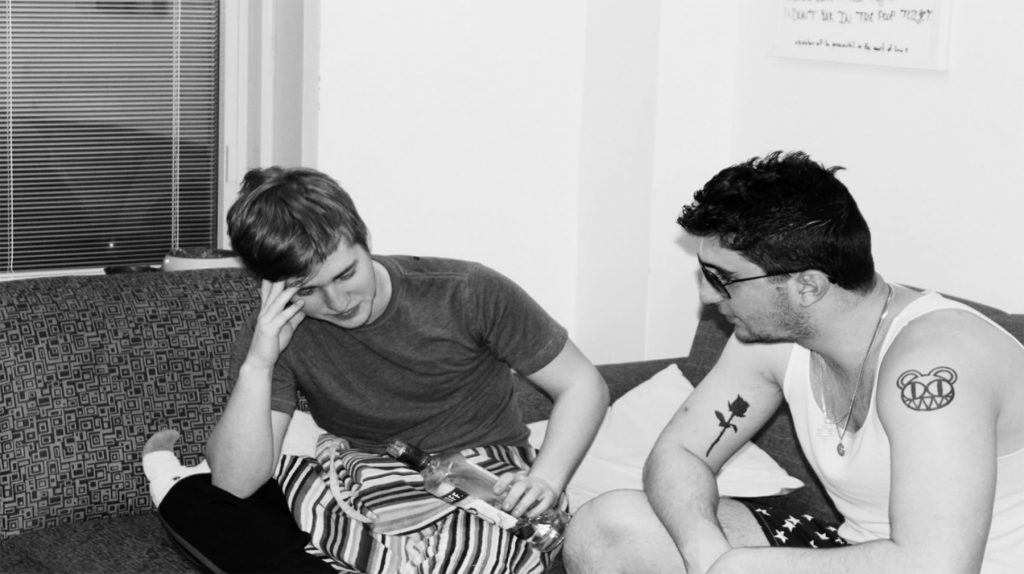