Last month, The Huffington Post named SUNY New Paltz’s Samuel Dorsky Museum of Art as one of the “Best College Art and History Museums In the Northeast,” alongside New York museums Frances Lehman Loeb Art Center at Vassar College and the Neuberger Museum of Art at SUNY Purchase.

The Samuel Dorsky Museum of Art has collected “more than 5,500 works of art” since opening in 2001, according to the museum’s official website, with an emphasis on American art from the Hudson Valley and Catskill Region.

Sara Pasti has served as the museum’s director since 2009. As director, she works to “fulfill the strategic plan” of the museum and implement a direction for the museum’s content to follow. She credits the recent honor to the museum’s wide appeal, its use of guest curators (who curate approximately half of the Dorsky exhibitions in a given year) and the emphasis on what Huffington Post writer Malerie Yolen-Cohen described as “lesser-known artists or those who have fallen out of favor.”

Those contributions are often pulled from other museums, largely due to the school’s proximity to one of the country’s, and perhaps the world’s, most prominent cultural hubs.

“We’re able to put on very high-quality exhibitions because we are located within two hours of New York City,” Pasti said. “This means that we have access to borrowing terrific works from museum collections in New York City. We’re able to bring them up here for a fairly reasonable cost. We can put on some really amazing exhibitions, exhibitions we wouldn’t be able to do if we were located in Tennessee or Idaho.”

Some of the museums to which the Dorsky has access are the Metropolitan Museum of Art, the Museum of Modern Art, the Whitney Museum of American Art and the National Academy of Design.

Pasti’s goal is to ensure that the Dorsky has “something for everyone,” a philosophy that has manifested in the variety of exhibits displayed in the museum’s combined 9,000 square feet of floor space. At any given point, the main gallery will host paintings, sculptures, carvings and even multimedia video projects.

Currently, the Samuel Dorsky Museum of Art is hosting three exhibits: Intimately Unfamiliar: Carl Walters and Woodstock Ceramic Arts, Text/ures of Iraq: Contemporary Art from the Collection of Oded Halahmy and Sara Greenberger Rafferty: Gloves Off, all of which run until May 21.

This story was adapted from an original article by Jackson Shrout for The New Paltz Oracle and packaged by Paula Piedrahita.

My name is Paula Piedrahita and I’m from White Plains, New York. I’m a third-year double major in journalism and communications with a minor in Spanish. I also have an unconditional love for food.

Tue May 16 , 2017
This story first appeared in The New Paltz Oracle and was written by Amanda Copkov. Packaged by Anthony Sorbellini   SUNY New Paltz students now have the convenience of planning their time at the gym right at their fingertips. Introducing upace: a free fitness app to help students and gym-goers alike stay […] 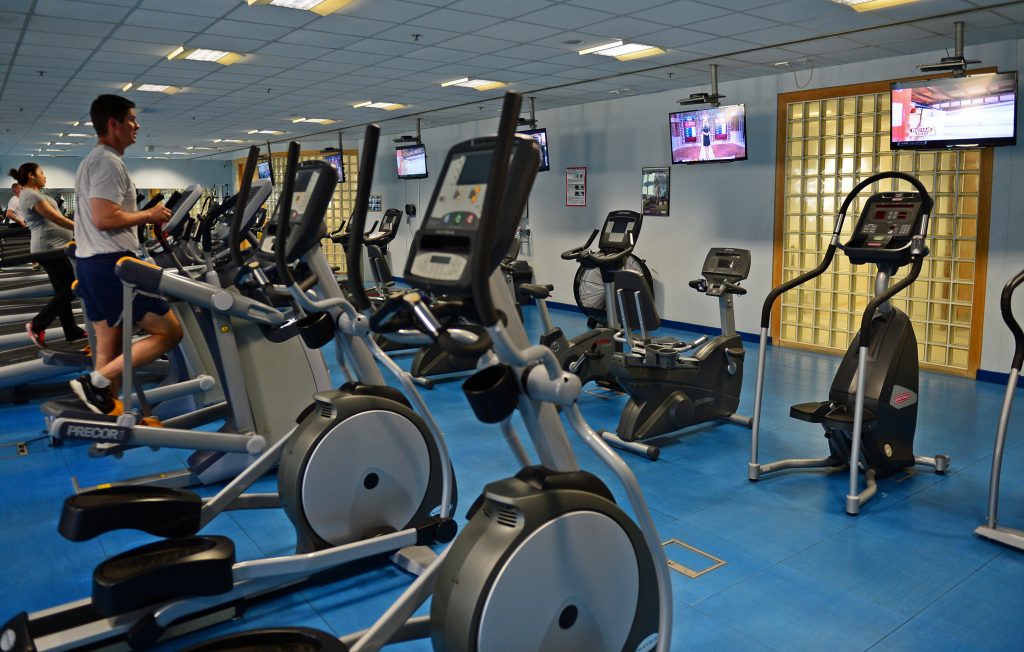