This article first appeared in The New Paltz Oracle.

As of Fall 2017, applicants to all SUNY schools are no longer required to check a box stating if they have committed a felony.

According to representatives from the Student Association (SA) and Students Against Mass Incarceration (SAMI), joining this initiative meant fighting to make higher education accessible to all.

These two organizations worked hand-in-hand with a SUNY-wide “Ban the Box” committee organized through the general council. The SUNY Board of Trustees officially passed the bill on Sept. 14.

“We’re the largest state university system in the country, so it not only has an impact in the state, but nationwide, for us to make this decision,” Cox said.

Cox encouraged students to become involved in the initiative because as a professor, she wants to educate all students who seek higher education, and as a sociologist, she has seen the taxing effects of convicted felons trying to seek it. She was sitting down with a client one day, when she realized how difficult the application process was for him.

“The question had a very serious, chilling effect on people,” she said. “I’ve seen this first-hand. They give up because they have to produce materials that were either expensive or burdensome to get. It set people off-track in the path to their lives.”

Cox brought the issue to SAMI and began working on the committee to ban the box in fall 2015. Together they conducted research in order to draft a policy that they would present to SUNY-SA and the Board of Trustees.

In Spring 2015, SUNY New Paltz SA became involved. According to SA president Yaranny Reynoso, SA’s role was to take the information given to them by SAMI and the “ban the box” committee and present it to SUNY-SA. This involved a lot of convincing, she said.

A major criticism of the initiative, one that several campus presidents still hold according to Cox, is that it would hinder campus safety by allowing convicted felons, who may have committed violent crimes, to be present on campus. Research, however, shows that recidivism rates –– the rate at which convicted felons commit another crime after being released –– are extremely low for those receiving higher education.

The question will still need to be asked prior to engaging in certain programs and services offered to students. -L. David Eaton, vice president of Enrollment Management

“Engaging in education is a huge factor for people to stop a life of offending and start one of production,” Cox said.

Last spring, the bill passed through Senate, which is composed of two delegates from each of the 64 SUNY campuses. It then moved to the Board of Trustees, who passed it just weeks ago. The policy will go into effect for the 2018-2019 application.

According to vice president for Enrollment Management, L. David Eaton, “the question will still need to be asked prior to engaging in certain programs and services offered to students.”

This means that convicted felons will not receive a background check until after they are accepted to a SUNY school, and only if they are applying for on-campus housing, internships and/or student activities. According to Cox, details of this process are still being sorted out.

Cox said this decision is huge for her client.

“He applies as you would have applied,” she said. “There’s no question-asking. He’s evaluated just as everyone is.”

She continued: “He wants to start his own business and build the skills and capacity to do this. It’s a great opportunity for him, and I would rather see him attached to the school community rather than the community of people he used to offend with.”

Tue May 9 , 2017
One year after plans for a student apartment complex in New Paltz failed, college officials have struggled to develop a concrete plan to meet the growing demand for housing that students desire. Michele Halstead and David Eaton, two senior vice presidents for the State University of New York at New […] 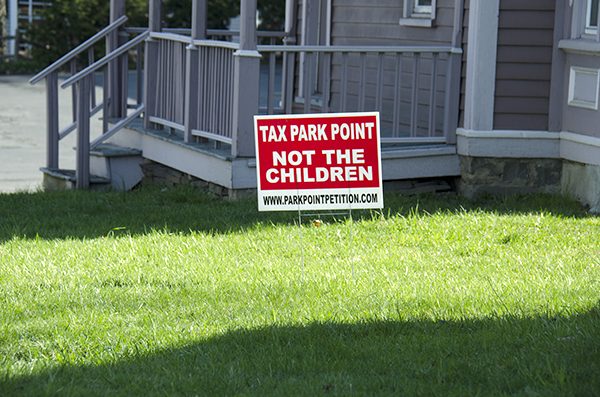