If you’ve seen a group of students running around campus, jumping off of walls and railings, that’s most likely Dylan Johanson’s outdoor parkour class.

Johanson is the owner and head coach at Innate Movement Parkour in Kingston. He’s been practicing the sport since he became interested in it in 2013. He describes parkour as “natural movement and exercise that’s fun and engaging.”

The World Freerunning Parkour Federation (WFPF) describes the word “parkour” as coming from the French word “parcours,” which means “the way through” or “the path.”

“It was David Belle, a French son of a Parcours Warrior and the ‘inventor’ of Parkour, who changed the ‘c’ to a ‘k’ and, along with his comrades, the Yamakazi, began the worldwide movement you are now officially a part of and which also includes the phenomenon known as Freerunning,” the WFPF states.

Johanson became interested in the activity after watching videos of it online. He started out training by himself, searching for buildings and obstacles to practice on.

He eventually found an organization called Parkour Generations and traveled to their location in Boston in June 2014 to get his parkour coaching certifications. Later, he opened his own gym, built up a community and made it into his business.

Now, Johanson can educate people of all ages that are interested in parkour in a safe learning environment.

But besides having an outdoor class on the SUNY New Paltz campus every week during warmer weather, Johanson owns a 1,000 square foot gym space in Kingston and holds open, beginner, kids and adult classes every week.

He carefully designed the gym to optimize the fairly small space. The gym has walls, scaffolding bars, vault boxes, rail-precision trainers, balance beams, climbing ropes, traveling rings, rock climbing walls and more. Some of the equipment is actually moveable or can be changed, such as the scaffolding bars.

In the beginning, Johanson held his parkour class in someone else’s gym space, hoping to grow the community to someday be able to fund his own space.

As someone who’s never owned a business, he came across obstacles of opening one in the beginning, such as setting up a website, insurance, payment and hiring employees.

Two years later, Johanson is filling up classes on a weekly basis, has regular customers and members and is looking to someday expand his gym.

“We cut the classes at eight for the adult classes and 10 for the kid classes because of size,” Johanson said. “Almost every class is full. We’ve been doing a monthly intro to parkour class for adults that have been filling up every month. There’s a stable amount of adults that come to class that I’m adding a new class on Friday nights.”

Johanson is also currently two classes away from earning his Master’s degree in business at SUNY New Paltz and was able to apply the knowledge to help open and maintain his gym.

“The greatest obstacle was that, while I started the company because I’m passionate about parkour and coaching it, in order to be successful I’ve had to do so many administrative tasks that are separate from swinging and jumping around,” Johanson said.

My name is Erica Ascher and I’m from Wantagh, New York. I’m a fourth-year journalism major and music minor. I hope to one day perform with a Philharmonic Orchestra while writing for a travel magazine.

The Dorsky Museum Makes Headlines at The Huffington Post

Tue May 16 , 2017
Last month, The Huffington Post named SUNY New Paltz’s Samuel Dorsky Museum of Art as one of the “Best College Art and History Museums In the Northeast,” alongside New York museums Frances Lehman Loeb Art Center at Vassar College and the Neuberger Museum of Art at SUNY Purchase. The Samuel […] 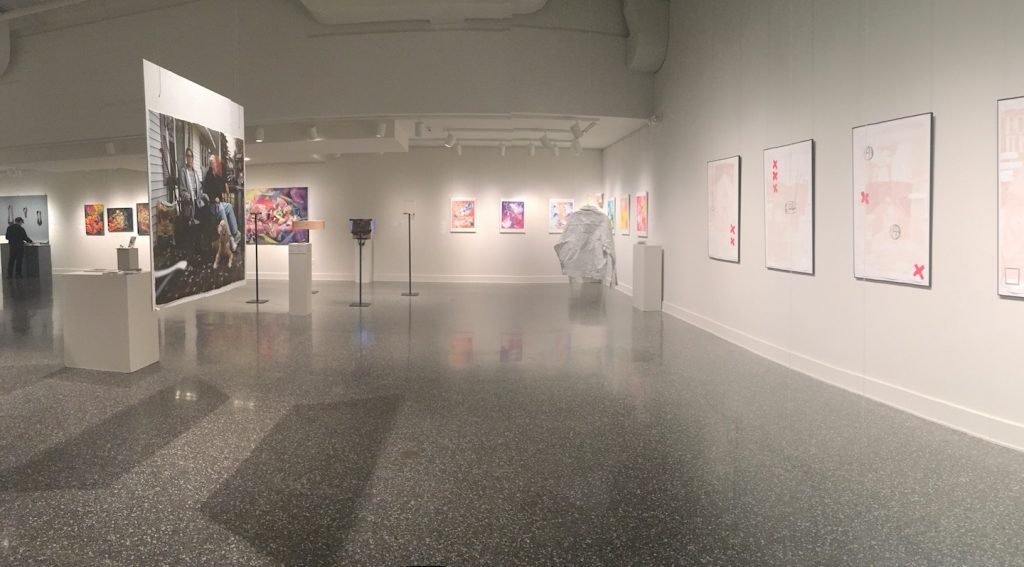