This story first appeared in The New Paltz Oracle and was re-packaged for The Little Rebellion with permission. Featured image used under Creative Commons via commons.wikipedia.org.

Creative writer Owen King has lived in the New Paltz area for almost 10 years. This semester, as the English department and creative writing program’s 2017 writer-in-residence, he’s teaching a five-week course at SUNY New Paltz to 15 lucky creative writing students on the art of short fiction.

English professor Pauline Uchmanowicz met King at a writer’s festival over the summer, King said. Previously, King guest taught a class with English professor John Langan at SUNY New Paltz. His connections with the English department and creative writing program at New Paltz made him a natural fit for the residency. King’s students continue to impress him, he said, and he’s delighted to be here.

“I have a lovely class of very engaged students,” he said. “I have a new book coming out in the fall, but it’s nice to have a window now to focus on teaching.”

For this semester’s course, King is focusing on “hitting the basics” of short fiction. He’s crafted a syllabus with required reading from notable short fiction authors like David Foster Wallace, Joshua Ferris and Annie Proulx. He’s also included workshop sessions where students in the class can workshop their own short fiction. In some ways, writing short fiction is more difficult than writing a novel, King said. Of course, the process is shorter, but the real trick is getting the reader to “forget that [the world] is artificial” in a mere few-thousand words. He likened the genre to minimalist theater productions.

Hailing from northern Maine, King studied at Vassar College in Poughkeepsie for his undergraduate degree and Columbia University in New York City for his graduate degree. At Vassar, King worked as the assistant arts editor and the opinion editor for the college’s newspaper, he said. It was during his time at college that King thought he could “maybe get good enough at this thing to make a career out of it.”

An accomplished and diverse writer, King has written everything from short stories to a graphic novel. Writing is something of a family business for King: his parents, Stephen and Tabitha King, are both acclaimed novelists who set a “strong model” for King of what writing as a career looks like. The biggest thing he took away from his parents was persistence: his mother and father wrote every single day, he said, “like a job.”

Aspiring writers can learn more about King and his work on his website, owen-king.com.

http://slmjournalist.com
Samantha is a professionally-trained journalist and copywriter who lives and works out of New York’s beautiful and vibrant Hudson Valley. A lifelong lover of learning with a background in feminist scholarship, Samantha approaches her assignments from a critical feminist standpoint. She believes in supporting and promoting local businesses and business owners; spotlighting the work of small, regional artists and creatives; and practicing ethical and sustainable consumption habits for a greener planet.

Tue Apr 25 , 2017
Written by Jack O’Brien Packaged by Julianna Novellino The New Paltz Rescue Squad sat down with The Oracle’s Editor-in-Chief to discuss their experiences and hard work. Here’s what it’s like to be one of New Paltz’s very own heroes. New Paltz Rescue Squad Interview from The Little Rebellion on Vimeo. What […] 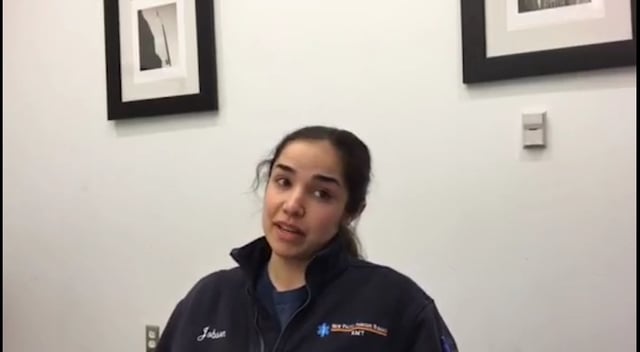