The New Paltz Rescue Squad sat down with The Oracle’s Editor-in-Chief to discuss their experiences and hard work. Here’s what it’s like to be one of New Paltz’s very own heroes.

What someone considers to be the worst day of their life is probably just another day to an emergency medical technician (EMT). For the EMTs who staff the New Paltz Rescue Squad (NPRS), responding to emergencies is a part of the job.

Being a member of NPRS requires a certain work ethic, including the readiness to respond to anywhere from zero to as many as 15 calls per day. In a given year, NPRS responds to approximately 2,200 calls, with SUNY New Paltz comprising about 20 percent of those calls.

You need to remember it’s not your emergency, it is someone else’s and you’re there to help.” – Carly Jobson

NPRS previously existed on campus from its inception in 1973 until 2001, occupying a building that is now the parking lot behind the Hopfer Admissions and Alumni Center. NPRS is now located at 74 North Putt Corners Rd., occupying a large warehouse that houses its offices as well as its transportation fleet: two ambulances, two first response cars and four bicycles.

Lauren Rooney is the chief administrator of NPRS, having worked on the squad for the past two decades. According to Rooney, NPRS has approximately 60 members, most of whom are CPR-certified drivers, ranging in age from 18 to 75 years old.

Members typically work 12 hour shifts, which makes it easy to log 24 hours per month in order to stay active. Rooney also noted that 10 volunteers are from the college, a number she hopes to see increase.

“We can never have enough volunteers,” Rooney said. “Our application is online and can be dropped off at our office at any time and we will review them.”

Carly Jobson, a fourth-year biochemistry major, is originally from New Paltz and has worked with NPRS since 2013. She said that her department passed around information about NPRS and encouraged those pursuing a medical career to give it a try.

“I thought I was just going to get the certification and never use it,” Jobson said. “Now here I am and it’s the best decision I’ve ever made. It’s a lot of fun.”

Dan Reiser worked as a lifeguard when he was a teenager and joined NPRS in 2012, noting that they were related interests where he could help others in his community. Reiser said that EMT training consisted of two days of training for six months. After that, he attended paramedic school, which lasted roughly 16 months. If done consecutively, a person can become a fully-certified EMT within two years.

Reiser said that people who have a strong knowledge of human anatomy are assets to have on the squad, considering that responders have to read vital signs and administer medicine to patients. NPRS offers ride-alongs for adults who are interested in joining the squad. Ride-alongs typically last for six hours, giving people a chance to observe NPRS’ interactions with the community, whether it’s helping somebody with a sprained ankle or a life-threatening emergency.

All three emphasize that every day is different and challenging, but that’s what they consider part of the appeal of the job. In addition, there is a bulletin board in the NPRS office with letters sent in from people who have been assisted.

“When I first joined as an observer, we responded to a call about a nice old lady who mixed up pills and I wasn’t allowed to do anything but ask her how her day was going,” Reiser said. “I remember her saying thank you at the end, and to have somebody say thank you for being there with them, it’s just an amazing feeling.”

NPRS encourages people who are interested in joining to stop by the office. More information about NPRS can be found at its website: newpaltzrescue.org or can be reached at 845-255-1719.

Those interested in applying to become a NPRS member: http://www.newpaltzrescue.org/uploads/NPRSApp.pdf

My name is Julianna Novellino and I’m from Rockland County, New York. I am a fourth-year journalism major with a minor in creative writing. I aspire to write for a literary magazine in the future.

Tue Apr 25 , 2017
Story and images by Nick Tantillo for The Little Rebellion. To read the full story, click onto our Atavist page. 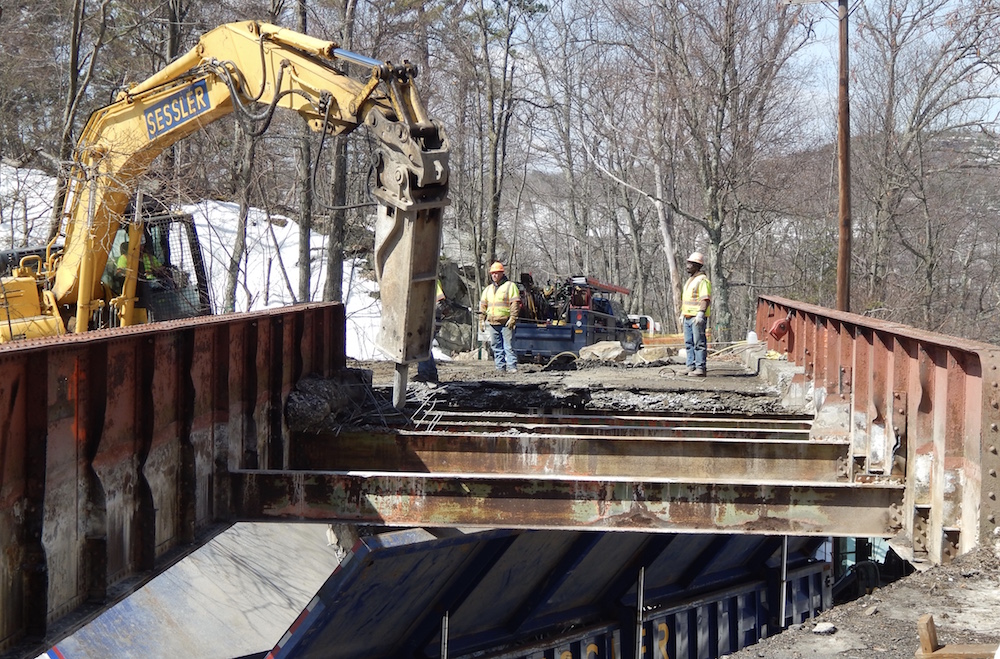