Exploring Bronck Island from The Little Rebellion on Vimeo.

Scenic Hudson is on a mission, and they’ve spelled it out in the name of their campaign: they’re “Saving the Land That Matters Most.”

An ecological preservation group based in Poughkeepsie, New York, Scenic Hudson completed their conservation efforts of 147 acres of land on Bronck Island in Greene County in November 2016 as part of the aforementioned campaign. This particular conservation effort also includes more than one mile of Hudson Riverfront.

Now part of the mainland due to dredging spoils in the early 1900s, Bronck Island is owned by two brothers, Peter and Karl Zacek. Though privately owned, the Zaceks’ beef cattle graze on the grasslands, and the land will remain on the tax rolls, which will bolster the agricultural sector and the local economy. The conservation easement — a permanent restriction of development on the land — also ensures that scenic areas such as Bronck Island remain rural.

Officials at Scenic Hudson believe that land preservation is a hugely important (and economical) step for the ecological and public health of Bronck Island and its surrounding area. The organization cited a figure from the US Forest Service: over a 50-year lifespan, a single tree provides $62,000 worth of air pollution control and recycles $37,500 worth of water.

In the same statement, Scenic Hudson also touted the benefits to human health of protecting open ecological space. Trees help sequester environmental pollutants that can cause a myriad of common health problems, such as asthma, lung cancer or cardiovascular disease.

“Model projections are that by the end of the century, some of the crucial wetlands bordering the Hudson River will begin to drown because of rising sea levels caused by climate change,” McKee said. “Bronck Island figures to be fairly resilient to this, and a place where such wetlands will be able to migrate upland in response to sea level rise.”

“When developed, the trailhead will act as a local area to access the waterfront, and provide a new way to connect people to the Hudson River,” Knutson said. “It will be a real destination for people throughout New York State who like to hike and travel.”

Founded in 1963, Scenic Hudson has conserved more than 38,000 acres of land, including 68 acres on Bronck Island that were previously protected in 2013, according to the organization’s website.

Since 2007, the “Saving the Land That Matters Most” campaign has conserved 16,000 acres of land and is ongoing. Other notable projects in Scenic Hudson’s repertoire include: The John Burroughs Black Creek Corridor in Esopus; The Falling Waters Preserve in Saugerties and 310 conserved acres of land in the Esopus Lakes.

Mon Mar 6 , 2017
https://vimeo.com/207048876 Click on the 60 second video demonstrating a typical day at the gallery. Video by Jess Napp Picture the work of Keith Haring, Philip Guston and Andy Warhol, then shatter your preconceived notions of modern art and you can begin to visualize Ryan Cronin’s work. It’s loud, sometimes juvenile, […] 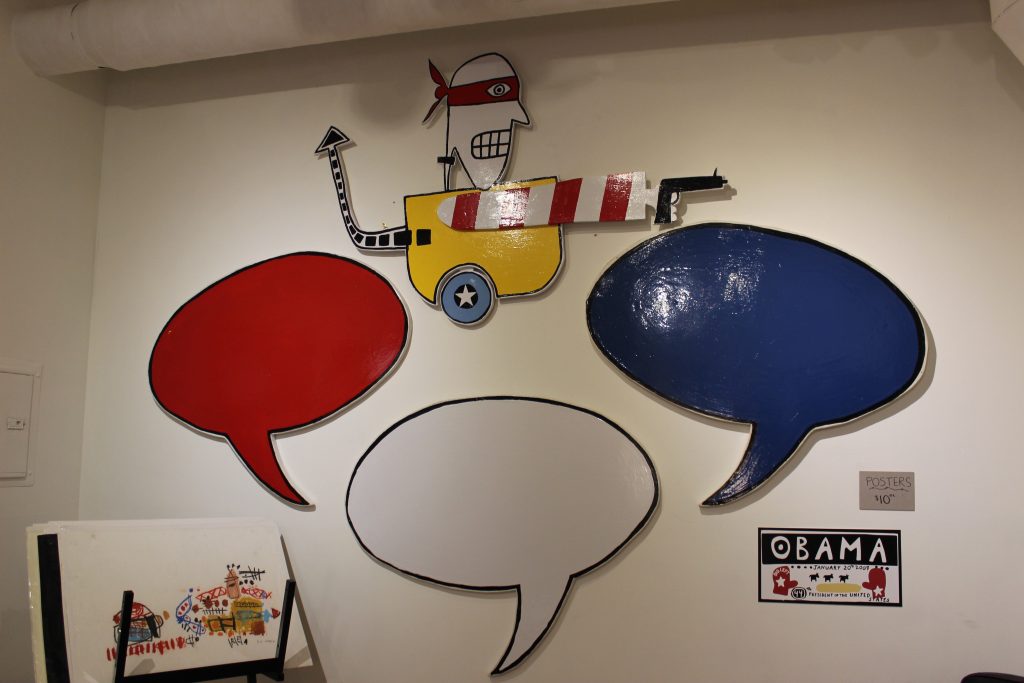