Petrocelli, a junior at the State University at New York at New Paltz,  is living a struggle that many young adults are facing in America today, trying to make enough money to survive while being a full-time student. “My parents don’t really help me financially, so I’m pretty much on my own,” said Petrocelli. “I mean I have loans, so I’m not paying for everything now, but I’m going to have to pay it all back later. That’s pretty stressful.”

Petrocelli is in somewhat of an interesting situation. She is a industrial/organizational psychology major taking 18 credits, working a small job at the Tutoring Center on campus, and interning at the Orange County Emergency Center. But other than receiving small checks of about $80 every couple of weeks for tutoring, she does not earn any money. Instead, she is living off of loans so that she can focus on school.

Because of the amount of money her parents make, Petrocelli is able to receive enough financial aid to pay for tuition. She’s getting $33,000 from grants and assistance programs. Instead of holding a job, she’s decided to take out extra unsubsidized loans to pay for food and rent. So far she’s amassed $27,000 in loans, which she will have to pay back when she’s finished with school.

She says she’s tried working a job while being a full-time student and found it very taxing.

“It’s just not worth it,” Petrocelli said. “Even working less than a full-time job while being a student, I just don’t have enough energy or time to put into my schoolwork, and my grades always end up dropping.”

According to an article found in the Journal of Public Finance titled “Personal Finance and Economic Issues for College Students,” 71 percent of college students work while earning their undergraduate degree. And while there are benefits to holding a job while attending college, the drawbacks of working while being a student can be very heavy. In many cases, the student’s grades will drop severely because of his or her lack of time and energy, and she would have a very difficult time getting involved in any extra curricular activities. If possible, it would be most beneficial for a person to focus solely on school while in college.

And furthermore, according The Institute for College Access and Success, the average student debt as of 2014 was $30,1000 for a graduating senior, and Petrocelli will have about $7,000 more than that

And even though life is a little more relaxing for the moment, she is still living off of a very strict budget.

Packets of ramen noodles rustled in the cabinet as Petrocelli searched for a lunch to bring to her internship that day. As she pulled one out, an empty peanut butter container fell to the floor, resulting in a yell from a housemate to keep it down. After she stuffs a few packets into a brown paper bag with a loud crinkle, she looks through her refrigerator in hopes of finding anything else she could add to her meal. Petrocelli complains about how sick of ramen she is, but that she eats it at least once a day. “Food always goes so quickly here,” she said. “I buy a loaf of bread, and eat maybe two slices before my roommates finish it off. There are four of us so it never takes long. So ramen it is.”

And even though paying for more food than she can afford is a constant stressor, she feels like this is the reality of her situation and that there is not much that can be done to change it.

“My housemates buy food as well, but I feel like they usually buy more extravagant items they feel we need, but cannot really afford,” said Petrocelli. “I’ve lived with the same people in the past and when I did, they picked up a lot of the slack with money, so I feel like I need to pay my dues now.”

And every once in awhile, the roommates will buy her an expensive meal to make up for everything they eat. As Petrocelli is never able to afford a nice meal out, it can be a welcoming change of pace.

“Right now, I have about thirty dollars per week for food, but that’s just never enough.”

Over the summer, Petrocelli worked 3 separate jobs in an attempt to have enough money to make it through the college year, or at least the fall semester.

Her first job was in Washington D.C., working six days per week as an Office Assistant at the Junior National Young Leaders Conference. Nine dollars an hour seemed like good compensation especially because housing was provided, but she worked extreme hours and the job was very taxing. Lunch breaks were almost nonexistent, and the days were so long that by the time she returned home, there was only time for a shower and a quick meal before going to bed and having to wake up early to do it all over again.

And before long, the job ended and she returned home to work two research assistant jobs at the Research Institute on Addictions. She also worked at the local supermarket. “I saved up a really good amount, about $3,500,” said Petrocelli. “But once money starts getting spent, it goes so quickly.”

With a budget that includes rent, food, gas, and more, it never seems like there is enough money. Driving to her internship alone costs about $15 per week. “I have only been out to the bars twice this semester, and I love going out,” she said. “I just really can’t afford it.”

Petrocelli pulled into the gas station to fill up her tank before driving to her internship, located 45 minutes away in Goshen. Before getting out of the car, she flicked her phone on and began scrolling through an online bank statement, making sure that there was enough money there to put gas in her car. She turned the cellular data back off when she was through, talking about how difficult it was to afford an internship. “I’m so grateful for the opportunity,” she said. “But it takes up so much of my time, and I would rather be doing something I can make money off of.”

Petrocelli hops out of the car, and the sounds and smells of gas being pumped into the vehicle float in through the open window. “I know it’s a bit strange that I’ve taken out loans instead of working a paying job,” Petrocelli said bluntly from outside the car. “But I’m determined to get the best job I can get when I graduate, so I have to give this my all.”

So even though the route she has chosen has made life a little easier, she is aware of the consequences six months after graduation. When the letters for the loan payments begin to arrive, she wants to at least have a start on her career, even though she hopes to eventually get an MBA.

“Because I want a career in business, I have to go to graduate school. Which means more loans, and more work,” said Petrocelli. “I’m definitely going to have to take a few years off after school and get a job somewhere in order to pay for it.”

Her eyebrows furrow in frustration as she talks about possibly working a job at a 911 dispatch center after graduate school. “I may have an opportunity at my internship to do that, and it pays okay. But it will not enough, not by a long shot. It’s just an endless cycle of loans and work, and I’m only twenty years old,”

But that is a reality many millennial’s have to come to terms with. In many cases, one must go to graduate school in order to receive a job in the field in which she or she wishes to work.

“I’m not exactly sure where I want to end up with my career, but I will not settle for anything less than a top, high paying job,” she said. “ And that is why I am in the major I’m in. I can easily go to business school because I already have a grasp on how to run a workplace. And that is kind of what I want because I would love to be a manager or CEO of some sort.”

Petrocelli is determined to find a job that she can use to pay back her loans with, but the vast unknowns that comes with basing decisions off of future plans is still a cause of stress.

When Petrocelli arrives at the internship site, she immediately sits down at her cubicle and begins to ruffle through the large pile of paperwork in front of her, selecting one or two pieces from the collection.

She goes about working on the project in front of her, talking about school and future plans as she sorts through the mess of chemicals listed on the page, updating the files in the computer as she does so. She frequently checks her phone, explaining that she is waiting to hear back about a position as an Office Assistance over winter break to save money for the coming spring semester.

“I’m not exactly sure where I want to end up with my career, but I will not settle for anything less than a top, high paying job.” – Laura Petrocelli

“If I can secure this job, then I’m set for next semester because I know I have loans coming in,” said Laura. “I’m really lucky to be able to live this way, but I am so aware of how quickly it is going to turn difficult.”

As her day moves forward, Petrocelli takes multiple breaks from her work to try to relax. As her phone buzzes loudly on the table, everyone in the room falls silent and looks at the girl sitting at her cubicle. Petrocelli takes a breath and answers the call with a timid “Hello?” Her face breaks into a smile. She gives her audience a nod and a thumbs-up, and turns to talk to her new boss about her new job.

Is Your Unpaid Internship Illegal?
Source: U.S. Department of Labor

Mon Dec 19 , 2016
By Rosalba Corrao On a recent weekday morning, Gonzalez led children to a green door.  “Get in line, come on, get in line,” she said. The teachers and assistants were moving the 12 children from the green music room to the red classroom.  The children, all about three years old, […] 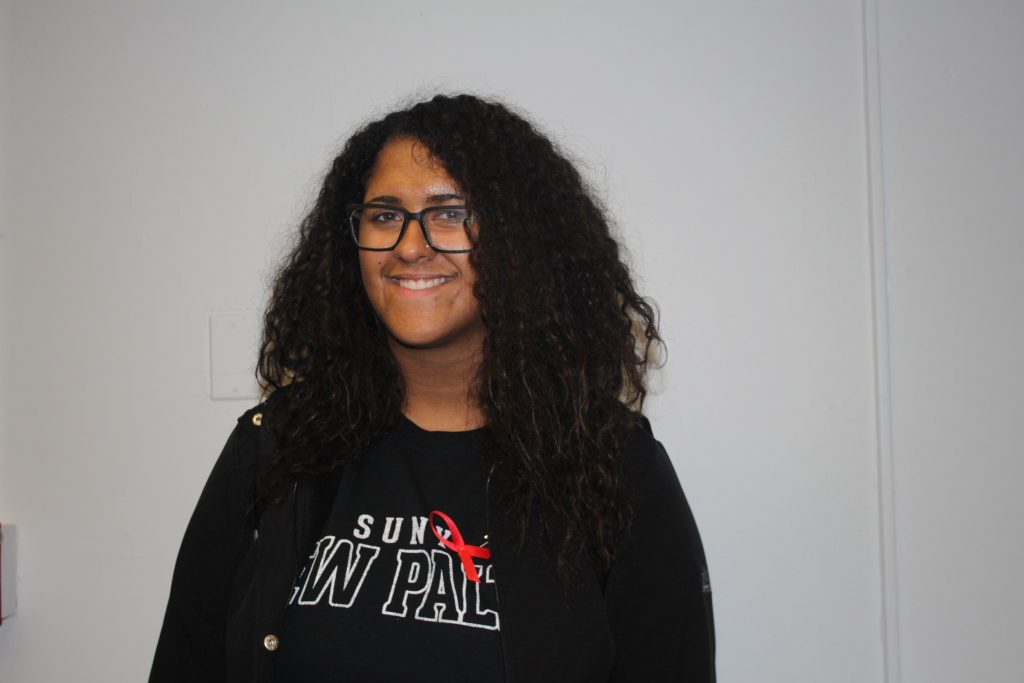