Bill Meade lives alone in a camper on his mother’s property with his German Sheppard named Kaiser. The fifty-year-old cook makes his way to work about an hour south, five days a week serving up the likes of 34-ounce porterhouse steaks for two and roasted duck. His trusty 1998 Honda Civic has taken on 227,000 miles in its lifetime. He does all of his own work on the vehicle like headlight changes and banging out random dents. On Sunday mornings he plates a number of four course brunch offerings.

Frank Sinatra recordings sing in the background as Barbara Meade walks into the restaurant for a surprise visit to her son’s place of employment.

A butterflied medallion of rare filet mignon rests on each crispy half of an English muffin. The contemporary twist on the classic eggs benedict is topped with soft poached eggs, hollandaise drizzle and parsley leaf aside a mess of home fries and bright lettuce which fills the gold rimmed china.

The server’s shirt is tucked and the tail end of his Double-Windsor knotted tie hides below his tight black vest. He grabs the warm plate carefully, not to place a fingerprint on the edge and paces across the floor to Barbara Meade’s window side table. The sun peaks through onto the dish as it reaches the white table cloth.

“I have no worries, am I happy? I’m content, I don’t need anything else.” – Bill Meade

Only after his mother was finished eating did Bill Meade lower the heat on the grease stained steel plated stove-top and leave the kitchen to enter the dining room and sit down with his mom. The server cleared her dish away as the mother and son greeted each other.

“He’s his father’s son,” said Barbara Meade when questioned by her son on the integrity of the dish that he’d prepared.

Bill’s father died of cancer almost seven years ago. However, a young Billy saw inspiration in his late father’s work ethic. While growing up, his father was a cook at the Towne and Country Inn which has now been established as the Eveready Diner in historic Hyde Park. He remembers watching his father cook at home as well and those skills that he picked up subconsciously turned out to assist Bill in his future work. No matter where he went, he could always pick up a chef job on the side.

He survives on less than a living wage by committing to an unconventional housing situation. His expenses are limited in the camping module that sits about two hundred feet from the house. Meade never goes inside his mother’s home.

The Living Wage Calculator, formulated by MIT, states that a single adult in Dutchess County requires a gross income of $25,331 in order to manage a habitable lifestyle. A majority of the expenses that are added into the calculation is dedicated to housing. Bill Meade makes an approximate $24,000 annually which puts him just before the living wage threshold for a single man. Regardless, Meade limits his expenses by maintaining a life confined to an RV which practically eliminates 50% of the estimated MIT expenses.

Meade makes between four and six hundred a week with his new position at Joseph’s Steakhouse, half of which is delivered off the books. Propane fires up the heat and hot water in his camper which runs him roughly sixty dollars a month. Gas and cigarettes tacks on an extra two hundred a week plus car insurance and electric that cost him one hundred a month each. Add that up to a grand total of nearly eleven hundred dollars in expenses per month.

Meade hasn’t had health care for a long time. “He can’t afford health insurance and come spring time when he wants to get his income tax return, they take it as a fine with Obamacare,” said Barbara Meade. He’s caught in the middle ground where he makes too much to be completely covered on the Affordable Care Act but cannot afford a health plan being that his employers had never offered one to him.

“My mother and I will talk about it she says ‘I want more for you’ but I have no worries, am I happy? I’m content, I don’t need anything else,” Meade says, “I’m working for me and I never been one to be financially responsible.”

“Shuffle up and deal!” His voice was the only one to be heard shouted over the crowd at Sidelines Restaurant and Sports Bar in Red Hook, NY. It’s poker night, Bill Meade is quite the stand out character at the working man’s watering hole. Seven guys sit around a poker table with draft Bud Lights flowing and cards flying.

One deck is in play, spread out on the table while the other gets shuffled to speed up the game. Three jacks and a five on the table and Billy goes all in, he’s got pocket deuces, giving him a full house. The rest of the men at the green felt table shows straights and low cards making Meade the winner, he takes the pot.

Meade entered the United States Military when he finished high school in 1985 and was soon after dishonorably discharged on the grounds of misconduct after two years.

At the age of twenty-two, Meade and his first girlfriend had a daughter named Brittney and moved down to Raleigh, North Carolina. That’s where Meade was first introduced to the serious southern specialties otherwise certified as country-fried comfort food. Meade laughs at the times he was once mandated to throw a big slab of ham fat in the pot when cooking just about anything from black-eyed peas to collard greens. After the last dish was polished, Meade returned home to wind down for the night, only to wake up and do it all over again.

Alcohol and drugs were a common theme in Meade’s household that he shared with the mother of his baby girl Brittney. Percocet, whiskey and cocaine were a bad combination for a young working class family, which led to their separation and Meade’s flee back up the coast to his hometown in New York.

“[The] downfall of my society was my alcohol and drugs.” – Bill Meade

The drugs started early in his life. At thirteen Meade was already smoking marijuana. He was nearly expelled from high school for possession when a Franklin D. Roosevelt High School administrator suspected a couple burnt roaches were in Meade’s backpack. His mother Barbara Meade remembers the story valiantly as she described her crusade against the administration to keep her son in school. “I was ready to take on the town prosecutor,” she said “they didn’t have anything on Billy.” Laughing about the tale in retrospect, Meade peered out the window as to look out onto his glory days.

After leaving North Carolina in 1996, Meade found work rather quickly based on his experience in the restaurant. “I came back up, I was working construction, but I always had a side job in the kitchen,” Meade said. When he met his future wife Rebecca she already had a two-year-old daughter. They dated for five years and decided to get married when she got pregnant with Meade’s second biological daughter.

By this time Meade was a paid Emergency Services Technician (EMT) and a volunteer with the Rhinebeck Fire Department. “She didn’t work, living off of one salary was tough. She always lived off the system,” said Meade regarding his wife Rebecca. They split after two years and Meade bounced around for a period of time until he met Brooke.

Meade met Brooke when she was nineteen and he was forty-two. They started off just seeing each other and quickly became close. She saw an allure in him and he needed someone that was willing to take care. Brooke, who still caters to Meade’s needs, is a source of brightness in his life. They had apartments together from time to time but today she goes to stay with him in the camper periodically. Brooke takes care of Meade’s laundry and his car is registered in her name, expenses that would otherwise be debilitating.

Meade and Brooke acquired Kaiser, their German Shepard around the time of Meade’s father’s death. The RV sits on eighty-eight acres so Kaiser runs free and sometimes gets too far off on the property. But Kaiser is Meade’s faithful companion. Meade tells stories of full on battles with Kaiser, between them only a solid knotted rope. Kaiser shows his teeth and Meade bites back, but once the round is over, they are back to best buds.

Meade went from job to job at times working for multiple organizations. Most recently he was working at the Rhinecliff Hotel for four hours in the morning, six days a week, before heading over to Captain Pizza in Rhinebeck for the duration of the work day. “I was living on my own, doing drugs, didn’t pay my rent. So then I was looking for a place to live, mother had the camper and I put it up on her place,” said Meade.

Meade has aspirations to move from the RV in the near future. “Downfall of my society was my alcohol and drugs,” Meade said. He’s always carried a resilience even though things may not go as planned. A reoccurring sentiment in Meade’s life is hard work. He shies away from the idea of renting an apartment sometimes because he doesn’t want to work to pay someone else. He explained that today his bills are paid and he has no overhead. For now, the camper will remain upright so Billy and Kaiser can sit under the awning in the moonlight.

Indebted to a Dream

Mon Dec 19 , 2016
By Kristen Warfield The sun has barely started to rise at 5:30 a.m. when Mercedes Ortiz turns off her alarm to get ready for school. Achy and fatigued, she rolls out of bed at her family’s home in Walden, New York, knowing there’s another long day ahead. To the sounds […] 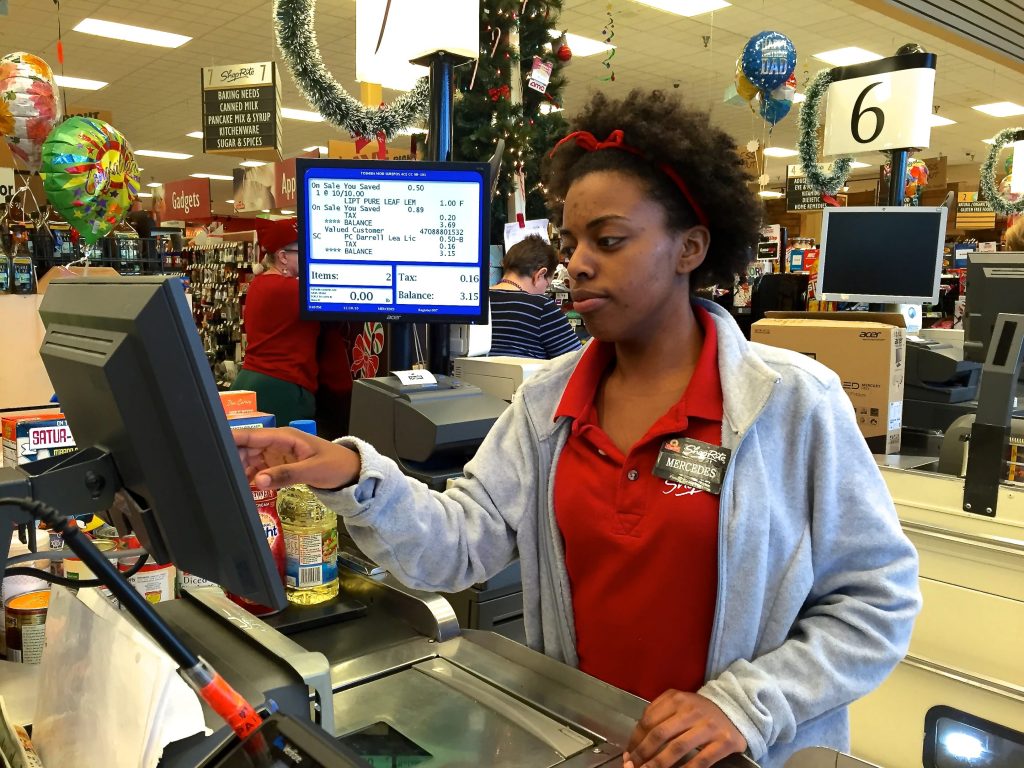