Eleanor Candee was lying on the floor of her housemate Erica’s bedroom in tears. She didn’t want to smell like the place anymore, that scent of coffee and microwaved bagels that clung to her clothes and never left. She didn’t want to spend her weekends consumed with work, barely making enough to justify the amount of precious time wasted there.

Until recently, she’d pulled about two shifts a weekend for minimum wage at New Paltz Bagel Café. She spent hours each day ringing up customers and making their orders. But after trying to work there and go to classes, she went home one day in a rage, slamming the door to the house and screaming to anyone who would listen that she’d had it.

Her housemates did their best to comfort her, but Candee knew there had to be a change. The store only paid nine dollars an hour, plus tips, which usually only yielded $20 to $30 on a good early shift, sometimes as low as five on a closing shift. Between the shop and her classes, the pressure to finish her schoolwork won out, forcing her to quit. She simply couldn’t take it any longer.

Candee is a 20-year-old senior and English major at SUNY New Paltz. At the end of the fall semester of 2016, she’s set to graduate early and join the work force, although specifically how remains a mystery. As far as a plan, she doesn’t have a “blessed clue” and hopes to at least work during the spring to save up some cash before her lease is up. She’s considering going into publishing. Maybe she’ll enroll in graduate school.

“I love learning, but the school system is inherently flawed,” Candee said. “ I don’t want to teach.”

The most recent data from the 2010 U.S. Census showed 71 percent of college students work while taking classes. An article published in November in the Journal of Economics and Public Finance acknowledged this, but recommends that “a student’s main focus should be on schoolwork.” Of course this isn’t always the case in the real world. There have been plenty of times where Candee has had to choose between eating well and an A.

David Gordon, a professor for over twenty years and co-author of the article, said that rough patches like Candee’s are the “darkest days” for students who have to support themselves. “Many students start in a hole,” Gordon said. “They have to learn how to budget and start imposing discipline on good habits.”

At Candee’s house, which she shares with three other New Paltz students, she pays for all of the expenses herself. Rent, groceries and bills all come out of her own pocket. In fact, the only thing completely covered by her parents is her car insurance payment, a benefit her two older brothers also receive. She split the bill for her 13-year-old Toyota Camry with them too.

In terms of financial support, Candee’s parents don’t offer much beyond a failsafe to prevent nightmare scenarios, which fortunately haven’t hit her more than a few times. Her father is a contractor, and her mother is a secretary who also works in retail part time.

Once, she said, they gave her a month’s worth of rent to prevent her from losing the lease, but that’s the closest call she’s had. Before her enrollment in college her grandparents gifted her a CD account with a large sum of money to pay for the in-state tuition and housing, which has left her with minimal federal loans.

Candee hasn’t slept much this semester. The weekends she worked at the bagel shop consisted of six to eight hour shifts, followed by coming home at whatever time covered in the scent of food, to do the seemingly endless piles of homework built up from her English classes. It damaged her healthy habits and social life, so much so that even her mother told her to quit, because it just wasn’t worth it.

She at least got paid once a week, which is better than the delayed pay cycle of campus jobs. But the money she received depended on whether her manager could give her a second shift on the next day, and if she couldn’t, Candee would only walk away with a measly check of around $50. The real lifeblood of working at the bagel shop came from the tips.

“Some weekends tips are really helpful, some would be like you could buy a gallon of milk with that,” she said. “I would think of tips in regards to groceries, because I tried to use my tip money as much as I could like groceries, gas, anything, so I’d only have to use what’s in my bank account for rent.”

Candee has a savings account that she’s deposited money into since she was 15, old enough to receive working papers to man a farm stand on the side of the road in Albany. A couple in their eighties paid her a little over minimum wage to sell passersby assorted produce. When that job folded, she moved on to sell shoes at Famous Footwear.

“I started working because I wanted to start shopping, and my parents were like, ‘alright, earn it’,” she said. “I started saving at least a third of every paycheck, starting from the first one I ever got if not more. I’d put almost everything in the bank.”

Now, Candee splits her time between working on classes and her two jobs at the Center for Student Success, for which she both tutors and serves as a program assistant. Those jobs pay a collective $9.75 an hour, at about nine hours a week. It might not sound like much, but Candee has found a creative way to use a campus job to pay her bills, which might seem impossible considering how late campus checks usually are.

When Candee first enrolled in college, her grandparent’s money helped keep her in campus dorms. She used that opportunity to save her money from working as both a night host in her dorm and a tutor, which generated a cushion of cash she knew she’d need for moving off campus. After her second year, she found a few friends, rented a house and paid bills in a rather unique way.

At SUNY New Paltz, paychecks are distributed every two weeks, with the first one being four weeks late. Due to a “neurotic” tendency, Candee refuses to cash any of her checks until the end of each semester.

“The bank I use only exists in Albany and I’m fundamentally opposed to online banking, because I don’t trust the Internet,” Candee explained. “I won’t even download the app to check my balance, I’ll just call the bank instead.”

This might seem strange, but it has accidentally created a way for Candee to effectively “lead” her money. While she was too afraid to cash her checks online living on campus, Candee simply stored them in her desk. At the end of the semester, she took them home and cashed them all at once.

When she moved off campus, the money she initially spent on rent and other expenses came from the first two years of working and saving her checks. The checks she was earning during that first semester off campus were stored so they could be cashed in Albany in December, where they would be added put towards the next semester’s worth of expenses.

Keeping up with the bills

It’s a practice that she continues even in her final semester, with a stack of paychecks tacked to the wall of her bedroom for safekeeping. They are stuck together but spread apart, in a fan-like formation, so that Eleanor can always check the numbers again, and count them up to make sure she has enough for the next semester’s several months of rent.

“They just sit there tempting me,” she said, laughing but also frustrated. “And I only have about $170 left after I pay all of my rent and bills.”

As a program assistant for the Center for Student Success, Candee spends Wednesday nights sitting in room 102 of Vandenberg Hall. She sits at a professor’s desk with her laptop open, as well as a thick Norton anthology in preparation for one of her classes. Aside from one other tutor who sits quietly, waiting for a walk-in student that probably won’t show, the place is a ghost town.

“It’s just being inconvenienced for money,” Candee said, as she spent a lot of her time chatting with her tutor friend and absentmindedly shining a laser pointer at things. “I always make sure to bring at least two homework assignments with me before I come. I have 180 pages to read for tomorrow.”

The future of next semester is a frightening one, as there are no more semesters left, at least as an undergraduate. But that doesn’t stop Candee from dreaming about following her passion for the English language. At her dream job for the publishing house, she’d like to edit children’s books.

“I really love the idea of being involved in the production and distribution of children’s books,” she said. “My favorite thing about academia is grammar. It’s like the math of the English world and it makes sense to me!”

As the holidays roll near, and Candee imagines her future, she tries to stay rooted in the present. Her newest rule, to not spend more than $80 at the grocery store until winter break, has just taken effect. She knows that she needs a new job away from the bagel store, but at this point, anything could happen.

“The plan is just to work my ass off as much as I can handle, and save as much as I can,” she said. “I do have my favorite spot at the bagel shop as a fallback, and my manager told me that if I needed to I could come back. I don’t want to do that.”

Mon Dec 19 , 2016
By Anthony Mitthauer-Orza Janet Yusko never would have saw her life go from a having full-time job to seeing her father pass away and returning home to care for 82-year-old mother with dementia. At age 55, Yusko finds herself caught in a bind. After holding high-level administrative jobs in Ulster […] 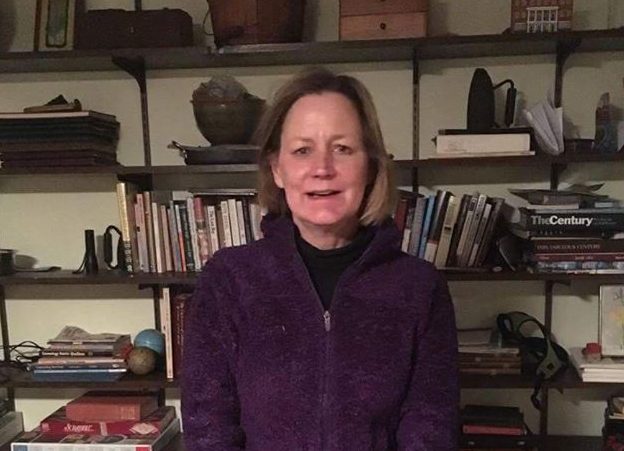