In the frigid basement of a six-person house, curly-haired, 21-year-old Matt Joyce perches on his bed, fiddling with an unplugged electric guitar. The bed, with no headboard or box frame, sits on the concrete floor in the corner. The sounds of rain and wind permeate a small window above his head. The musty, poorly-lit space is home to Joyce, who dropped out of college three years ago due to rising tuition costs.

While he has not had the  funds until late to return to college, he lives in the college town of New Paltz, New York in a house full of SUNY New Paltz students. He observes his housemates as final exams and celebration of the end of another semester ensues.

A 2015 survey by Edward Jones, a financial advising company, found that 83 percent of Americans say they cannot afford the expense of a college education and pay tuition outright.

“The further into the school year it gets, the more antsy I get to go back,” he said.

With the new year around the corner, Joyce said that he will be earning more hours and an increase in pay from his $10 an hour job as a line cook at Russo’s Deli. From there, he will save up a few hundred dollars a month to attend SUNY Ulster and pursue an associate’s degree.

After attending SUNY Purchase for half a semester in 2013, Joyce withdrew, unable to afford tuition costs.

Joyce has been self-reliant from his parents for over a year, paying every expense such as rent and groceries on his own. Last week, Debbie Russo, owner of Russo’s Deli, told Joyce, that she was going to assist him in getting health insurance through the Affordable Care Act. Making $10 an hour qualifies, but he does not earn enough to pay premiums.

After getting kicked off his father’s health care plan two years ago because of the company’s policy, Joyce said he is on the search for coverage. Since its initiation in 2010, the ACA has expanded coverage to over 25 million Americans, but one in 10 are still uninsured.

Joyce’s parents divorced when he was five years old. The day after he graduated Brewster High School, he left home, taking refuge in a friend’s basement in his hometown of Brewster during the summer of 2013.

The same year, he rented an apartment there. He would spend the weekends with his father in New Jersey.

Many factors resulted in Joyce’s decision to withdraw from Purchase, from the cost of rent, tuition and lack of financial support.

“I was bouncing around in my car at the time to people’s houses that I knew for the most part,” he said. “I didn’t really mind it, it was kind of fun actually. I don’t want to glamorize homelessness or anything, but I thought it was a fun break from the monotony of what had been my life for 18 years up until that point.”

In June 2015, Joyce shipped out to live with his father and stepmother in Pennsylvania—but he had a hard time getting along with his stepmother.

“She was very unnecessarily hostile towards me the whole time I lived there,” Joyce said.

After renting an upstairs room in the house he’s living in now, Joyce asked to live in the basement in exchange for paying utilities only. He realized he could never become dependent on his parents. In September 2015, Joyce picked up all of his belongings and returned to the duplex in New Paltz, where he has resided ever since.

Joyce figured it would be easier to take all matters into his own hands, saving money and paying for all expenses himself, while not having to deal with his parents.

“I know what it’s like to grow up in tight times. Now, I feel like that’s benefitted me because now I can live in squalor like this and not mind it.” – Matt Joyce

“Here I am, I like it,” he said, pointing to his living quarters in the musically-equipped basement home to drums and studio equipment on the other side of the room. “It’s kind of cold down here sometimes, but there’s a heater that works. Not having to pay rent in full, I get to save a lot of money.”

Rent in the duplex costs $450 a person. Joyce pays $150 for his basement corner. He pays $45 a month for his phone. After purchasing a car, Joyce will now be able to leave town to go to surrounding towns to purchase necessities.

Growing up, Joyce’s family never had trouble with food or clothes, but larger expenses such as family vacations and college tuition were “always out the question,” he said.

“I know what it’s like to grow up in tight times,” he said. “Now, I feel like that’s benefitted me because now I can live in squalor like this and not mind it. I know how to save my money and eat a lot of pasta, so that I don’t have to spend a lot of money on food.”

Joyce starts his 8 a.m. open to 7 p.m. closing shift as a line cook at Russo’s Deli on Main Street in New Paltz. Soon, Joyce is going to be one of the two employees who have responsibilities in the kitchen.

After getting hired in the summer of 2015, Joyce said he was grateful and had the mentality of going into work and not fraternizing with anybody, knowing he could not blow his opportunity to make money.

Within two months, Joyce was promoted from preparation to line cook.

He has been working more hours lately and staying later, trying to prove to his boss, Debbie, that he is capable of handling the workload in the kitchen by himself, to potentially leverage a raise and be called “their boy,” Joyce said.

“It took him some time, and over the course of six months he really did gain a lot of skills and did what we asked him to do,” Russo said. “He was honest and prompt and all those good things, open to learning.”

Joyce said he hopes that despite only having one job in his lifetime, working hard will pay off.

“Even though it’s one job, if I work there until I’m 23 or 24, and I manage to get to top-tier leveling and be their “boy”, I feel like that would be good for future jobs so they can see I stayed at a place long-term and worked my way up,” he said.

Joyce describes his love for music as emotional comfort in a household with a stepfather who did not treat his mother well, he said.

“After I got into music, I sort of dropped everything else,” Joyce said. “I’ve been only focused on listening to and playing music for 11 years, basically at this point. It’s everything, I’d say, to me. It’s vital to me and my friends. It brings us all together.”

With drums, guitars and a recording setup located in the basement, the friends and housemates always find time to have jam sessions. Most recently, the pair of Joyce and his best friend have started “Slurms MacKenzie.”

“People around town know who we are,” said Joyce, who coordinated the band’s cassette tape layout. They recognize me sometimes, and say, “Oh, you’re from Slurms MacKenzie.” It’s really weird. It’s kind of jarring, actually.”

Joyce says he feels like he may have a future in music. “I’m just going to keep pursuing that and keep grinding at Russo’s, making my money until something gives and I can posture myself up a tier in life,” he said. “But I think it won’t be that long, if I just keep doing what I’ve been doing.”

What the future holds

After a friend graduates and moves out of his upstairs bedroom, it will be his to take—an increase in expenses, but a continued step in the right direction.

He looks forward to attending SUNY Ulster in the fall. After he earns his associate’s degree, he plans to transfer to SUNY New Paltz.

“Even though my housemates and I  all come from vastly different situations, we all have very similar mindsets and goals and ambitions,” Joyce said. “We sit in this basement all the time and all we do is hangout and play music and we talk about our lives and stuff like that. I feel like I’ve formed so many important personal relationships in this house alone this year, and I’m really grateful for that.”

How To Afford Your Work Ethic

Mon Dec 19 , 2016
By Mike Timpert Eleanor Candee was lying on the floor of her housemate Erica’s bedroom in tears. She didn’t want to smell like the place anymore, that scent of coffee and microwaved bagels that clung to her clothes and never left. She didn’t want to spend her weekends consumed with […] 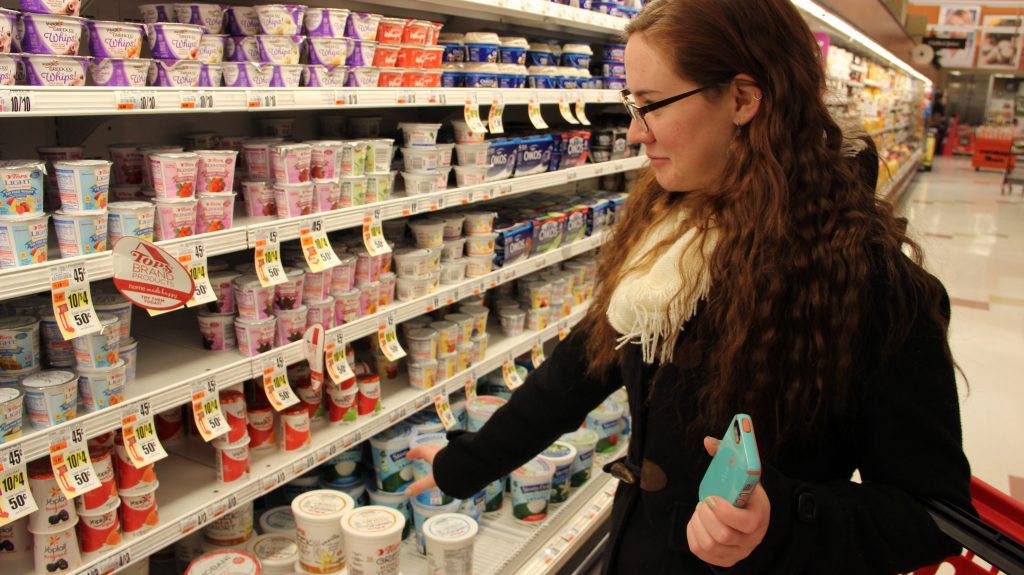