Students gathered in clumps on Tuesday, Nov. 8, in the multi-purpose room of the Student Union Building. They stood in a line that circled the room, waiting, some more patiently than others, to cast their vote for the next president.

A group of friends split their time between their cellphones and the crowd. They complained about the wait and debated whether or not to come back later.

Behind the group, a girl wearing a white tank top with a picture of Simba from “The Lion King” and jeans was by herself, anxiously waiting, jumping up and down. She looked like she had to use the bathroom. Someone approached her asking if she would like them to hold her spot.

“Oh I don’t have to go the bathroom, I am just so excited that I can’t stand still,” Samantha Guglielmo, a fourth-year-student, said. “This election is the only thing that has been on my mind for weeks. There really is no other choice but Hillary, and I’m nervous what the repercussions will be if our country votes differently.”

Guglielmo, like many others in the poll room, honored the women’s suffrage movement by wearing their primary color, white. “They fought for our right to vote, and now we are making history by breaking the glass ceiling and electing the first female president.”

Conservatives on Campus Face Backlash for Their Views 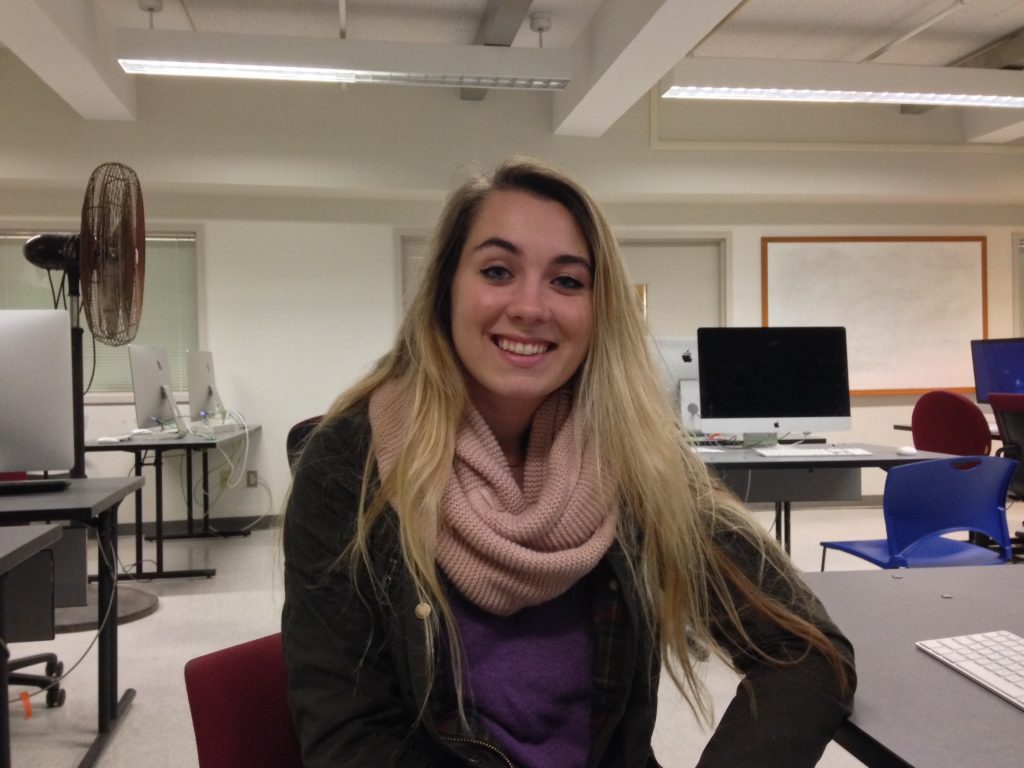