NEW PALTZ – Controversial comments made by U.S. Presidential candidate Donald Trump, in regards to the groping and harassment of women, have some students on the campus of SUNY New Paltz concerned that rape culture could be promoted.

The comments in question refer to an uncensored 2005 video recording that leaked via The Washington Post where Trump said to Access Hollywood’s Billy Bush, “You know I’m automatically attracted to beautiful [women]. I just start kissing them. It’s like a magnet. Just kiss. I don’t even wait. And when you’re a star they let you do it. You can do anything … Grab them by the pussy. You can do anything.”

In response, during the second national presidential debate, Trump chalked up the comments to mere “locker room talk.” However, according to women’s rights advocacy experts and some students on the campus of SUNY New Paltz, Trump’s comments not only normalize rape culture, but promote it. For those who aren’t familiar with the term “rape culture,” it describes the normalization of sexual violence in society. Further, it’s a substantial problem plaguing college campuses around the country. One federally funded study in 2007 found that 19 percent of women in college have experienced attempted or completed sexual assault.

The problem is so prevalent that President Obama touched on the subject back in 2014: “It is estimated that 1 in 5 women on college campuses has been sexually assaulted during their time there — 1 in 5.”

Consequently, it’s an issue on the mind of many female (and male) students on the campus of SUNY New Paltz. Hayley Kim, a third-year student said, “If a presidential candidate can do and say these kind of things, what kind of message does that send to sexual assault perpetrators everywhere, but even more importantly to the victims of these crimes.” David Green, a second-year student, added, “Trump’s comments enable people to speak more freely about sexual advances.” Green believes that sexual assault will now be talked about without ramifications regardless of the nature of comments.

Students on campus weren’t the only ones to share this concern; co-founder of women’s advocacy organization UltraViolet Action, Nita Chaudhary, said, “Comments like these…are an embodiment of a culture that normalizes sexual harassment and violence against women. By bullying and harassing these survivors, Trump and his campaign are attempting to normalize violence against women.” Chaudhary went on to say that Trump’s campaign is the worst showing of sexism ever on the national political stage, and that “Survivors and Americans deserve better.”

Trump has since apologized for the comments, calling them “foolish,” and saying they don’t reflect who he is today. When asked about Trump’s comments, and whether or not they promote rape culture at the State University of New York at New Paltz, officials with the Student Activities and Union Services made no comment.

Conservative Women for Trump Stronger Together

Thu Nov 10 , 2016
By Michael Timpert The cramped, low-ceiling mail room in the Digital Media & Journalism and Communications department is considered a safe house used by conservative women in support of Donald Trump, who speak in hushed tones about the end of the election cycle. For the majority of liberally minded SUNY […] 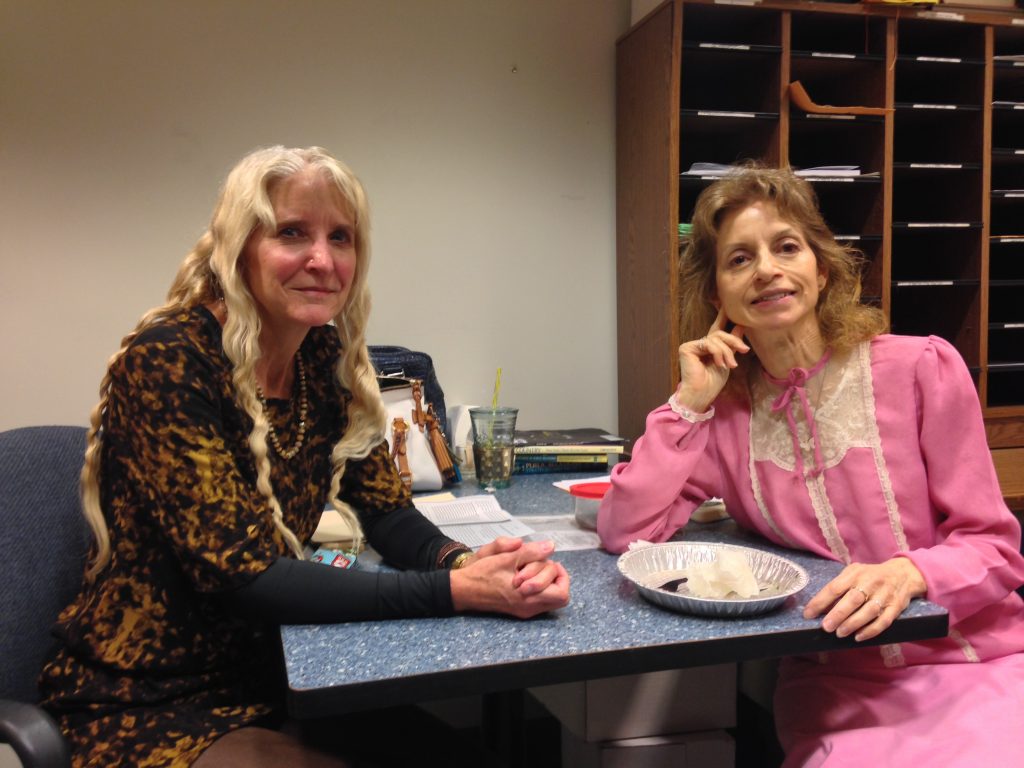