NEW PALTZ – The 2016 U.S. presidential election is expected to see a significant increase in first-time and young adult voters.

According to POLITICO, voter registration has reached an all-time high at 200 million registered voters, making up about 83 percent of the adult U.S. population. “More than 50 million new people have registered to vote in the past eight years.” Many of them are college-level, millennials who are voting for the first-time.

From believing in human rights for all to believing their candidate is the best option for this country, young voters have a variety of reasons for coming out to the polls.

Geliza Castro, 19, a third-year sociology student, is a Latina woman from the Bronx, NY. She believes that a woman is no less than a man in any aspect, and finds that Clinton inspires to do just that.

As a feminist, Russell believes that everyone deserves human rights and to be equal with one another and that democratic hopeful Hillary Clinton embodies those ideas as well.

“I just feel like we can’t go from the first black president, and revert back to a white, xenophobic, trans-phobic [country],” said 19-year-old, third-year digital media production student, Deborah Chai, “It’d be cool to have the first female [president] and I don’t know if we’re gonna get that back because there was so much ridicule against Hillary in the first place, [I don’t know] if another woman will get this far.”

Only 38 percent of young adults ages 18-24 voted in the 2012 U.S. presidential election according to the U.S. census. Chai hopes that millennials will come out in full force this election to change history and prove “that the younger generation can have a voice and really care about something as opposed to [being called] apathetic.” Mon Nov 14 , 2016
By Kat Askew     The fight for democracy is strong in this 2016 election year of rainbow pant suits and pseudo moguls. But what about third party candidates Gary Johnson and Jill Stein? They haven’t been appearing on Jimmy Fallon or Saturday Night Live, yet they’re continuing to reach […] 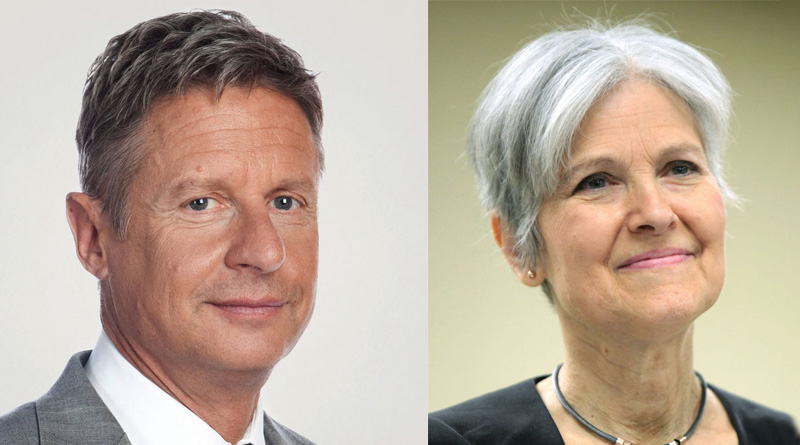