At the age of 14, students transition from middle school to high school. At 16, teens in New York can start driving. And at 18, young adults may register to vote, symbolizing their entrance into adulthood.

For many millennials, the 2016 election is the first opportunity they’ll have to exercise their right to vote. But this election has been unprecedented in various ways. Many believe that those running for office are unqualified. Because of this, there are first-time voters who feel apathetic or indifferent towards voting.

“If there were better candidates, I’d feel better about this election,” said Kali Penoyer, a first-time voter and student at SUNY New Paltz. “I feel like when I’m voting it’s going to be against someone rather than for someone else and I never imagined that’s what voting would feel like.”

Another first-time voter, Mary Beth Maddamma, believes that both contenders have traits about them that are very unlikable.

“It is challenging for people who have never voted before to decide because they feel a lot of pressure,” she said.

Young people are also dealing with the stigma of ignorance and privilege associated with their generation. Some older people don’t think that college students can make informed decisions. Cynics think that young people’s opinions are based simply on their friends and their environment. However, many young people express that the shift to college has allowed them to express themselves more openly when it comes to politics.

“I think that because my dad is republican, that shaped my political beliefs while I was home. But the change in environment, to New Paltz, has allowed me to become more liberal”, said Maddamma.

Some first-time voters who would have filled out an absentee ballot to vote even expressed that the process for registering seems pointless.

“Most millennials don’t believe their vote will have an impact on the outcome of the election despite the increased interest in politics,” said Arianne Rogers, who is registered to vote in Long Island. “I just think [the election] is very disappointing. We’re in this situation because of past politics and social beliefs. I always find myself thinking, ‘How did we get here?’”

https://medium.com/@barnhart2
Toria is a fourth-year journalism student from Rochester, NY. She is an avid dog petter, travel lover and cookie connoisseur.

What a Long, Strange Trip It's Been

Mon Nov 14 , 2016
By Melissa Kramer  Two friends enter the glossy double doors of the   polling center at SUNY New Paltz. “It is time,” one   friend says to another. Today is Election Day, and   anticipation surrounds the campus.  Inside the large gathering space, a small but anxious   line waits for its big moment. […] 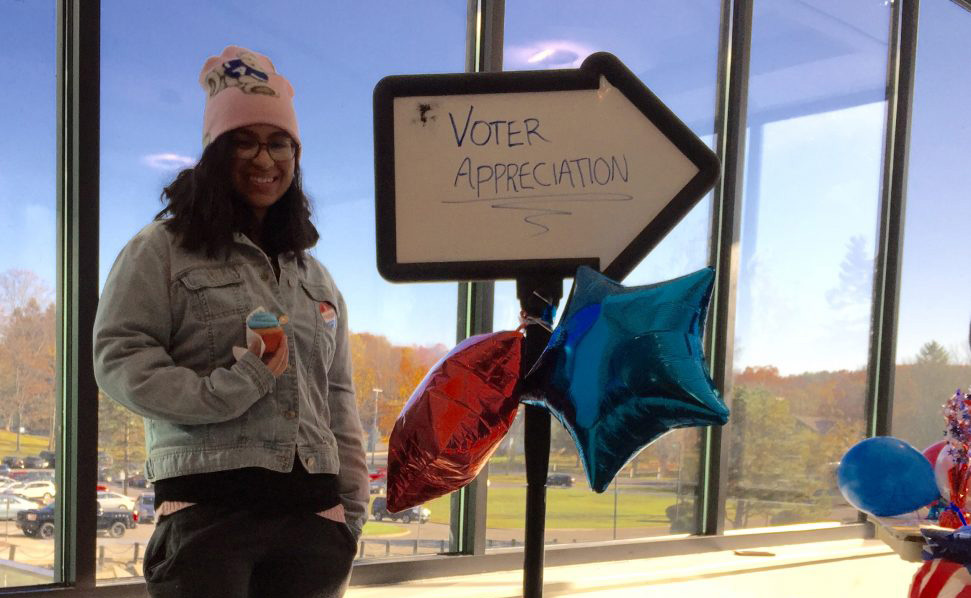