For such a petite soul, songwriter June Cahill has some grand ideas.  They’re well-read and open-minded, but make no mistake, their take-no-s–t attitude is a force to be reckoned with.  Despite the incredibly likable personality they display, there seems to be somewhat of an internal struggle for the artist; a longing for self-acceptance of identity — one they can portray positively through their music, and also from day-to-day.

As they led me down the basement stairs of their apartment, it’s hard to recognize any of this. Dressed in bright colors; a tattered denim vest complete with a Diet Cig pin, Cahill yawns, scratching their ruffled hair beneath a white beanie decorated with a knitted pink flower. Laughing and apologizing, they kick an empty beer can resting on the floor out of their way.  “Sorry, we had a show down here last night. We didn’t get to clean up yet.”

The basement is dimly lit. A graveyard of empty beer bottles and cans litter the floor and furniture, and in one corner a single rope of holiday lights are strung from the ceiling and dangle towards the floor, illuminating a lone microphone and guitar amp.  This is the stage of Space Mountain, the DIY safe-space venue Cahill and roommate Matt Sherman established together for traveling acoustic acts from near and far.

“Having a lo-fi space gives us the control to make sure that nobody is disrespecting the artists or the others around them,” Cahill explains.  “If someone is acting in a problematic way, there is no way to hide it. The crowd is quiet enough that it stands out.”

This seems to be an earnest goal for Cahill and other members of the local DIY circuit, who more and more frequently post disclaimers similar to: “if you are causing any issue or making anyone feel uncomfortable, you will be asked to leave.”  Other than simply upholding moral values, this is all due to Cahill’s identity, now established as gender queer, and preferring “they,” “them,” “their” pronouns. “I came out as queer almost a year ago, on my birthday,” Cahill points out.  “It’s something I’ve known for a really long time, but when I came to college, and was on the verge of coming out publicly, I wanted to fit in, so I kind of played into the traditional ‘masculine’ traits. Then I started to question how good [being myself] was, and how far I had come, and it all came to a head. And it was great! But I didn’t realize that once you’ve come out you have to really put it into practice. So I would have people belittling me, or not fully acknowledging that aspect of my identity . . . That’s kind of what the past year has been about—learning to love that side of myself.”

Through the process of nurturing that aspect of their world emerged Cahill’s solo-act Flower Housewife, the self-proclaimed “music yr middle school sister might b into.”

While a majority of their recorded work consists of covers, the few originals Cahill has produced tend to deal with self-approval and the promotion of positive behavior towards the self. With melancholic tracks like, “flower song” from their Internet Girlfriend Demos where Cahill warbles over an acoustic guitar: “When I can’t get out of bed / I just tell myself that I’m a flower / forever green on the mountain tops / a warming lull as I’m released from the winter,” Cahill has found considerable support from various other artists who identify as queer.

“This past summer, I felt like myself for the first time,” Cahill said excitedly.  “I had so many supportive people surrounding me, willing to teach me about queer culture and what it means . . . [Flower Housewife’s] been a great way to showcase my identity.”

While the support at times has been overwhelming, Cahill still finds difficulty in gaining acceptance from all people associated with the DIY scene.

“It’s hard to divorce the person from the music . . . It’s kind of a double-edge sword because you don’t want people to treat you any differently from anyone else, but at the same time you want people to acknowledge who you are,” they explained.  “Some people just want to, through silence and evasion, not acknowledge your identity. Like, ‘If we don’t bring it up or talk about it, everything’s fine.’ And I couldn’t deal with it, so I started dressing more feminine and embracing who I was. For some people it’s probably off-putting, and I guess for them they may not want to associate with me, but for myself it’s the best thing in the world.” And to that Cahill added, “F–k ‘em.”

In retrospect, it makes sense to me that June agreed to meet at their safe-space venue. Much like the bubbled existence they described of their hometown in West Islip, New York, a place they explain they didn’t get to experience many different viewpoints, Space Mountain is the complete opposite.  While, in a way the bubble survives, the space promotes all walks of life in a positive, impartial manner that’s tolerant of anyone’s identity. “That’s one of the reasons I came here,” Cahill said.

While the bubble is comforting, June understands that branching out is necessary. They’ve taken a semester off from studying English at SUNY New Paltz, to focus on self-exploration. With recent tours across the tri-state area with Catlike and Nobody’s Baby, an upcoming EP, a possible split with Dead Dog and the release of their debut single, the minimalistic and sorrow-drenched track “batgirl,” Flower Housewife has been showing serious growth musically, as well as Cahill in expressing their true colors.

“I think a lot of what I’m trying to put forth in my music is this sense of growing,” Cahill said. “It’s all about discovery and identity, which in some ways is good and bad, ‘cause it’s like, ‘Wait, are you unsure of yourself?’ — but it’s not that. I’m journeying and it’s great.”

Fri Dec 18 , 2015
The Hudson River is rising at a rate of 3.2 millimeters per year, threatening over 9,000 acres of riverfront habitats and communities—and there may be nothing we can do to stop it. Studies by several statewide and local environmental groups show that climate change is already having an effect on the […] 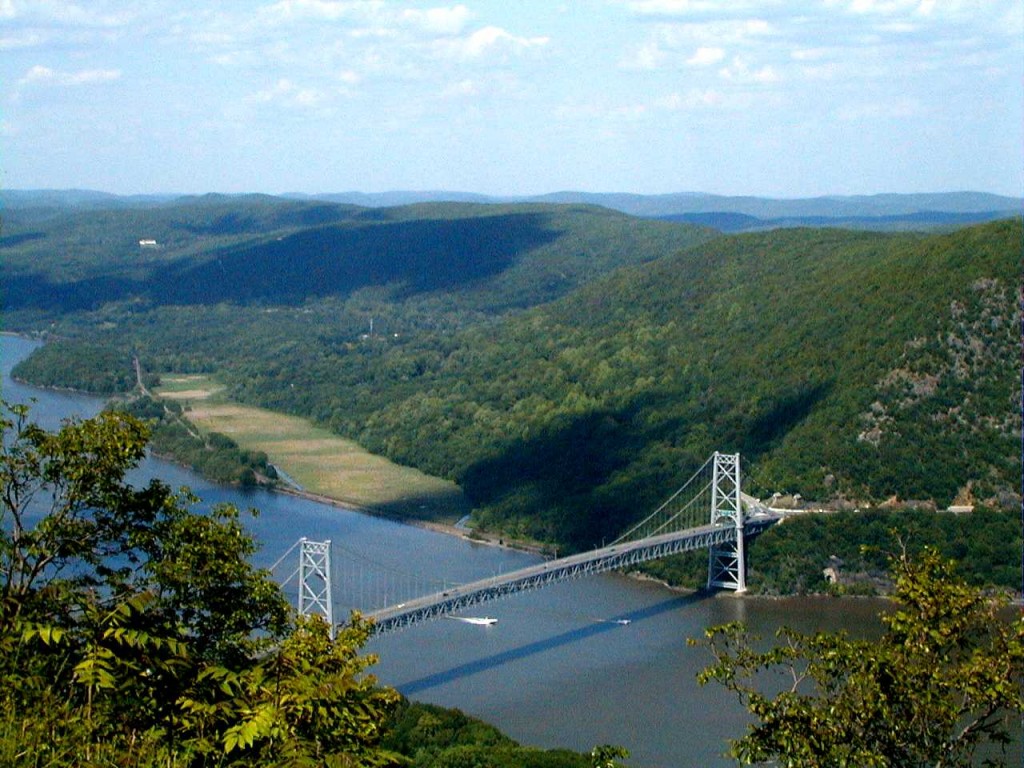