By this time next year, Hudson Valley residents and visitors may have a brand new stretch of trails to hike, run, bike, snowshoe and cross-country ski.

In July 2015, the Open Space Institute (OSI) unveiled a map detailing a trail that would stretch from the Village of New Paltz to the Shawangunk Ridge. The proposed 3.4- mile multi-use recreational loop called the River-to-Ridge trail, is expected to be 10 to 14 feet wide, providing a direct connection from the village’s downtown area, including the Wallkill Valley Rail Trail, to more than 90 miles of trails at the Mohonk Preserve and Minnewaska State Park Preserve. Among the project’s efforts to connect the extensive trail network in the Shawangunks, the trail is also expected to provide safe passage for bikers and walkers, traversing the unnerving shoulder of Route 299 while heading west of the village. The trail will also offer improved access and movement for agricultural equipment within the actively farmed areas, according to a project narrative put forth by the OSI.

“River-to-Ridge will be a terrific asset for the community and an important anchor to an ever-expanding, premier network of recreational trails in the eastern U.S.,” said Kim Elliman, the OSI’s President and CEO in a prepared statement.

Beginning at the Carmine Liberta Bridge, the trail would stretch north along the Wallkill River towards the Village of New Paltz Boat Launch and then cross Springtown Road. From there, the trail follows along the northern edge of the Wallkill flats fields, crossing Lewis Lane and through the Butterville Hills where it would include an approximately 1.6 mile internal trail loop, entering the Hillside Lot, and ending just north of Pine Road at Butterville Road.

Take a virtual tour of the trail below!

At the time of its reveal, OSI had been seeking public comment on the trail before proposing its plans to the town board.  According to Eileen Larrabee, the associate director of the alliance for New York State parks, the project has not received any negative outreach.

“There have been a couple of things—questions about the trail’s location, whether or not there will be applications for equestrians—but everything has been positive,” Larabee said. “People are just excited about the trail, and they’re just looking for a little more detail.  Some things we haven’t worked out just yet.”

One particular New Paltz resident keen about the proposed trail is Mark Hahn of the Gunks Mountain Bike Association (GUMBA), who personally believes that every connection made between New Paltz area trails enhances the hiking and cycling network.

“With the River-to-Ridge trail, it will be possible to ride from Kingston, or Gardiner on the Wallkill Valley Rail Trail to the Mohonk Preserve and from there to ride all the way to Lake Awosting in Minnewaska State Park on trails, not roads,” said Hahn. “The more ways people are able to get from one place to another by bicycle, and the more places they can ride to, the more likely they are to consider using a bike to get there.”

This seems to be a significant concern of the project administrators, who throughout the month of August 2015, made preliminary field visits to all three locations where the River-to-Ridge Trail is planned to cross roadways at Springtown Road, Lewis Lane and Butterville Road.

These locations were studied for their potential pedestrian, vehicular and bicycle safety issues, sight distance issues, roadway alignment issues, and potential visual distractions along the roadway.

Accident data records obtained from the New York State Department of Transportation (NYSDT) indicate that from Dec. 1, 2011 to Nov. 30, 2014 the segment of Butterville Road, stretching from NYS Route 299 to Airport Lane, experienced the highest number of accidents with 24 reports over the three-year period.  Springtown Road, in its stretch from NYS Route 299 to Mountain Rest Road, had 10 reported incidents, while Lewis Lane, in its full length, has had zero reports. As stated in the OSI’s narrative, none of these accidents were reported to involve pedestrians or bicycles, and a majority of these accidents occurred at the three crossings intersections with NYS Route 299, not occurring in the immediate proximity of the proposed trail’s crossings. Despite this, project planners have proposed the installation of high visibility crosswalks, in addition to “Trail Crossing,” and “Stop” and “Yield” warning signs at all crossing locations to better control pedestrian and bicycle traffic, following permittance from the County Highway office.

In addition to the extensive efforts to protect trail-users, project directors have also reviewed several issues raised about the environmental impact of the trail.

According to an environmental assessment form provided by the OSI, after a review of the U.S. Fish and Wildlife Service’s (USFWS) “Information for Planning and Conservation” (IPaC), the project site has potential for the occurrence of several federally threatened or endangered species, including the Indiana bat, Northern long-eared bat and the bog turtle.

The trail is not expected to affect any potential summer roost trees or other hibernation shelters, which are typically inhabited by both species of bats, and while the site would be located in open areas, there are no emergent sedge meadows or similar habitat that would cause the bog turtle to appear on the project site.

The project’s construction plan, however, has called for the removal of approximately four trees for culvert replacement this winter as to avoid impacts to the bat species, as well as minimal clearing of vegetation within its Hillside Lot that will be revegetated after construction.

While the OSI’s project narrative states that none of these species should be affected by the proposed trail, any potential presence of these New York State-listed threatened or endangered species will be determined by the New York Natural Heritage Program (NYNHP) following a consultation of any additional information, findings, or requirements requested by the OSI in mid-August 2015.

There is also concern of flooding on the trailway because of poorly-drained soil mapped by the Natural Resources Conservation Service.  While the trail is not located on verified USFWS National Wetland Inventory-mapped or New York State Department Environment Conservation-mapped wetland sites, it does cross drainage swales that will require Army Corps and Town of New Paltz wetland permits.

According to New Paltz Town Planning Board Secretary Kelly O’Donnell, as of Nov. 9, 2015 the board is currently conducting a coordinated review of the environmental assessment form provided by OSI project directors.

“Right now all of our material has been submitted to the town board for their approval and we’re waiting for that approval,” said Larrabee.  “We expect it to take some time to review, but we’re hoping that we’ll gain some guidance and be able to move forward in the spring.”

The River-to-Ridge trail is expected to open in 2016 and will be free to use 365 days of the year. 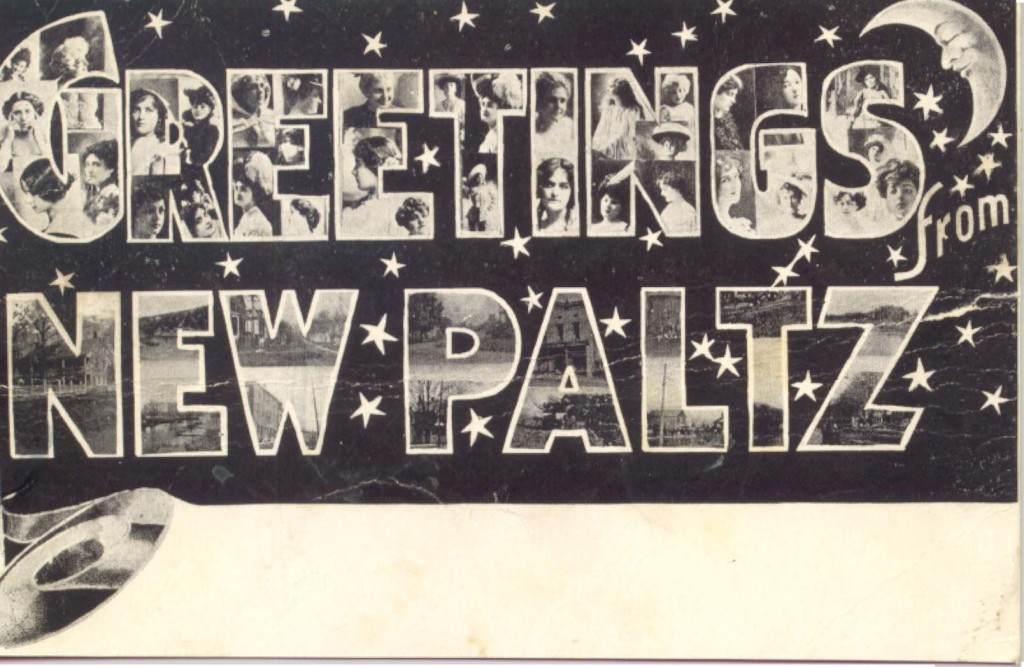